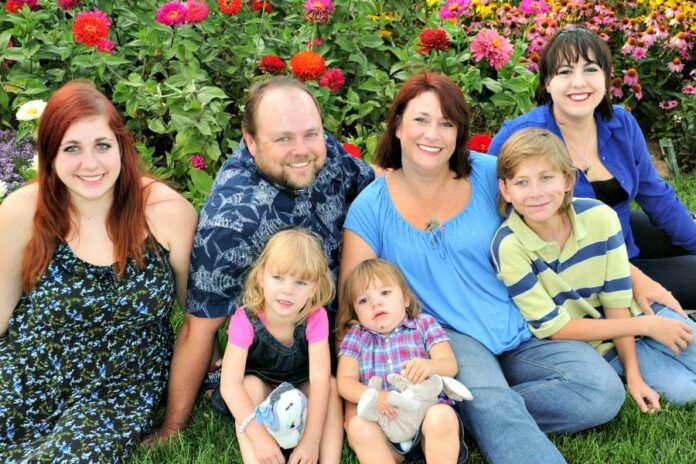 The realization hit Derek Barr one summer: he couldn’t have it all.

Working long hours and spending time with his wife and children was not possible.

“I was once one of those guys who would work all week and work overtime on top of it,” he said. “The Lord revealed to me that I missed my three older (kids) completely.”

Barr, who worked as a police sergeant for 19 years, quit his job in 2008 and rethought the strain of work-life balance.

He looked to the example of St. Joseph and saw that work was a way to worship God and support the family, but not at its expense.

“I learned that you have to be a father and husband first, second to your relationship with God. Then the work comes next,” he said. “I can say that my family is happier. We’re actually a family again and that’s been such a neat thing to spend time with each other.”

The work-life balance is cited as a struggle for not only mothers, but also for fathers, who often feel conflicted about too little time with their children, according to a Pew study in 2013.

Some 46 percent of fathers nationwide say they spend too little time with their children, and 50 percent say they find it “somewhat” to “very difficult” to balance responsibilities with work and family, the study reported.

Men have the best of intentions, Barr said, but he found a choice had to be made.

Not long after his conversion to the Church in 2006, Barr decided to attend the Augustine Institute and later the Biblical School.

“I had a summer of discernment and decided I needed to leave and get a degree,” said Barr, who attends St. Thomas Aquinas Church in Boulder.

He said he felt God’s call to start a career in teaching.

Today, Barr has spent four years as an instructor at the Biblical School. He said he spends more time time with his family and five children.

“It’s been an amazing change,” he said.

He will be the host of the school’s first Men of St. Joseph Night June 28 when men will enjoy barbecue, beer and talks on St. Joseph.