One year of fatherhood: a reflection 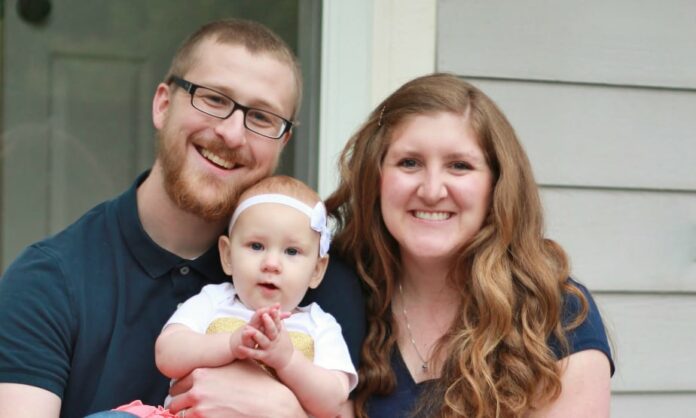 It was on a day much like today, just over a year ago, that I became a daddy. I’ll spare you the finer details, but let’s just say that my wife woke up around midnight to a huge contraction, and five hours later, I was holding my beautiful baby girl in my arms, wondering what in the world just happened.

I remember the lead up into parenthood very well. The day my wife and I found out we were having a baby was a joyous day, indeed. We waited eagerly for the pregnancy test to give us the news we were hoping for, much like a teenager asking a magic eight-ball if their crush likes them, and when it flashed positive, fighting back the tears of joy was a futile attempt.

The nine months that ensued were quite an adventure. As our daughter’s nanny-nook came to fruition and pockets of pink permeated every cranny of our little one-bedroom apartment, parenthood was no longer just a far-off fantasy we had both dreamed of; it was becoming very real, and fast.

Fast forward to now, and honestly, this past year feels like a blur. I can hardly remember the time when my daughter weighed less than fifteen pounds and didn’t zip around the living room floor like Speedy Gonzales, and I reminisce about the times when I would set her down and she would stay put, as opposed to now, when I have to make sure our dog’s food dish is out of her reach, lest she decide to gorge herself on its contents.

Sure, fatherhood has brought some challenges with it. As it turns out, bringing a little human into the world who is 100% dependent upon you for literally everything sucks up all of your free time. Not only that, stalking your child around the house to make sure they don’t get into things they’re not supposed to could be a professional sport. However, I’ve also gained a lot of new skills along the way, such as Spider Man-like reflexes and the ability to change a dirty diaper in ten seconds flat.

Despite the ups and downs being a dad brings, one thing’s for sure: fatherhood brings me more joy than any words I muster could ever portray.

The Lord calls each of us to different vocations, and he reassures me every morning that I’m right where I’m supposed to be when I’m greeted with the prettiest smile you ever did see and a look that could turn even the most stone-cold of men into a pile of mush. My daughter is an ever-present reminder of God’s love for me, and more importantly, of the covenant I made with my wife on our wedding day. The fact that God would use our love to create such a beautiful, perfect embodiment of his grace continually blows my mind.

I am far from the perfect dad. I fall short every single day, and I’m constantly in need of an extra dose of grace. As my daughter grows older, it’s inevitable that she’ll begin to realize that I’m not all I’m cracked up to be, and that daddy is a flawed and broken man. My deepest prayer is that I might be able to show Christ to her by living the faith to the best of my ability and simply teaching her how to love others as Christ loves us.

Throughout my first year of fatherhood, there are two things I’ve learned that stick out the most to me. First, if there’s one thing a new parent can do within the first year, it’s make a conscious effort to truly enjoy every moment they have with their new little one. It is such a gift to witness the genuine innocence and curiosity a baby has day in and day out, and this past year has been proof for me that time is fleeting. The nice thing, though, is that each new moment tends to bring even more joy than the one before it.

The second thing is to remember that it takes two to raise a child, and that teamwork between you and your spouse is of the utmost importance. As such, don’t neglect giving your spouse the attention they need as well. As new parents, it’s very easy to be consumed with showering your little one with all of your attention, which is not a bad thing, but remember the intense exchange of love between you and your spouse that God used to craft that beautiful little life, and continue to foster and nurture that love. After all, marriage is the sacrament; creating new life is merely a byproduct of that grace.

Oh, and one more piece of advice for dads specifically: if, like me, you have a daughter, don’t fight the inevitable wrapping around of her finger that you’ll experience. Try as you may to not let her voodoo powers get to you, the first time she utters the word “dada,” you’ll be done. I promise you that.