Was Jesus a pacifist? Understanding just-war theory in a nuclear age 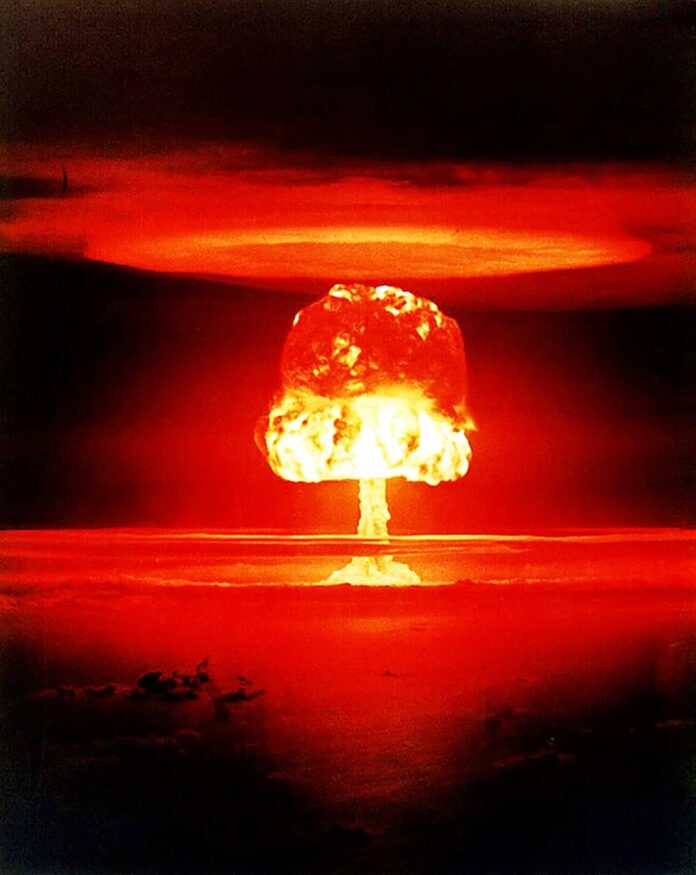 As tensions intensify in the Middle East and in relations between the United States and foreign countries, so does the fear of a possible nuclear war – and nobody wants that. Yet it does raise the question of whether taking part in such a war, or any type of war, would be something morally viable – if it would violate the evangelical principles of charity towards one’s neighbor or whether Jesus ever intended to allow the use of violence. To better understand the just-war theory that the Church has affirmed throughout the ages, Dr. Terrance Wright, professor of philosophy at St. John Vianney Seminary in Denver, helped outline some of the basic principles of this theory in dialogue with the Denver Catholic, raising points that he also addresses in his book Dorothy Day: An Introduction to Her Life and Thought, a volume written on the American Catholic journalist and pacifist in process of canonization.

Basic aspects of the theory

“Since the states have a responsibility to defend their citizens, they have a right to use force [when necessary]. War can then be justified if it is an act of justice – if it is trying to make sure that each gets its due and peace is restored,” Dr. Wright explained.

The just-war theory consists of two parts: jus ad bellum and jus in bello. The first one refers to legitimate reasons a state may engage in war and the second to how it must be carried out to remain just.

Jus ad bellum: The Catechism of the Catholic Church explains further on legitimate conditions to go to war (CCC 2309):

Jus in bello: With regards to the matter of justice within war two aspects are worth highlighting:

Modern warfare, nonetheless, has changed the way war is fought, affecting the moral decisions it involves.

“The Church has seen that the proportionality of nuclear warfare is an inherent evil,” Dr. Wright said. “The extent of the damage and number of non-combatants that would be killed makes it prohibitive.”

This has contributed to the rise of a different type of Catholic pacifism.

“Catholic pacifism can fall into two categories,” he explained. “One of them is what we call the ‘just-war pacifists,’ [who] accept the principle of war but say that contemporary warfare makes it impossible because you can’t avoid killing non-combatants.

“Absolute pacifists believe that the use of force is always wrong. So, they may accept the principal that states have a right to defend their citizens, but… the only method open to us is what they would call the ‘weapons of the spirit’: prayer, fasting and penance. The use of force would always be wrong, they argue, because it contradicts the teachings of the Gospel.”

The Church has seen that the proportionality of nuclear warfare is an inherent evil. The extent of the damage and number of non-combatants that will be killed makes it prohibitive.”

Some of the passages absolute pacifists often refer to are the Sermon of the Mount (Mat 5) – “turn the other cheek,” “love your enemies, and pray for those who persecute you” – and other words of Jesus or his own example of sacrifice.

A statement from Gaudium et Spes also contributed to these positions, as it opened the idea of a “conscientious objection,” which said it was a coherent Catholic position to refuse to participate in war, he explained.

Dr. Wright understands the difficulties a Catholic may experience when supporting the just-war theory or pacifism.

On one side, he sees that many may find the just-war theory hard to reconcile with the Gospel. On the other, he thinks it’s hard to take pacifism strictly, “particularly when trying to defend the innocent.”

In an interview with the Denver Catholic, George Weigel, distinguished senior fellow of the Ethics and Public Policy Center, argued that the theory does not violate the Gospel but compliments it with reason.

“Just-war thinking tries to live out the Gospel imperative of responsibility for one’s neighbor,” he said. “Or to put it in biblical terms, just-war theory tries to answer the question, ‘What should the Good Samaritan have done if he got on the scene an hour or so earlier, just when the robbers started to beat up the traveler?’”

He believes one of the greatest problems with most pacifist thought is that “it gives no answer to the question of how one keeps a Bashir al-Assad or Vladimir Putin from murdering innocents with impunity – although some pacifists have tried to think through effective means of nonviolent resistance to murderous tyranny.”

In his book Tranquillitas Ordinis: The Present Failure and Future Promise of American Catholic Thought on War and Peace, Weigel appeals to the complementarity of reason and faith, stating that the Church has always taught that humans have the capacity to shape the world in a Godly way through the use of reason; and a “radical ethics of intention,” such as pacifism, would deny the human capacity to do so when applied to the public order.

Just-war theory tries to answer the question, ‘What should the Good Samaritan have done if he got on the scene an hour or so earlier, just when the robbers started to beat up the traveler?’”

Moreover, he talked about a “common mistake” he believes just-war pacifists make in their approach to the theory.

“It’s a great mistake, made by everyone from Jimmy Carter to certain Vatican officials, to reduce the just war tradition to ‘in bello’ questions,” he said. “The first purpose of the just war tradition is to create a framework for collaborative moral reflection about ‘ad bellum’ issues: who’s got the authority to use military force? What’s a just cause? And so forth.”

As the tensions among nations increase, Weigel believes there is something very important governments and Catholics should keep in mind: “That prudence is the greatest of political virtues and that prudence involves the hard work of driving the stake of principle into the hard soil of reality without making reality any messier than it already is.”

This article was originally published May 28, 2018.