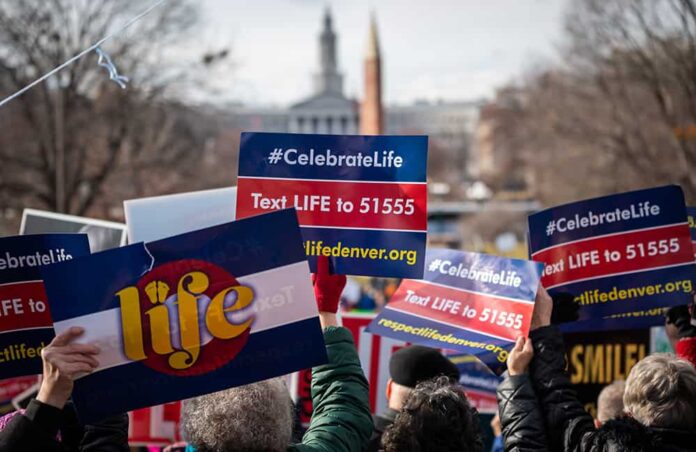 Pro-life advocates are hopeful that 2020 will see the pro-life movement building on its victories from the past year, despite court challenges and efforts by pro-abortion lawmakers to loosen abortion restrictions.

“In 2019, life-related bills were introduced in every state and we hope to see this momentum carry into 2020,” Katie Glenn, government affairs counsel for Americans United for Life, told CNA Jan. 6.

She cited the Supreme Court’s refusal to hear a challenge to a Kentucky law that requires abortion doctors to present and describe an ultrasound image of an unborn child to a mother seeking an abortion, and to play audio of the baby’s heartbeat. Advocate of the law say it helps ensure informed consent before an abortion.

In the upcoming year, more states are planning to consider heartbeat-based abortion legislation, although such laws often face legal challenges.

The South Carolina Senate will consider a heartbeat ban this year, after the House of Representatives passed the legislation last year. In Pennsylvania, Republican legislators have introduced a heartbeat-based abortion ban but Democratic Gov. Tom Wolf has pledged to veto it.

The Tennessee legislature could consider a ban on abortion based on whether a pregnancy hormone is detectable, as early as 10 days from conception.

In December, Michigan Right to Life delivered over 379,000 petition signatures on a citizen-led initiative to ban “dismemberment abortion,” formally known as dilation and extraction, an abortion technique in which the unborn baby is removed from the mother’s uterus with a clamp.

State law requires just over 340,000 signatures for the initiative to advance.

State records indicate that 1,777 dilation and extraction abortions were performed in Michigan in 2017, out of 26,594 total abortions.

If the Secretary of State’s Bureau of Elections certifies the petition signatures, the legislature has 40 days to consider the initiative.

The Republican-controlled House and Senate separately passed their own versions of a similar ban on a vote split along party lines. However, Gov. Gretchen Whitmer, a Democrat, had promised to veto the bill.

If the legislature supports the proposal, the initiative would bypass the veto threat and automatically become law, the Detroit Free Press reports. If the legislature does nothing, it would go on the ballot for the 2020 general election.

In Colorado, the group Due Date Too Late has organized a petition drive to put on the 2020 ballot a 22-week abortion ban. The ban exempts abortions that in a doctor’s judgement are an immediate threat to a woman’s life.

The group must collect over 124,000 signatures by March 4 in order to qualify for the ballot. They must then secure a majority of the vote in the general election for the initiative to become law.

The initiative has the support of Catholic bishops in Colorado, who have granted permission to pastors in every Catholic church in Colorado to allow trained petitioners to ask for signatures at their church.

Archbishop Samuel J. Aquila of Denver in his Oct. 9, 2019 column lamented that Colorado has “some of the least restrictive abortion laws in the country.” He urged all Catholics to become involved in the effort to limit abortion in the state.

Pennsylvania legislators have also proposed a new regulation requiring medical facilities to “cremate or inter the fetal remains” from miscarriages or abortions.

Such rules have new prominence after authorities discovered more than 2,400 fetal remains kept at the properties of a deceased retired abortionist who worked at three Indiana clinics.

Indiana Attorney General Curtis Hill, a Republican, said in a December 2019 report that the case “exemplifies the need for strong laws to ensure the dignified disposition of fetal remains.”

Glenn said the average citizen can advance pro-life legislation by calling their local legislators and Members of Congress to express support for these issues.

“If you are able, show up in person and testify on a bill. You do not have to be a lawyer, and some of the most moving testimony I have ever heard is from people who just care deeply about their community.”

Success in state and federal courts is also imperative to the progress of pro-life initiatives.

There are currently dozens of pending court cases on abortion-related issues including medical safety standards and free speech rights of pro-life advocates. There are also direct challenges to Roe v. Wade, the 1973 precedent which helped mandate legal abortion nationwide.

Glenn said the biggest legal case in 2020 is June Medical Services v. Gee, which the U.S. Supreme Court is expected to hear in March. The case concerns Louisiana requirements that doctors who perform abortions have admitting privileges at hospitals within 30 miles of their abortion facility.

“The Gee decision may impact some of these, but we expect that the Supreme Court and the lower courts will keep regularly hearing abortion lawsuits in the near future,” she said.

Amid speculation that the U.S. Supreme Court could change federal precedent on abortion, backers of legal abortion are working to defend their position at the state level.

In 2019 California, Illinois, Maine, New York, Rhode Island and Vermont passed legislation to strengthen and expand protections for legal abortion, and this trend could continue in the coming year as well.

“Already states like Massachusetts and Virginia have begun pushing extreme ‘Roe’ Acts that would allow abortion throughout the entire pregnancy,” Glenn commented.

“These bills expand abortion well past viability and remove health and safety protections for women and girls,” Glenn said. “These bills place the financial interests of the abortion industry ahead of the wellbeing of women, and in a state like Massachusetts where the legislation seeks to remove any parental involvement, ahead of the wellbeing of young girls and their families.”

The Massachusetts legislature is set to consider the Roe Act, which would remove parental consent requirements for underage girls seeking to procure an abortion. It would allow third-trimester abortion if a doctor diagnoses the unborn baby with a fatal condition.

It would establish a right to an abortion under state law, securing legal abortion if federal court precedents are modified or overturned, National Public Radio reports.

However, the bill has not yet passed through legislative committees and Massachusetts Gov. Charlie Baker, a Republican who generally favors legal abortion, has said he does not back the bill’s expansions of abortion legality.

In Virginia, lawmakers have introduced legislation to remove parental consent requirements for minors seeking abortions, to eliminate requirements that a pregnant woman must have an ultrasound before an abortion, and to amend the Virginia constitution to make access to abortion a permanent legal right.

There will be opportunities for those in Colorado to sign a petition to support putting Initiative 120 on the 2020 ballot at the Celebrate Life Rally and March in Denver, Colorado on Saturday, January 11. To learn more, go to respectlifedenver.org.

Married couples invited to be celebrated at annual Anniversary Mass