The Reformation: Why it matters and how you can learn more about it 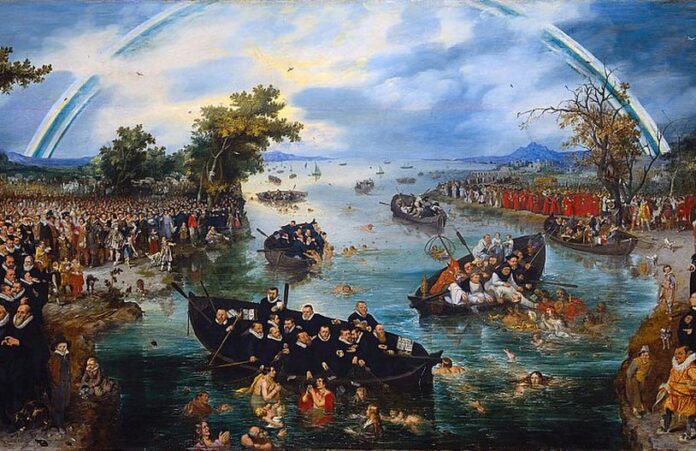 It is hard to think of an event that shaped the modern world more than the Reformation. Not only did it split the Church in Western Europe, it also split its traditional culture, one that had flowed from a vibrant faith that permeated the entire social fabric of Christendom. Figures such as Martin Luther and King Henry VIII, as well as saints such Ignatius of Loyola, Thomas More, and Teresa of Avila, continue to capture our imagination.

For the five hundred year anniversary of the Reformation in 2017, I reviewed a number of books for the Denver Catholic, first on the role of Martin Luther and then attempting to debunk Reformation myths. I’ve continued to study and teach on the Reformation through the years and recently discovered a substantial text, of over 800 pages, providing more depth than most introductions, while remaining very readable. Carlos Eire’s Reformations: The Early Modern World, 1450-1650 (Yale, 2016) presents a balanced account that does justice to both sides of the divide and, for the most part, avoids common misconceptions. Eire demonstrates how the Reformation entailed a “reshaping of [the] world,” creating a new way of life in politics, social welfare, the family, and especially religion. “The most significant long-term consequence of this redefinition was somewhat ironic, for the religious fervor of the Reformations eventually forced religion to assume a less prominent role in the world it sought to improve. The simple fact that Christendom was no longer unified by a single church and a common set of beliefs and values made it necessary for Europeans to deal with one another on more ‘worldly’ or secular terms” (717-18).

Studying the Reformation helps us to understand our world and the difficulty of living the Christian faith within it. The Reformation leads us into questions of what we believe and why; the nature of the Church and the Christian life; how one’s belief affect culture and society. It also provides perspective on current challenges and the way in which we can respond to them. The challenges that surrounded this tumultuous time led to both true and false reform and raised up great saints, a major Council, beautiful arts, and new religious orders. By calling the foundations of the Catholic Church into question, the Reformation initiated a great movement of renewal that overcome corruption and initiated a new period of evangelization and rebuilding.

If you are interested in learning more about the Reformation, I am offering an eight-week course beginning later this month on its history and theology, addressing both Protestant and Catholic movements, entitled “Church Divided: The History and Theology of the Reformation.” Here is the course description: “The Reformation stands as one of the most significant events in the history of the Church and Western civilization. It ended the medieval culture of Christendom, initiated a more individual understanding of religion, and began the West’s descent into secularism. This course will examine the key figures and events of the Reformation, as well as the theology behind it. We will see how this theology continues to shape debates and how the West still lives in the cultural shadow of the civil war of Christendom.”

For more information on the course, which begins Jan. 21 and meets Tuesday evenings from 6:30 p.m. – 8 p.m. at the Archdiocese of Denver, please click here.