His Church. Our Experience.
Subscribe
HomeWorld & NationDid an out-of-touch abortion stance cause Democrats to lose the Senate?
World & Nation

Did an out-of-touch abortion stance cause Democrats to lose the Senate? 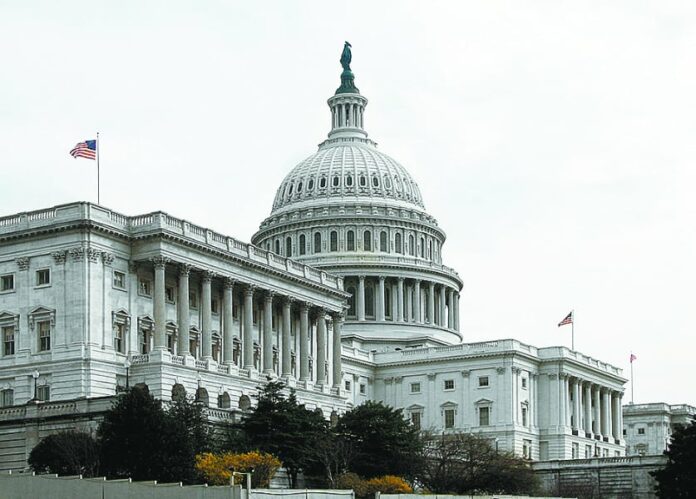 In the wake of momentous losses for U.S. Democrats on Election Day Nov. 4, one group said the party’s abortion stance may be isolating voters and hindering candidates on both sides of the issue.

“It was a rough election cycle for pro-life Democrats, largely due to our own party position on abortion,” Democrats for Life executive director Kristen Day told Catholic News Agency.

“In pro-life states and districts, Democrats, and particularly pro-life women, have a hard time pulling the lever for a candidate who is associated with a party that not only supports abortion but actively campaigns against providing any reasonable restrictions on a ‘medical procedure’ that takes a life,” Day explained in a press release.

Noting that 21 million Democrats identify as pro-life, Day said that the party’s inflexible stance on the issue is too extreme for most members of the party.

“A large majority of Democrats support reasonable restrictions on abortion. We are alienating a whole new generation of pro-life Democrats.”

Democrats were trounced at the polls as Republicans took control of the U.S. Senate, expanded their control of the House, and won the governor’s mansion in blue states like Maryland, Illinois and Massachusetts. Of the eight Democratic candidates endorsed by Democrats for Life, only two won their elections, both incumbent congressmen.

Day said that the Democratic Party’s rigid emphasis on abortion hurt the party overall—both those who adhere to the party’s platform and those who object to it.

In some cases, a singular focus on abortion came across as desperate to voters, she said, pointing to incumbent Democratic Sen. Mark Udall’s loss in Colorado after attacking his opponent’s (Congressman Cory Gardner) pro-life stance so heavily that he earned the local nickname “Mark Uterus.”

“He made his whole campaign about abortion,” Day said of Udall.

Democratic Texas governor candidate Wendy Davis also made abortion a focal point of her run for office. She lost the election and failed to gain the women’s vote in the state. Similarly, abortion activist Sandra Fluke, who gained public attention by advocating for employer-funded contraception, lost her bid for California state Senate by a 20-point margin.

Day also pointed to Maine, where the Democratic congressional candidate Emily Cain “made abortion the foundation of her campaign” and “lost in a Democratic-leaning district that was in Democratic hands since 1995.”

However, Day suggested that the Democratic Party’s “out of touch” platform on abortion harmed not only those candidates who agree with it, but hampered the efforts of pro-life Democrats as well.

In West Virginia, Democratic governor Earl Ray Tomblin—who has previously described himself as “pro-life”—vetoed a Democratic-led effort to pass a late-term abortion ban.

Day thought this helped torpedo the re-election chances of House Rep. Nick Rahall, whom she had endorsed.

She said that Rahall lost in a “guilt by association” race, in which Republicans were able to make the argument that “you cannot trust pro-life Democrats in West Virginia.”

“That just provided everything the Republicans needed to attack pro-life Democrats and say this was their plan all along, they never wanted a 20-week ban,” Day explained.

Democrats must become a big-tent party on life issues to have any hope of re-taking the House and Senate, Day insisted.

“First of all, we need to change the platform,” she said. “We have to have a more inclusive platform and say pro-life Democrats are welcome.”

“At least we need to take steps to not carry NARAL’s water anymore,” she added. “We are a big tent party that wants to help all those who need assistance, all the vulnerable. We need to help the hungry, help the disabled—our traditional values. And the unborn child is part of that. And that’s what our party should be. And we’re not doing a good job.”

Two Democratic incumbents with strong pro-life records did succeed in the election. Dan Lipinski of Illinois and Collin Peterson of Minnesota were easily re-elected to the U.S. House of Representatives. Both had been endorsed by Democrats for Life and are known for supporting pro-life legislation.