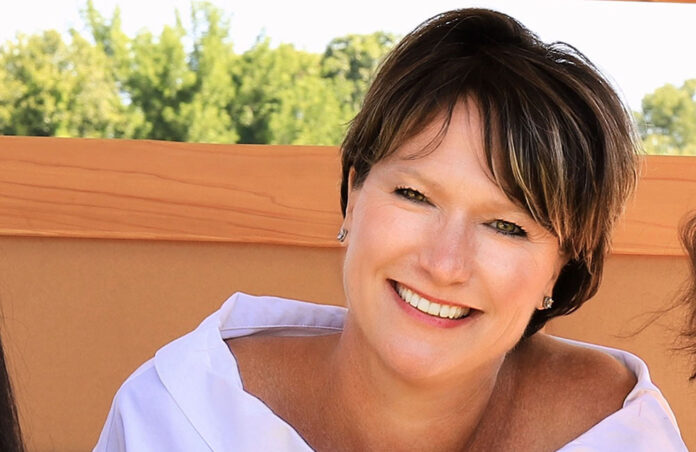 On Dec. 14, 2012 Jennifer Hubbard’s six-year-old daughter Catherine died when a lone gunman shot his way into Sandy Hook Elementary School in Newtown, Conn., and gunned down 20 first-graders and six adults before killing himself.  In her suffering, compounded by the end of her marriage and the death of her father, Hubbard grew closer to God and deepened her faith. She found purpose and grace in just doing the next thing that needed to be done, particularly as she helped her son, just two years older than his sister, to also heal from the loss. God’s gentle presence was all around, as when an error in Catherine’s obituary led to the founding of an animal sanctuary in her honor to be a place of healing and peace. Today, Hubbard is the president and executive director of the Catherine Violet Hubbard Animal Sanctuary, a national Catholic speaker and retreat leader, and an award-winning writer with Magnificat. Hubbard recounts her path from tragic loss to hope and healing in her book, Finding Sanctuary (Ave Maria Press, 2021). She recently spoke to the Denver Catholic about her journey.  The interview has been edited for clarity and conciseness.

DC: How did you learn your six-year-old daughter Catherine had died?

Hubbard: I was called by a friend who had gotten word that something had happened at the school. By the time I got there the kids had been gathered in the firehouse that was down the street. The protocol with fire drills and emergencies was to take a short walk down the drive and assemble at the firehouse. When I got to that meeting spot there were a lot of emergency vehicles. It was somewhat chaotic, but it didn’t take long to get everyone organized. Once it was, it was pretty apparent that there was a whole class missing. We knew there had been a shooting. Early afternoon it was announced that there were fatalities because of it.

DC: What was your first reaction?

Hubbard: It was not at all what I think people would envision. I don’t think anyone knows or can anticipate how they will feel in that moment whatever that moment is when you discover your world is not what it was. It was numbness. In retrospect, I was in shock. The magnitude of what had happened had not even yet come close to me.

DC: Tragedy can lead people to or away from belief in God. You write about experiencing God’s presence in your suffering, share a little about that.

Hubbard: The presence that I felt was a quietness and a serenity that I had not ever experienced before in my life. Partly, I believe, because all of the distractions, noise and busyness of life in a day-to-day normal world were ripped away. There were the initial preparations of a funeral and notifying people and dealing with the ritual of burying and death. Once we’d gotten through that, life became very quiet.

That quietness is where I really discovered God in the following weeks and months. Through prayer and in just doing the next best thing — just doing what was right in front of me. Interestingly, I discovered that that’s exactly where God really wants us and where he will speak to us most loudly. It’s not in the rushing around and the striving of “I need to be bigger and better and accomplished or put on a faith.” God has plans and reasons for us to live in the moment. For me, some days it was simply getting out of bed and packing a lunch box and being there when my son got off the bus. That’s where God wanted me and where I discovered his calming presence and peace.

DC: What role did journaling play in your healing and had you journaled prior to the tragic loss of Catherine?

Hubbard: Journaling wasn’t necessarily something that was part of my everyday routine, but it was something I was familiar with. I was in the grocery store and this woman, her eyes spoke volumes, she looked at me with such a knowing and said, “You should write it all down because you’re not going to remember anything.”

I started writing things down, more so in regard to my prayer life, which is something that was a part of my life before Catherine died, albeit a smaller sliver of my day. My journals immediately following Catherine’s death were very well appointed and very well scripted and I would pull out pages that I didn’t think looked nice.  My journals today are a reflection of my heart; a heart that’s not trying to be anything other than what it is.

DC: Your time of mourning Catherine’s death included fallout with your family, the illness and death of your father, and the end of your marriage. Were you angry with God and what did you do with that anger?

Hubbard: I wouldn’t say angry, although at times it’s probably an accurate description…more so disappointed and confused. Before Catherine died, I was growing in my faith — it was rich and alive and on fire. I really felt like I was leaning in to wherever God was leading me. I think a trap many of us who follow [Christ] fall into is thinking, I’m a good and faithful servant, why are bad things happening to me?  If you love me God, why would you do this to me?

I was at a stoplight at a Stop & Shop. I started grumbling, it gained traction, snowballed and ended with me Iashing-out at God. I discovered I was not going to be punished because of questions I had or disappointments I felt. Now I’m quick to release those feelings because God knows what our hearts are feeling and thinking and his purpose for us is that we can hand those to him and leave them with him in a trust and a knowing that he will take them and he will make them right. When he does it will be in a most remarkable way. It may not even happen in my lifetime but that’s OK, because at the end of day God’s plan is good.

DC: How did you find the way to forgiveness and peace?

Hubbard: It was a slow transformation. There is no book or checklist or roadmap that anybody can pick up and say, I’m going to do these five steps and at the end I’ll be at peace. I wish there was — that would be so great! Where I discovered it, was in just taking the everyday moments and appreciating them for what they are. And not thinking too far beyond what I could handle.

At the beginning of this long journey, it was just the next day. I couldn’t think beyond that. Over time, as healing settled in my soul, what I found is I could look a bit further — I could hope for what was to come, and the dreams and the ideas of what my world might look like. I was able to ponder on them and become hopeful.

Eventually, I was able to look back and see where I’d been and thought, Oh my gosh, I’m in a really good place. When I look at seasons of my life — going through divorce, the loss of my father — now I have a trust: there was a way forward before and there will be a way forward in this instance. I’m a lot quicker to settle my soul.

DC: Have you been able to forgive the shooter?

Hubbard: I have. I’ve never really felt a need to look at his family or actively say, I forgive you. I always had a sense of, because of some of the ground rules we set as a family, we’re not to judge. That’s a huge release. That also means not holding people ransom. That’s not my job. I want to be forgiven and I seek forgiveness every day for the things that I do. So, who am I to not extend the same?

DC: The omission of a word in your daughter’s obituary prompted an unexpected encounter that led to founding the Catherine Violet Hubbard Animal Sanctuary. Share a bit about that providential experience.

Hubbard: It was just a complete omission error. We were writing the obituary and filling in the blanks on the form. The question was: In lieu of flowers, what do we want? What was Catherine’s cause? As a six-year-old it’s not like she had a charity she supported. Her heart was animals. We decided on the Animal Control Center, which is the pound. But we left out the word “control.” There’s actually an Animal Center of Newtown, which was four women. They rescued cats and had just begun rescuing dogs. They showed up at our house a few weeks later and said, “We’ve received over $100,000 in donations in Catherine’s memory and want to know what you want us to do with this money.” (The women shared that they envisioned an animal sanctuary.)

DC: It seems God really provided the hands and means for the animal sanctuary to happen. Would you like to share a little about how it came together?

Hubbard: The sanctuary has been a number of grace after grace after grace experiences. From the property that was gifted to us by the state of Connecticut — 34 acres — to the people that have come around us. It’s a tangible reminder of God’s provision in our lives. There’s no way that without his divinity in the moving parts and bringing the people together — people who have worked pro-bono, the people who have supported it — that it would be what it is today. It really is a place for me where heaven and earth collide powerfully.

DC: Your book Finding Sanctuary recounts your healing journey. Who is the book for and what would you like people to take away from it?

Hubbard: It’s for anybody who has gone through or is in the midst of going through a period of darkness and trauma. It’s for anybody directly impacted or involved with someone experiencing loss: the loss of a job, of a loved one, loss of marriage. My hope is that it can give some hope.

Roxanne King
Roxanne King is the former editor of the Denver Catholic Register and a freelance writer in the Denver area.
RELATED ARTICLES
Events