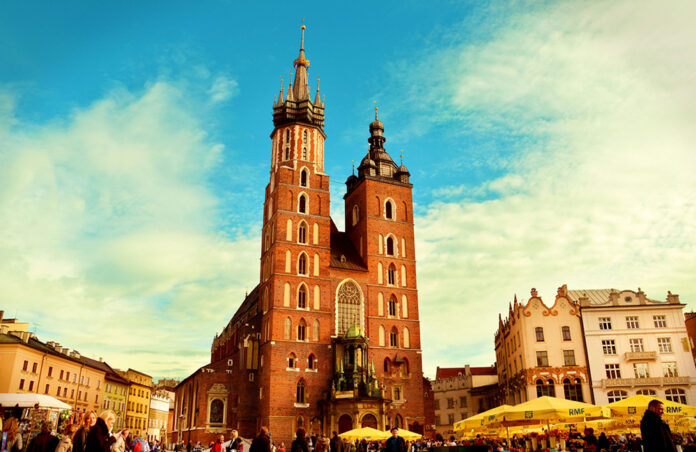 It was a two-week whirlwind that changed my life forever, that first visit of mine to Poland in June 1991. Looking back on it, I’m reminded of something H.L. Mencken wrote of a similarly transformative experience: “It was brain-fagging and back-breaking, but it was grand beyond compare – an adventure of the first chop, a razzle-dazzle superb and elegant, a circus in forty rings.” My first weeks in Poland were all of that, and more. For what I learned in dozens of conversations during that fortnight became the crux of The Final Revolution: The Resistance Church and the Collapse of Communism; the publication of that book (the first to argue that John Paul II and the Church had played pivotal roles in the collapse of European communism) led to my first serious conversation with the Polish pope; our relationship ripened over the next few years to the point where, in 1995, I rather boldly suggested to John Paul that I write his biography; and the rest, as they say, is history.

Over the past three decades, I’ve spent about three years, all told, in Poland, much of it in Cracow, a city I’ve come to regard as virtually another home. On this anniversary, however, my mind turns to some extraordinary people I first met in June 1991. Many are no longer with us but I cherish the memory of them, for their contributions to my education in matters Polish was incalculable.

I think of the former Solidarity activists, many of them political prisoners under martial law, who were then members of the Polish government, influential journalists, or academics finally able to teach as they saw fit in a free society.

I remember Cardinal Franciszek Macharski, a man of great natural dignity, shrewdly chosen by John Paul II as his successor in the See of Cracow. Macharski, for his part, had the good sense not to try to be Karol Wojtyła 2.0 but to be himself – which was more than enough, for he showed himself full of grit and courage when Poland suffered under martial law in the 1980s. It was Macharski who told me of the tradition that the archbishop of Cracow is the Defensor Civitatis, the last line of defense of the people and their rights. Like his predecessor, Franciszek Macharski lived that episcopal role magnificently, as had the wartime archbishop both he and Karol Wojtyła revered, Cardinal Adam Stefan Sapieha.

I think of Jerzy Turowicz, a charming, elfin septuagenarian who for decades ran the only reliable newspaper in Poland, Tygodnik Powszechny (Universal Weekly), with the protection of the Archdiocese of Cracow. Its editorial staff included brilliant men and women who could not get the academic and professional positions for which they were qualified because they were serious Catholics. And in its pages, a future pope cut his literary teeth as a poet and essayist.

I remember Father Jozef Tischner, a bluff, hearty son of the Polish highlands, a tremendous joke-teller, and a world-class philosopher. His brilliant sermon on September 6, 1981 at the first Solidarity Congress – a meditation on work and the Eucharist – should be in the Liturgy of the Hours as the second selection of the Office of Readings for the Memorial of St. Joseph the Worker.

I remember visiting Auschwitz-Birkenau for the first time and praying outside the starvation cell where St. Maximilian Kolbe had given his life for a fellow-prisoner – and finding it, like the 12th station of the cross in the Holy Sepulcher in Jerusalem, one of the easiest places in the world to pray.

I remember a lengthy Sunday afternoon talk with Father Kazimierz Jancarz, who looked like an NFL linebacker, mocked himself as “just a proletarian,” and then explained to me how his parish church in the industrial town of Nowa Huta had been a center of underground resistance activities during and after martial law – a place where people came to speak freely about a future they could only imagine, but for which they wanted to be educated and prepared.

None of this would have been possible without the assistance of my colleague and friend Rodger Potocki, who was the best of companions, a knowledgeable guide, and the man who made me read aloud all the road signs we passed, so that I could at least pronounce Polish (more-or-less) correctly.

Three decades of work and conversation in Poland have shaped me in ways I would not have thought possible 30 years ago. For that, I am deeply grateful to a nation that might yet become a model for 21st-century democracy, if it took the social doctrine of its greatest son seriously.