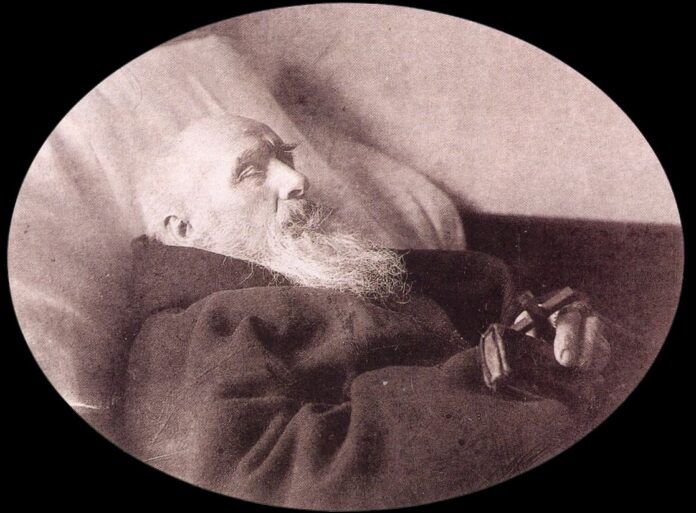 You may know the Capuchin friars from their longstanding service within the Archdiocese of Denver. They serve at Annunciation Parish and the Denver Catholic recently highlighted their new food truck to serve the homeless. The average person is more likely to recognize the drink, Cappuccino, named after the friars, or even to encounter the Hooded Capuchin monkey on display at the Denver Zoo. Capuchins, however, are a group of Franciscans formed during the reforms of the Counter Reformation in 1528, emphasizing contemplative prayer and greater austerity.

Denver is the center for the St. Conrad Province of the Capuchins, which has been experiencing growth in the number of young friars in formation. One of their veteran friars, Fr. Blaine Burkey, author of Julia Greeley’s biography, In Secret Service of the Sacred Heart, recently edited a biography of the province’s namesake, Conrad of Parzham: Friend of Man and Man of God, written by a Swiss Capuchin brother, Niklaus Kuster (Capuchin Provide of Mid-America, 2018). The book provides a short and accessible overview of his life, as well as the author’s reflections on how St. Conrad’s witness relates to today’s culture through letters to the saint.

St. Conrad (1818-94) was a German farmer, born John Birndorfer, who, after experiencing a late vocation at age 30, spent the rest of his life serving as porter to the Capuchin friary at the great Mariana shrine of Altötting in Bavaria. Because he spent almost half of his life on the farm, Conrad gives us a profound witness of holiness in the world, as well as his life in the friary. He assumed responsibilities on the farm as a young man, as his parents passed away when he was still relatively young. He would not wear a hat in the fields, because he treated them as a place of prayer and tried to maintain contemplative silence during his work. He also regularly visited the surrounding country parishes each weekend, engaging in long, prayerful walks.

He felt joy in joining the Capuchin order, now able to dedicate his entire life in service of God and neighbor as a lay brother. After traveling for a few years to surrounding friaries for formation, he settled into his role as porter of the friary at Altötting, the largest shrine in southern Germany, for the next forty-one years. As porter, he greeted the tens of thousands of pilgrims who visited the friars each year. He was known for his patience, attention, and the bread and beer he distributed each day (for which reason I offered him as a patron saint in my book, The Beer Option). Like his work in the fields, he kept his contemplative spirit in the midst of his work, even when the crowds proved loud and rowdy. His long days included ample time for prayer, as he rose before the other friars to open the church and eventually the door for the guests.

St. Conrad offers us a great example of humility, love, and service, as well as staying prayerful even in a busy daily schedule. His new biography offers us a chance to meet him and to ask for his prayers for ourselves and our Capuchin community. The book is available locally at Gerkens Religious Supplies and online at amazon.com.