His Church. Our Experience.
Subscribe
HomeLocalLike a weaned child with its mother...
Local 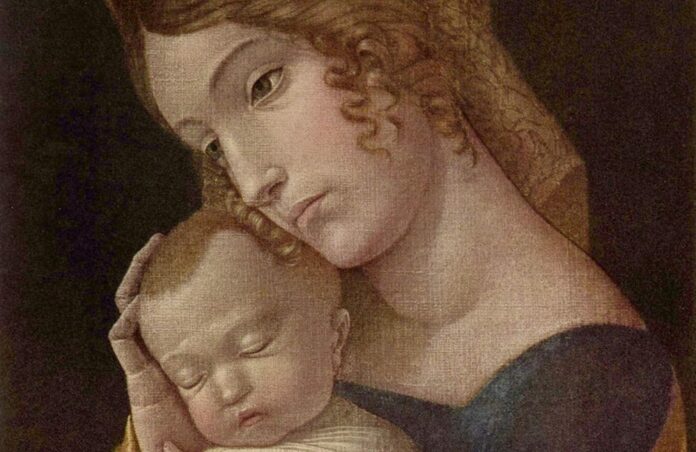 It happened on a 12.5-hour flight from Munich to Denver. I was sitting in the second row and in front of me, in the front row, in full view, was a young mom with her baby of approximately six months old. Twelve hours is a long time and passengers were looking for the best ways to spend it: reading, trying to sleep, watching a movie, or just distracting themselves one way or another, hoping time would go by more quickly. For that young mother, there were no movies or any kind of reading. She spent twelve hours with her child: comforting him when he cried, distracting him with a toy, moving around… With the baby in her arms the entire time. At some point, when the lights of the plane went down inviting everyone to get some sleep, I noticed both of them falling asleep. The baby slept peacefully crouched on his mother, with his little face close to her, and the mother, soundly asleep and still tightly hugging her little boy.

At that moment I thought about the countless hours in which Jesus, at just a few months old, would also probably fall asleep crouching on his mother and the times that Mary would fall asleep while hugging him gently. Throughout those countless hours bonded to each other, with their hearts beating very close to each other, the baby staring at his mother’s face, sleeping on her for hours, a pure and unbreakable bond was built and recognized in the voice of Baby Jesus calling this woman “mama,” even before he took his last breath on the cross. The nine months in the mother’s womb and the first few years with our eyes focused on the woman we call “mom” set in any human’s heart an indisputable love for that woman.

Catholics understand Jesus’ relationship with his mother, Mary, not only in the highest theological significance and biblical strength, but also in its human dimension. Everything that we read in the Scriptures about this relationship has to be understood from a human, maternal, tender, and loving bond between Jesus and his mother. They lived together for 30 years, day and night, treating each other with affection, enjoying the little things of a humble family life, and conversating about God.

In the Old Testament, the names of 84 mothers are mentioned. In many cases, the mother appears as the most important woman in a man’s life. The intense relationship of man with his mother is part of the Jewish soul. Rabbi Soloveitchik says that “the mother will always see in her son, no matter his age, the baby that she gave birth to.” For a mother, “the image of her baby, the memory of that little boy in her arms, the image of her playing, smiling, hugging, feeding, and bathing him, never fades. She always sees her son as the little one who needs her company and support, who she always must protect like a shield.” Thus, due to this relationship between her and her son, for a good Jew, there is no love greater than the love of his mother, after the love of God. The Jewish Midrash says that when God wanted to indicate the greatest love in a human sense, he used the love of a son for his mother.

Jesus, the man from Nazareth, from a Jewish race and culture, and the man with the most sensitive and perfect soul that ever existed, loved his mother with all the endlessness of his divine and human heart. Catholics worship and share these feelings with our Savior, and that is why we call Mary “Mother” and ask for her protection and affection. It is a matter that comes from the heart.

I wish all the mothers out there a Happy Mother’s Day. May the Lord bless and keep you!