Unlocking the secrets of the Bible 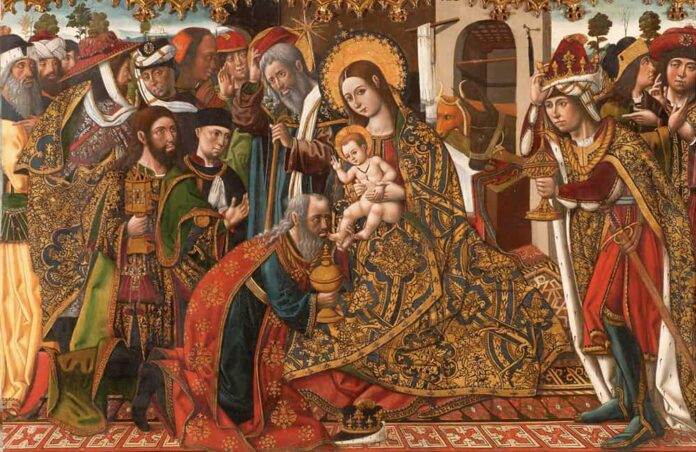 The Bible doesn’t keep secrets in terms of deliberately hiding details from us. Its meaning, however, comes alive for those with faith, who can understand its supernatural message. We also can miss important biblical details by being so far removed from the original historical and cultural context. I previously reviewed a coauthored book, A Catholic Introduction to the Bible: The Old Testament, by the great Catholic exegetes John Bergsma and Brant Pitre, who unlock so many hidden details for us. They both have recent books that help us to read the New Testament through “Jewish eyes,” how its original audience would have seen it.

The Role of Mary, Mother of the Messiah

Pitre’s book, Jesus and the Jewish Roots of Mary: Unveiling the Mother of the Messiah (Image/Augustine Institute, 2018) draws not only upon the Old Testament to understand Mary’s place in salvation history, but also upon “ancient Jewish traditions outside the Bible that may have circulated at the time of Jesus. In particular, there are Jewish phrases, customs, practices, and beliefs reflected in both the New Testament and these extrabiblical Jewish writings” (195-96). This approach pays dividends, as Pitre shows how the New Testament draws upon the Old to portray Mary as the New Eve, the new Ark of the Covenant, the Queen Mother of the Messiah, a perpetual virgin, miraculous mother of Jesus and the Church, and the new Rachel.

The book contains helpful charts that lay out parallels between Old Testament passages and those in the New related to Mary. For instance, one points to the similarities in terminology between Genesis’ description of Eve and John’s portrayal of Mary in his Gospel (29). Another compares vocabulary used to describe the Ark to Luke’s description of the Annunciation and Visitation (58). One fascinating chart looks at how Isaiah prophesied that the Messiah would be born outside of normal labor and its pains, but also how the pains mentioned by John in Revelation speak of how Mary shared Jesus’ pain in birthing the Church (144; also 146). The last chapter explores a lesser known parallel to the matriarch Rachel, looking at how her sorrowful motherhood of Joseph and Benjamin turned into a mystical intercession for Israel’s later suffering, pointing to an Old Testament type for Mary’s intercession for the Christian faithful (177). All of these parallels provide biblical support for the Catholic understanding of Mary’s role in salvation. “From a Jewish perspective, the idea that God would give a special place and power to the prayers of a living and sorrowful mother,” especially the mother of the Messiah, “is not only plausible but also compelling” (183).

The Historical Context of Judaism during the Life of Christ

In the Gospels, we meet two common sects of the Jews: the Pharisees and Sadducees. In addition, there was a third major sect, the Essenes, that do not appear by name in any of the Gospels. They are described in detail by the Jewish historian Josephus, though they did not receive much attention until the discovery of the Dead Sea Scrolls, beginning in 1946. We now know enough about the sect to see how their unique way of life relates to many details of the Gospels. In fact, digging into the details of the prayer, ritual, and communal life among the Essenes sheds much light on the historical background of Jesus’ teaching.

John Bergsma has unlocked the important background of the Essenes for us in Jesus and the Dead Sea Scrolls: Revealing the Jewish Roots of Christianity (Image, 2019). Bergsma convincingly demonstrates, by using the scrolls, how many things scholars have attributed to later Christian developments grew more organically out of the Jewish context of the time. Topics, such as messianic expectation of a new covenant, the mission of John the Baptist and the gathering of the Church take on new light by looking at the Essene background.  Bergsma explains how “the Essenes were not the ‘parent’ movement of Christianity, but rather the Qumranites and the early Christians were ‘siblings,’ both born from the faith of ancient Israel, both communities formed to await the coming Messiah(s). In structure, liturgy, and theology, the Essenes and early Christians were remarkably similar, but they diverged sharply on a few very important matters” (226-27).

Jesus and his disciples seem to be in agreement with the Essenes on the following points:

• The central role of Baptism as a transformational experience.

• Criticism of the leadership of Sadducees and Pharisees, including their control of the Temple.

• Holding a meal of thanksgiving with bread and wine that demonstrates membership in the community.

• The indissolubility of marriage and the importance of celibacy.

• Celebration of the Passover by an older solar calendar, versus the lunar calendar followed by the Temple leadership (which explains the apparent discrepancy in dating the Last Supper in the Gospels).

They were in disagreement on these points:

• The predominate focus on men in Qumran’s membership.

• The need for complex ritual purity and the extreme importance of this purity in Essene life.

• The inclusion of Gentiles into the covenant brought by Jesus.

• The identity of the Messiah (as both priest and king in the line of Melchizedek) as found in Jesus, the Son of God.

Bergsma’s book is eye opening, showing how Jesus both fulfilled the expectations of many Jews of his day and also transcended their hopes by giving his divine life for our salvation.

The Enduring Significance of the Ten Commandments

Bergsma also notes how the Qumran scrolls help us to interpret Paul in relation to the controversial point of “works of the law.” Paul speaks of salvation through faith rather than works of the law, leading Luther and other Protestant interpreters to reject the necessity of good works for salvation. The Dead Sea Scrolls provide the only other ancient reference to “works of the law” and, in their text, the term pertains to issues related “either ritual cleanliness or liturgical regulation. Nothing pertains to the Ten Commandments or the moral law” (213). Bergsma points to scriptural evidence that Paul meant the same: circumcision and dietary laws cannot lead to salvation. He comments, “If Paul were arguing against the need for ‘good works’ in the life of a Christian, then he would object to people doing acts of love or mercy in order to try to be saved—something he never does” (214).

In addition to this crucial historical context, another recent book, Father Brian Thomas Mullady’s The Decalogue Decoded: What You Never Learned about the Ten Commandments (EWTN, 2019), provides a more theological reflection on why we need the commandments. Father Mullady also demonstrates the continuity of Israel and the Christian life: “The First Commandment is the foundation stone of the community of Israel, and indeed of man himself. . . . The Commandments, though generally framed in terms of prohibitions, are really about this: our dignity and the relationship of love that God offers us” (15). Both Testaments focus on the centrality of a loving relationship with God. Certain things like ritual purity have lost their original purpose, but others, like the commandments, continue to frame how we relate to God, giving him and our neighbor the love and respect they deserve. Following the path of the commandments deepens human dignity and allows us to enter into true happiness. The commandments are all “about rediscovering the image of God in man—in you. . . . The Ten Commandments offer us nothing less than the code to unlocking the full potential of our humanity by restoring the integrity of all the powers God has given us” (117).

All of these books unlock the meaning of Scripture for us, not just by providing us information, but by helping us to relate to Jesus and Mary and to walk with them in faithfulness.