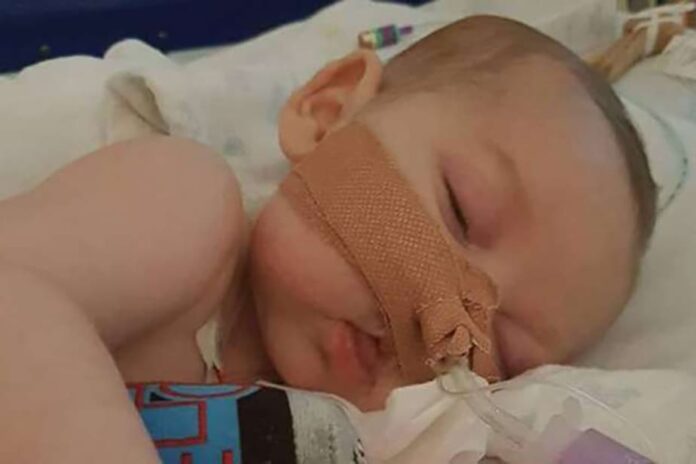 After living one week short of a year, Baby Charlie Gard passed on to eternal life on July 28th. His brief life and the court battle over his treatment should move us to pray for him and his family and to reflect on the lessons it holds for the ongoing health care debate in our own country.

For those of you who are unfamiliar with the story of Charlie Gard, he was an almost one-year-old English boy with a rare genetic disorder called mitochondrial DNA depletion syndrome. The disease damaged his brain and left him unable to move his arms or legs. Over the last few months, Charlie’s parents had to appeal to a series of courts to prevent his doctors from removing him from a ventilator and to allow their child to be admitted to an experimental clinical trial in the U.S.

In Britain, if the parents of a minor or the patient himself disagrees with the doctors about treatment, the disagreement is settled in the court system. This means that the patient is at the mercy of a judge. Charlie’s mother, Connie Yates, described how this resulted in the denial of their request to bring their son home for his final days. She told Sky News, “We just want some peace with our son, no hospital, no lawyers, no courts, no media, just quality time with Charlie away from everything to say goodbye to him in the most loving way. We’ve had no control over our son’s life and no control over our son’s death.”

When Pope Francis heard about the battle over Charlie’s care, he said that he hoped his parents’ wish to “accompany and care for their child” would be respected to the end. Unfortunately, as time and the court battles went on, the damage to his body reached a point that meant the clinical trial in the U.S. was no longer a possibility. And in the end, Charlie was not allowed to go home to die. Instead, the judge ruled that he would be taken to a hospice, where he would be removed from a ventilator and subsequently pass away. Much to the dismay of his parents, this is what happened on July 28th.

As we consider the future of health care in our country and as some politicians call for a government-run system, we should not gloss over the tendency for such systems to usurp the rights of parents to determine what is in their child’s best interest, and for that matter, the rights of patients to manage their own health care.

Another danger is the demand by the government for immoral procedures, such as the Health and Human Services contraception mandate that targeted the Little Sisters of the Poor and others. All too often, one sees state-run health systems make decisions based on a drive for efficiency, a patient’s so-called “quality of life,” or along ideological lines, rather than seeking to uphold patients’ inherent dignity as a human person. In the “throwaway culture” in which we live, our hearts are hardened against caring for those with disabilities and the dying.

Reform efforts for our health system should respect the rights of patients and parents to make decisions about their own medical treatment, the conscience rights of medical professionals and the principal of subsidiarity. The story of Charlie Gard makes the consequences of doing otherwise clear.

While Congress considers repealing the Affordable Care Act, it should also keep in mind that any replacement should treat health care not as a privilege, but a right founded upon the right to life and the God-given dignity of every person. The level of care we extend to the poor and sick should not be curtailed because of their financial means, health or the decisions of hospital officials.

The plight of so many people who are sick and in need of care reminds me of Emma Lazarus’ poem “The Great Colossus,” which can be found in the pedestal of the Statue of Liberty. Lazarus was a Portuguese Sephardic Jew who spent much of her time helping poor and often sick refugees as they arrived at Ward Island near New York City. She wrote, “Give me your tired, your poor, Your huddled masses yearning to breathe free, The wretched refuse of your teeming shore. Send these, the homeless, tempest-tost to me, I lift my lamp beside the golden door!”

I pray that in the coming months our lawmakers will strive to craft legislation that places the dignity of the person at the center of health care, so that our country will continue to care for the sick and downtrodden. Let us also pray for Charlie’s family and all those who are facing medical trials. May our Father grant them peace, wisdom and fortitude.