Living out the Cabrini Option 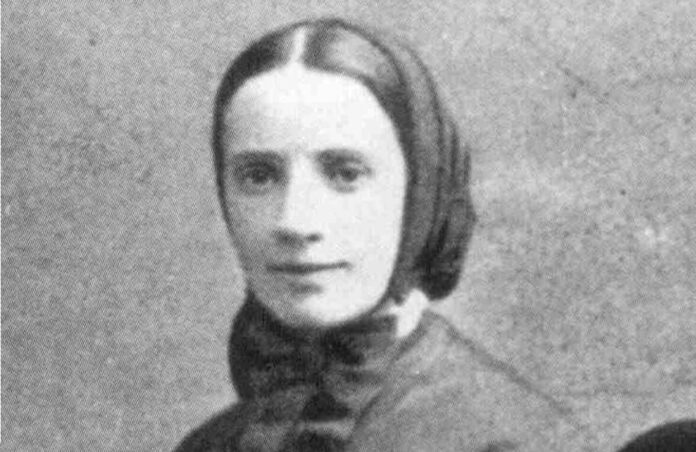 There’s much current debate about “The Benedict Option: A Strategy for Christians in Post-Christian Nation,” the recent book by Rod Dreher about the need to create tight-knit faith communities.

Here’s another option, well established in Catholic social teaching: the preferential option for the poor. Let’s call that the Cabrini Option and understand how we can all pursue that, right here, right now.

St. Frances Xavier Cabrini was born in Italy in 1850 and died in Chicago in 1917. Her missions included Colorado, memorialized at the Mother Cabrini Shrine in Golden. “Originally a summer camp for the girls from the Queen of Heaven Orphanage, the property became a place of prayer, pilgrimage and devotion after the canonization of St. Cabrini in 1946,” according to mothercabrinishrine.org. A statue of Mother Cabrini with two orphans “stands as a symbol of the love, compassion, concern and care Mother Cabrini and the Sisters had for the poor and the homeless, especially children.”

If Mother Cabrini were alive today, she undoubtedly would still be caring for those in the greatest need. For Catholic Charities, that means women vulnerable to abortion, homeless women and single women with children.

This month, Catholic Charities will have the grand opening of the new 150-bed Samaritan House Women’s Shelter in northeast Denver. The administrative offices of Catholic Charities will be co-located there. The $5 million project included $1 million from the city of Denver. That facility is in addition to the existing Samaritan House downtown, which shelters an additional 100 women each night. That’s significant, but consider that there were more than 1,700 homeless women in the seven-county metro region on one night in January, according to the 2017 Point-In-Time Study from the Metro Denver Homeless Initiative.

For women who are pregnant and may be vulnerable to abortion, and also for single women with children, Catholic Charities created the Marisol Services continuum of care in health, housing and human services. We renovated our two pregnancy centers in Denver and Lafayette into Marisol Health medical centers, with medical care provided by Bella Natural Women’s Care and Family Wellness.

With one dozen Gabriel House locations throughout northern Colorado, we provide infant formula, diapers and clothing, as well as access to parenting and financial literacy classes, among many other services.

In September, Archdiocesan Housing, an affiliate of Catholic Charities, will open the 47-unit Guadalupe Apartments, a $13.5 million affordable housing project in Greeley, with a range of social services.

This is just some of what the Catholic Church can do when we focus on serving others with the love, mercy and compassion of Jesus Christ. Mother Cabrini, pray for us.

Larry Smith is the president and CEO of Catholic Charities in the Archdiocese of Denver. Visit online at ccdenver.org or call 303-742-0828 to learn more, volunteer or make a donation.