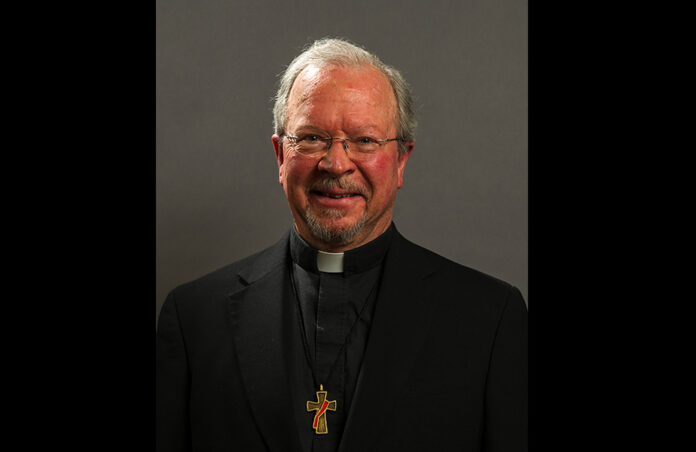 Deacon Bill Hastings, 77 years old, passed away April 8 at his home while surrounded by his loving family.   Deacon Hastings spent most of his diaconal ministry assigned to St. Peter’s Parish in Greeley, Colorado.

Bill Otis Hastings, Jr. was born Feb. 11, 1944, in Denver, Colo. to William Sr. and Gertrude Hastings.  After high school, Hastings joined the U.S. Army during the Vietnam Conflict and then went on to pursue a degree at Colorado State University and the University of North Carolina at Pembroke.

On May 25, 1968, he married the love of his life, Pamela Miller, at Fort Bragg, North Carolina. Afterwards, he graduated from St. Mary’s School of Law in 1974.  They were blessed with a daughter, Heather, and three grandchildren.

Bill practiced law for several years and then worked as an attorney in tax, real estate, and acquisitions for Phillips Petroleum.  His job took him to Amarillo, Tex. and Calgary, Alberta in Canada.   He retired from Phillips Petroleum in 2003.  He really enjoyed the outdoors and would often take time to camp, hike and climb the mountains of Colorado.

On December 30, 2000, at St. Laurence Cathedral in Amarillo, Bishop Yanta ordained Deacon Hastings to the order of the Diaconate.  There he was immediately assigned to St. Thomas the Apostle Parish in Amarillo.  Shortly after, his work required him to relocate to Calgary, Alberta where he was assigned to St. Francis of Assisi parish in Calgary.  A couple of years later, Deacon Hastings and his family returned to Colorado and established their home in Greeley.  Deacon Hastings was appointed a Deacon at St. Peter’s, where he was active for the remainder of his life. In 2008, he was incardinated into the Archdiocese of Denver.

“Deacon Bill reflected a special love that can only come from Jesus Christ, the Servant,” said Deacon Joseph Donohoe, Director of Deacon Personnel, “He absolutely embodied a diaconal love, which poured out of him into his family, his brother deacons, and each person he encountered along the way.  We will certainly miss him.”