Archbishop: Eucharistic Coherence is a question of love 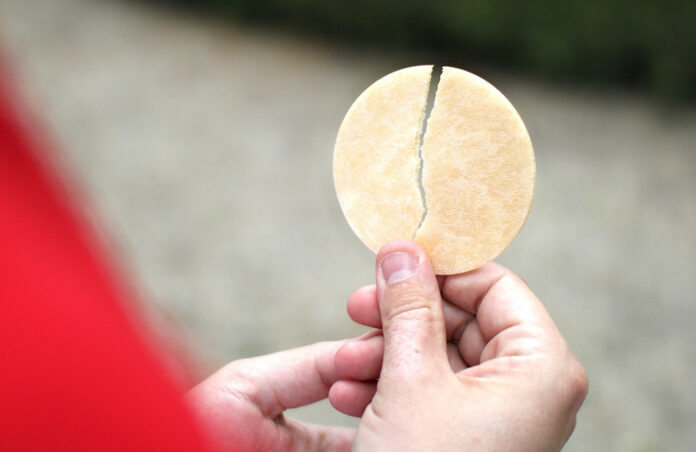 On April 14, 2021 America Magazine, as part of its ongoing “Conversations” in America Media, published an article I wrote entitled: “For the church to live in eucharistic coherence, we must be willing to challenge Catholics persisting in grave sin.” In that article I made a number of points.

First, I noted that the question of eucharistic coherence is not primarily about church law or appropriate discipline, but rather it is a question of love, a question of charity toward our neighbor. I referenced St. Paul who made it clear that there is danger to one’s soul if he or she receives the body and blood of our Lord in an unworthy manner. What St. Paul teaches is true for every Catholic, but it is particularly relevant regarding the false witness that many public officials sometimes maintain relative to the most fundamental truths of the human person.  I accentuated that when the church minimizes the danger of an unworthy reception of the Eucharist, she fails to love properly those who continue to jeopardize their souls. It is especially negligent for me, as a bishop, to remain quiet when people I am called to love may be endangering their eternal souls.

Second, I discussed the question of personal conscience. Today, we often hear of the primacy of conscience in a person’s decision around the Eucharist.  Yet, conscience does not excuse any decision simply because a person makes a personal judgment about good and evil.  There is a prior obligation that the conscience be properly formed, so that good and evil can be properly discerned. A well-formed conscience submits the person’s heart, will and mind to the will of our loving Father. We must understand, too, that conscience can be erroneous if not formed, and it should never go against God’s law. God, not humanity—and most especially not the government—determines good and evil. As a bishop, I have the obligation to assist the faithful in my care to form properly their consciences, consciences that are in accord with the Gospel and the Church’s magisterial teaching. I take this responsibility very seriously, and this why I felt compelled to address the error that any baptized Catholic can receive Communion if he or she simply desires to do so.  Thus, this formation of conscience is especially important within the present cultural context where many, even among Catholic politicians, support and promote abortion, euthanasia, same-sex marriage, and various forms of gender ideology.

Third, I concluded in my article by stating that there needs to be a Eucharistic coherence, that is, that those who receive the risen body and blood of Jesus in Communion must be in full communion with the Church and her teaching. The present ecclesial situation is an opportunity for me and all bishops to recommit ourselves to an unapologetic preaching of Jesus Christ. What should fill our churches is not a soft-pedaling of the Gospel but deep, authentic belief in Jesus rooted in our personal love for him as our Lord and Savior. The Church offers, in love, true life – freedom from sin and condemnation, and a holy life lived in Christ Jesus. I noted that the saints must be our model. They show us how faith in Jesus leads to a radical surrender to the will of the Father regardless of political or social consequences, no matter the cost, as even witnessed in the martyrs of today.

The responses I have received to my article has been overwhelmingly positive.

However, one bishop expressed a concern. He thought that my article gave the impression that the grace available in the sacraments, particularly in the Eucharist, is dependent on the worthiness of the minister or the worthiness of the recipient. I quote his letter: “I respectfully note that to claim that we can do anything to diminish the Eucharist, or its effects, is contrary to the church’s longstanding teaching. Catholic sacramental theology is based on the premise that the sacraments are the work of Christ, which is the meaning of the Church’s affirmation at Trent (DS 1608) that the sacraments act ex opere operato, or, as St. Thomas wrote in the Summa, III, 68,8: ‘The sacrament is not wrought by the righteousness of either the celebrant or the recipient, but by the power of God.’ Owing to the nature of God, Christ and his works can never be diminished by any act on our part.”

The bishop’s quote, makes reference to St. Thomas Aquinas’s Summa Theologica, Part III, Article 68, question 8, where Aquinas states that Baptism “is not perfected by the righteousness of the minister or the recipient of Baptism.” I responded that I totally agreed with Thomas and intended nothing contrary to that true statement. However, I noted that Aquinas’ answer is complex. He emphasizes both in the body of the article and in his replies, that “right faith” is necessary for Baptism, not in the enactment of the sacrament, which is enacted exopere operato, but in order for the person baptized to reap properly the salvific benefits of the sacrament. “Just as the sacrament of Baptism is not to be conferred on a man who is unwilling to give up his other sins, so neither should it be given to one who is unwilling to renounce his unbelief. Yet each receives the sacrament if it be conferred on him, though not unto salvation.” Baptism, while administered validly, is not “unto salvation” if “right faith” is absent. In other words, if someone does not profess the faith as found in the creed, that person, while validly baptized, does not obtain baptism’s salvific benefits.

This teaching is equally true concerning the Eucharist. Thomas writes that the attaining of glory is the benefit of the sacrament for one participates in Jesus’ salvific death and resurrection and partakes of his body and blood. However, “Just as Christ’s Passion has not its effect in them who are not disposed towards it as they should be, so also they do not come to glory through this sacrament who receive it unworthily. Hence Augustine observes: ‘The sacrament is one thing, the power of the sacrament another. Many receive it from the altar…and receiving die…’ … It is no wonder, then, if those who do not keep innocence, do not secure the effect of this sacrament” (S.T. III, 79, 2, ad 2 emphasis added.). Hence, both Thomas and Augustine make clear the unworthy reception of the Eucharist diminishes the effect of the sacrament.

Moreover, Vatican II’s Constitution on the Divine Liturgy encourages pastors to ensure that the faithful actively participate in liturgy:

“But in order that the liturgy may be able to produce its full effects it is necessary that the faithful come to it with proper dispositions, that their minds be attuned to their voices, and they cooperate with heavenly grace lest they receive it in vain. Pastors of souls must, therefore, realize that when the liturgy is celebrated, something more is required than laws governing valid and lawful celebration. It is their duty also to ensure that the faithful take part fully aware of what they are doing, actively engaged in the rite and enriched by it” (11).

The Catechism of the Catholic Church is of the same mind. “From the moment that a sacrament is celebrated, the power of Christ and his Spirit acts in and through it, independently of the personal holiness of the minister. Nevertheless, the fruits of the sacrament also depend on the disposition of the one who receives them” (1128).

As noted above, such an understanding is in keeping with Saint Paul himself: “Whoever, therefore, eats the bread or drinks the cup of the Lord in an unworthy manner will be guilty of profaning the body and blood of the Lord. Let a man examine himself, and so eat of the bread and drink of the cup. For anyone who eats and drinks without discerning the body eats and drinks judgment upon himself” (1 Cor 11:27-30, see also Council of Trent, 13th Session, chapter 7 and Canon 11, and the Catechism of the Catholic Church 1385 and 1457).

Lastly, in the light of Paul’s teaching, Thomas Aquinas offers a very telling argument concerning the receiving of Communion in the state of mortal sin.   He writes:

“In this sacrament, as in the others, that which is a sacrament is a sign of the reality of the sacrament. Now there is a twofold reality of this sacrament, as stated above (III:73:6): one which is signified and contained, namely, Christ Himself; while the other is signified but not contained, namely, Christ’s mystical body, which is the fellowship of the saints. Therefore, whoever receives this sacrament, expresses thereby that he is made one with Christ, and incorporated in His members; and this is done by living faith, which no one has who is in mortal sin. And, therefore, it is manifest that whoever receives this sacrament while in mortal sin, is guilty of lying to this sacrament, and consequently of sacrilege, because he profanes the sacrament: and, therefore. he sins mortally” (S.T., Part III, question 80, article 4).

I hope, that in the above, I have clarified the intent and content of my original article. My deepest prayer is, both in my original article and now in this clarification, that this can be a moment when our Catholic faith can be proclaimed clearly and courageously, and people will come to encounter Jesus Christ most especially in the sacraments of the Church, and in the gift of the Eucharist. As I said at the onset, I take seriously my obligation, lest I be condemned, to proclaim clearly, fully and coherently what the Church believes and teaches, for only then am I feeding the faithful under my care the fullness of the Gospel of Jesus Christ.

This article was originally published by the Catholic World Report. It is republished here with permission.