Columbine: Out of evil comes a greater good 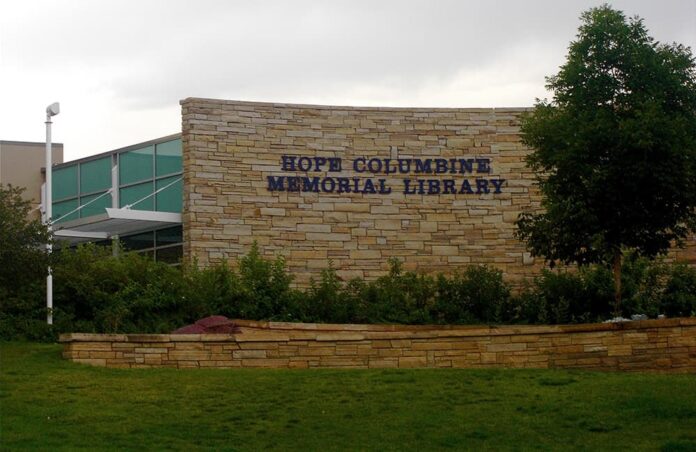 This article was originally published on April 19, 2014 to commemorate the 15th anniversary of the Columbine High School shooting.

After the tragedy at Columbine High School 15 years ago, it seemed impossible the pain would ever subside, that life could go on; that any good could come from such evil.

On April 20, 1999, two students entered the Littleton school and sprayed the library with bullets, killing 12 classmates, one teacher, and injuring 26 others before taking their own lives. This year the anniversary falls on Easter. Like the promise of new life fulfilled in Christ’s resurrection after his suffering and death on Good Friday, members of the Columbine community have risen from tragedy with a spirit of hope and redemption — and shown that a greater good can indeed emerge from evil. After being shot in the head, arm, leg and foot that day, Patrick Ireland spent three hours, in and out of consciousness, his right side paralyzed, pushing himself toward a shot-out window of the school library. Once reaching it, he hurled himself out to waiting SWAT officers and he was immediately transported to St. Anthony Hospital. There he started a long road to recovery, one that began with forgiveness.

“There was a time when I saw my mom and she was visibly upset,” said Ireland who is now 32. “I asked her: What’s wrong? What’s going on?”

“I’m just really angry that this would happen to you,” his mother Kathy replied. “Why? Why would this happen to you, to our community? I’m angry at those two kids for doing this.”

“I said something to the effect of: ‘Please forgive them,'” Ireland relayed.

“Why? Why should I ever forgive them?” she asked.

“Because they were confused, they didn’t know what they were doing,” he responded.

It was a turning point for the family.

“From that point we were able to heal,” said Ireland, who was raised with a strong Christian foundation. “They knew that I would have a positive attitude about getting better, and that they wouldn’t have to worry about anger and hate and rage, along with my physical rehabilitation.”

Due the severity of his brain injury, Ireland continued rehab at Craig Hospital until November re-learning how to walk, talk, “rewire” his brain and retrain his memory.

“The cognitive recovery was by far the most challenging,” he said. But he continued to progress and graduated on time the next year, served as valedictorian, graduated from Colorado State University and married his college sweetheart Kacie in 2005. The couple has a 3-year-old daughter, Kennedy, and he manages the Broomfield branch of Northwestern Mutual.

As far as this physical recovery, he maintains some weakness on the right side of his body, the side that was once completely paralyzed. He regularly shares his story with businesses, youth groups and high schools, including the Columbine student body.

“I share my experience,” he said. “But the most important piece is what I learned from it: a message of hope and strength and determination.”

The world is still a good place, he said, people are still good at heart.

“We have a choice of how we live our lives, choosing to be a victor or a victim on a daily basis,” he continued. “You’re only a victim if you let yourself become one, being a victor is a conscious decision.”

He believes everything, including this tragedy, happens for a reason.

“God has a plan,” he said. “If that was my purpose to be used as a tool for greater things, then I’m happy to be able to serve that way.”

Columbine High School has been around 40 years, and Frank DeAngelis has been there for 35, 18 as principal. Following the tragedy, he was convinced it was his job to rebuild the community.

“When I ran out of my office that day, the gunman was coming toward me and shots were being fired,” he said. “What I found out later was (teacher) Dave Sanders was coming up the staircase the same time I came out of my office, so the gunmen stopped pursuing me and they went after Dave and killed Dave.”

At a prayer service two days later at nearby St. Frances Cabrini Church, DeAngelis, a lifelong Catholic, was struggling with grief when Msgr. Ken Leone told him he believed he was spared for a reason.

“’You need to go rebuild the community,’ Father Leone said,” DeAngelis recalled. “So I thought ‘OK, let’s do it.’”

After leading the school through the immediate crisis, his long-range goal was to hand every kid in elementary school the day of the tragedy a Columbine diploma.

“Fortunately I was able to do that,” he said.

“One of the reasons I’ve stayed on so long was I just believe that God had a plan for me,” he continued, “and hopefully in a humbling way I was able to carry forth with that plan.”

DeAngelis, 59, will retire at the end of the school year. After marrying and moving to a new home later this year, he plans to stay involved with Columbine as well as help other communities recover from trauma.

“I’m going to serve as a consultant for the district for emergency management planning, and I’ve been doing some speaking,” he said, including at Chardon High School in Ohio where there was a shooting in February 2012; and Sandy Hook Elementary School in Connecticut, still reeling from a mass shooting in December 2012.

“I feel that we’re in a better place than we were on April 19, (1999),” he said of Columbine. “We have a community that’s caring, one that’s learned how to give generously and receive graciously.”

One of his priorities after the shooting was to make every student feel welcome, particularly those who didn’t feel they were part of the “Columbine family.”

“After the tragedy, I really sought them out—whether it be at the skate park or kids not necessarily in class when they should’ve been,” he said. “I’d go find them at the park and we’d have conversations and they enlightened me on some things that needed to be done in order to make Columbine a better place.”

It made Columbine a better school and him a better principal, he said.

“What I tried to do was find positive in every event that followed the tragedy,” he said. “It was a day that changed my life forever and it changed the lives of so many. At the same time, there are things we can do as a school to make schools better, to make society better.” Last December Sean Graves had his 47th surgery after being shot six times in the back, foot and abdomen 15 years ago. Some days it takes the 30-year-old 40 minutes to get out of bed because of stage four arthritis and chronic pain throughout his body. Despite the struggles, he is grateful.

“I don’t think the pain is something that will ever change,” he said. “But it’s a blessing and a gift to still be here and do all the things I can do.”

Graves, who spent more than four years in a wheelchair, was told he’d never walk again because of his injuries.

“I’m stubborn,” he said. “When they told me that, I took it as a personal challenge.”

Today he is able to walk, works as a procurement specialist with Flight for Life helicopters, and has been married to fellow Columbine alumni Kara DeHart Graves, 27, since 2009.

“When we first started dating, I was scared to ask him about (the shooting),” Kara said. “I didn’t know what it would trigger. But then he started opening up to me. He paints a picture that is so real.”

Dealing with the shooting has given them trials, but also brought them closer together, according to Kara, who was not in the building that day but had several cousins who were. The couple, who attends St. Frances Cabrini Church in Littleton, feels strongly about giving back to the wider community by serving as peer mentors with the Christopher and Dana Reeve Foundation, a nonprofit serving people living with paralysis. Sean works with those who have been injured or suffered a trauma, and Kara works with their families: spouses, parents and siblings.

“It’s been an amazing thing for both of us,” Kara said. “Our work with the foundation has really helped us … and it also helps us realize things could’ve been a lot worse.”

Sean said he is stronger, more resilient and a lot more in touch with his faith since the shooting.

“I always prayed before,” he said, mentioning that he began to pray as soon as he regained consciousness after being shot. “Now I take less for granted. I’m grateful for what I do have: I’m in pain, but I’m grateful I’m able to walk down the stairs and get a cup of coffee.”

Graves will visit the school on Easter, the anniversary date, where he will smoke a cigar — an annual tradition — and leave one for his dearly departed friend, Daniel Rohrbough.

In memoriam
Let perpetual light shine upon the victims: