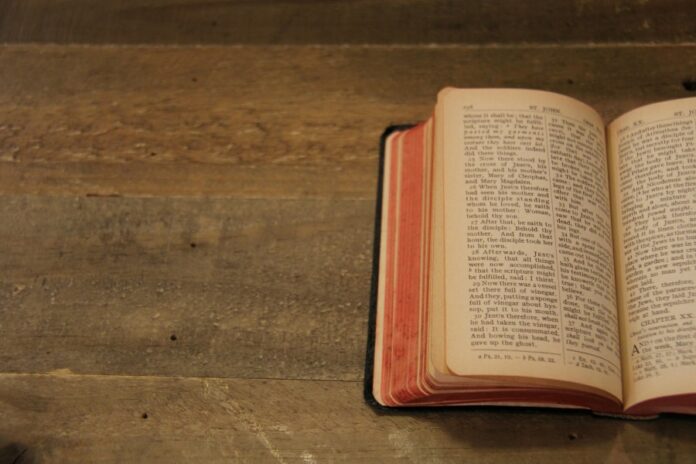 Sister Macrina Scott, O.S.F., founder of the Catholic Biblical School and instructor of spiritual classes at Most Precious Blood Parish, died April 2. She was 83 years old.

Ben Akers, current director of the Denver Catholic Biblical School and Catechetical School, mourned the loss of Sister Scott saying her vision lives on today in the witness of the school’s many graduates.

“Sister Macrina stated her No. 1 goal for founding the school was to ‘unleash the power of God’s Word among the Catholic people of the Archdiocese of Denver,’” Akers said. “The over 2,700 graduates of the program and many more students who have attended classes over the last 32 years give a strong witness to her vision.”

“We pray for her soul … and all the souls of the faithfully departed that they may share in the joy of the resurrected Lord this Easter season.”

Marguerite (Peggy) Rose Scott was born Jan. 1, 1932 to Robert and Marguerite Scott. She attended Catholic schools in Maryland, Texas and in Illinois. She studied at the College of St. Benedict in Minnesota and the University of Chicago before entering the contemplative Benedictine community Regina Laudis in Bethlehem, Conn. During her 17 years there she became well formed in liturgical and biblical spirituality.

After the Second Vatican Council, Sister Scott left monastic life and transferred to the Marycrest Franciscans. As a Franciscan, she participated in spiritual renewal especially through retreat work, spiritual direction and teaching Scripture.

She earned a master’s degree in theological studies at the Franciscan School of Theology in Berkeley, Calif., and founded the Catholic Biblical School of the Archdiocese of Denver in 1982. She directed the program for 20 years as thousands of adults attended class and graduated from the program.

“She knew that this was the work for which God had prepared her all her life, and she gave herself to it wholeheartedly,” said Sister Rita Cammack of the Sisters of St. Francis.