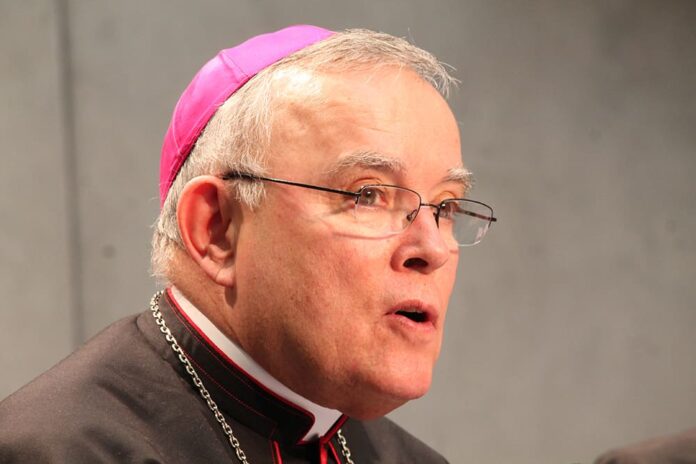 Archbishop Chaput believes that there needs to be societal shift to transform the present “culture of violence.”

Writing in his Aug. 5 column, Chaput said that while he fully supports the use of background checks and restrictions on who is able to purchase firearms, “only a fool can believe that ‘gun control’ will solve the problem of mass violence.”

“The people using the guns in these loathsome incidents are moral agents with twisted hearts. And the twisting is done by the culture of sexual anarchy, personal excess, political hatreds, intellectual dishonesty, and perverted freedoms that we’ve systematically created over the past half-century.”

Archbishop Chaput drew from his experience as Archbishop of Denver consoling the community after the shooting at Columbine High School. At the time, he buried some of the victims, and met with their families.

During his testimony to the U.S. Senate shortly after the Columbine shooting, Archbishop Chaput spoke of “a culture that markets violence in dozens of different ways” that has become “part of our social fabric.”

“When we build our advertising campaigns on consumer selfishness and greed, and when money becomes the universal measure of value, how can we be surprised when our sense of community erodes,” he asked at the time. “When we glorify and multiply guns, why are we shocked when kids use them?”

Archbishop Chaput also addressed the use of the death penalty and the legality of abortion as “certain kinds of killings we enshrine as rights and protect by law,” which creates a societal “contradiction.” This contradiction has reduced the view of human life, he said.

In 1999, Archbishop Chaput suggested that America embrace a “relentless commitment to respect the sanctity of each human life, from womb to natural death,” and that he did not think the shooting at Columbine High School would be the last mass shooting.

“In examining how and why our culture markets violence, I ask you not to stop with the symptoms,” he said. “Look deeper.”

Archbishop Chaput repeated this call in his column Monday, saying, “treating the symptoms in a culture of violence doesn’t work. We need to look deeper. Until we’re willing to do that, nothing fundamental will change.”

In focusing on the hearts of those who commit mass shootings, twisted by the culture created in the past 50 years, Archbishop Chaput’s statement was markedly different than others published by Catholic bishops in the wake of the shootings.

The USCCB issued a sweeping statement Aug. 4 requesting “effective legislation that addresses why these unimaginable and repeated occurrences of murderous gun violence continue to take place in our communities.”

“As people of faith, we continue to pray for all the victims, and for healing in all these stricken communities. But action is also needed to end these abhorrent acts,” said the bishops.

Bishop David Zubik of Pittsburgh called for various gun control measures in an Aug. 5 statement, including “limiting civilian access to high capacity weapons and magazines.” Bishop Zubik also said there was a need to address websites that encourage violent acts, as well as to improve access to mental healthcare and work to overcome racism.

Bishop Mark Seitz of El Paso did not call for increased gun control measure, but instead urged the people of El Paso to “recommit to love” and to “brace ourselves for just action that will overcome the forces of division and build a more loving society.”

And Archbishop Dennis Schnurr of Cincinnati said Aug. 4 that “it is with a heavy heart that we turn to the Lord in prayer on this Sunday. As tragic and violent shootings continue in our country … I ask for everyone of faith to join in prayer for the victims and their loved ones. May we, the Catholics of the Archdiocese of Cincinnati, in unity petition our Blessed Mother to intercede for our families and neighbors to know the peace and healing of Jesus, her Son.”