Heroism and priesthood, Dachau and Amazonia 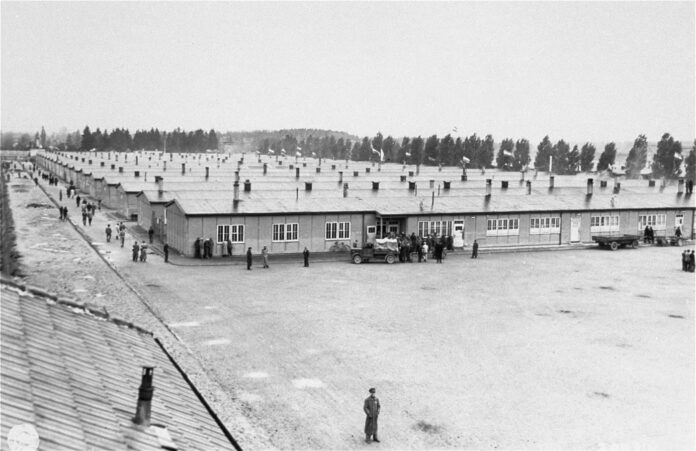 In late June, I visited the concentration camp at Dachau, located in a wooded suburb a few miles from downtown Munich. The camp site struck me as rather too neat: virtually all of the huts in which hundreds of thousands of prisoners lived, starved, and died are gone, and the atmosphere, despite a blistering hot afternoon, was antiseptic. There was little of the miasma of raw evil that remains at Auschwitz and Birkenau, even though Dachau was the prototype for those extermination factories. The Dachau camp site’s Chapel of the Agony of Christ, built after the war, is touching. But, to my mind at least, its stark modernism somehow fails to register the suffering it is intended to commemorate — and transfigure.

Dachau was, for years, the “world’s largest rectory” or “the world’s largest monastery,” for it was there that the Thousand Year Reich consigned more than 2,500 Catholic priests: almost 1,800 Poles, over 400 Germans, more than 150 Frenchmen, as well as Czechs, Slovaks, Dutchmen, Belgians, Italians, Luxemburgers, Yugoslavs, and clergymen from 10 other countries. That these men managed to maintain forms of sacramental life — celebrating clandestine Masses, distributing holy communion surreptitiously and hearing confessions — while nursing and otherwise comforting prisoners being worked and starved to death is a story that should be told time and again in every seminary in the world.

As should the story of Blessed Karl Leisner.

A candidate for Holy Orders in the Diocese of Muenster who worked with young people in defiance of the Nazis, Leisner had been ordained a transitional deacon before being arrested and consigned to Dachau in 1940. There, the tuberculosis he had contracted shortly after his diaconal ordination went active, and over the next four years he wasted away. Then, in late 1944, a new prisoner arrived at Dachau’s “priest barracks,” the French bishop of Clermont-Ferrand, Gabriel Piguet. A secret exchange of correspondence ensued between the Frenchman, Cardinal Michael Faulhaber of Munich, and Bishop Clemens von Galen of Muenster, with an eye to finding a way to ordain Karl Leisner a priest before he died.

The paperwork was completed and smuggled into the camp (along with the necessary holy oils) by Josefa Mack, the “Angel of Dachau,” who would later become Sister Maria Imma, SSND. The prisoners clandestinely fabricated everything else needed for the ordination, including the full (and complex) episcopal regalia of the time. The pectoral cross was made at the nearby Messerschmitt plant where Dachau prisoners worked as slave labor, and a beautiful wooden crozier was carved in the camp by a Trappist monk-prisoner.

Shortly before Christmas 1944, the priestly ordination of Karl Leisner was secretly conducted by Bishop Piguet, with a Jewish violinist in the camp providing music outside the hut-“chapel” to divert the attention of the camp guards. Father Leisner was too ill to celebrate a first Mass immediately after his ordination but managed to do so on the feast of St. Stephen the Protomartyr, December 26. A fellow priest who would later become auxiliary bishop of Munich, Johannes Neuhausler, later described the scene: “On this, the greatest day of his life, [Karl Leisner] stood at the altar [in the prison barracks], far from his mother and father, his brothers and sisters and his friends. He wept and we wept with him. Silently, behind closed doors, we took some photographs of this first Mass so that the parents could see at least the picture of their son celebrating his first Mass in the concentration camp at Dachau.”

Mortally ill when the Dachau camp was liberated by the U.S. Army on April 29, 1945, Karl Leisner died in a sanatorium outside Munich three months later. He was beatified by Pope John Paul II in 1996, along with another priest-martyr, Bernhard Lichtenberg, the heroic, anti-Nazi provost of the Berlin cathedral.

Might that grainy picture of Father Hans Leisner, properly vested for Mass in a hellish death-factory on the outskirts of Munich, be displayed during October’s Special Synod for Amazonia, which will consider (among other things) the nature of the priesthood in the Catholic Church? Might the example of Blessed Karl Leisner inspire white, European-descended Latin American priests, historically reluctant to work with the indigenous peoples of the Amazon Basin, to transcend their racial and ethnic prejudices in order to evangelize, catechize, and bring the sacraments to native peoples?

The heroes of Dachau’s priest-barracks found a way to keep sacramental life alive, in full fidelity to the Church’s tradition. Is that impossible in Amazonia? Or elsewhere?