His Church. Our Experience.
Subscribe
HomeLocalWhat is consecration and why do it?
Local

What is consecration and why do it? 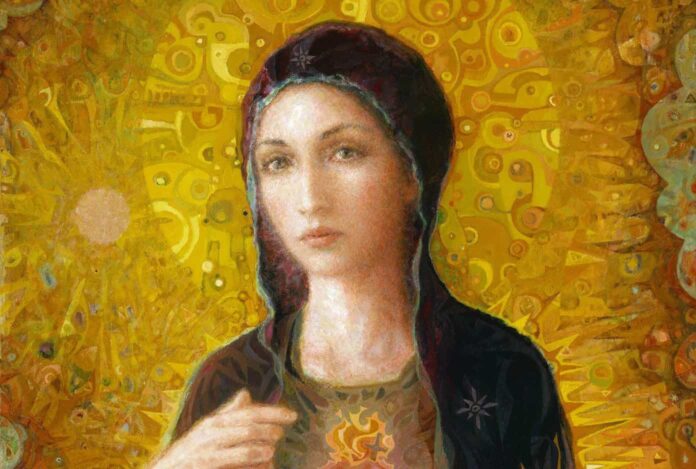 On Oct. 13, the 100th anniversary of the final apparition of Our Lady at Fatima, Archbishop Samuel J. Aquila will consecrate the Archdiocese of Denver to the Immaculate Heart of Mary.

The act of consecration will take place at the end of a Marian prayer service at the Cathedral Basilica of the Immaculate Conception, and Archbishop Aquila invites parishes across the archdiocese to participate, either in attending the service at the cathedral, or within their own parishes through a livestream.

For those who wish to participate in the consecration of the archdiocese, making an individual consecration is a great way to do so. The normal length of preparation is 33 days, which would mean the 33-day start would be Sept. 11 for consecration on Oct. 13.

But why should we consecrate ourselves as individuals, and what is it?

Consecration means “to make holy.” When one makes an act of consecration, it is made ultimately to God with the understanding that our consecration is a serious commitment on our part to respond faithfully to God’s grace at work in our lives.

“Consecration to the Mother of God,” says Pope Pius XII, “is a total gift of self, for the whole of life and for all eternity; and a gift which is not a mere formality or sentimentality, but effectual, comprising the full intensity of the Christian life – Marian life.” This consecration, the Pope explained, “tends essentially to union with Jesus, under the guidance of Mary.”

Why consecrate the diocese?

Pope Pius XII consecrated the Church and the entire world to the Immaculate Heart of Mary on Oct. 31, 1942, as World War II continued to rage on. “To you, to your Immaculate Heart, in this tragic hour of human history, we confide our fortunes, putting ourselves in your hands,” the Pope prayed.

John Paul II did the same on May 13, 1982, and again on March 25, 1984, at the conclusion of the Extraordinary Holy Year of the Redemption, in union with many of the bishops around the world. On Oct. 8, 2000, he made an act of entrustment of the world to the Immaculate Heart of Mary for the new millennium.

Between them, Pius XII and John Paul II consecrated the Church and the entire world to Mary a total of eight times. On Oct. 13, 2013, Pope Francis renewed the consecration of the world to the Immaculate Heart of Mary, and dedicated his pontificate to Our Lady of Fatima.

The act of consecration to Mary “establishes a relationship of love with her in which we dedicate to her all that we have and are,” says Saint John Paul II. “This consecration is practiced essentially by a life of grace, of purity, of prayer, of penance that is joined to the fulfillment of all the duties of a Christian, and of reparation for our sins and the sins of the world” (Sept. 26, 1986).

Consecration of the Archdiocese of Denver will take place Friday, Oct. 13 at 7:30 – 9 p.m. at the Cathedral Basilica of the Immaculate Conception and in participating parishes. For more information on the event and on consecration, or to learn more about preparation, visit archden.org/heartofmary.