What every Catholic should know 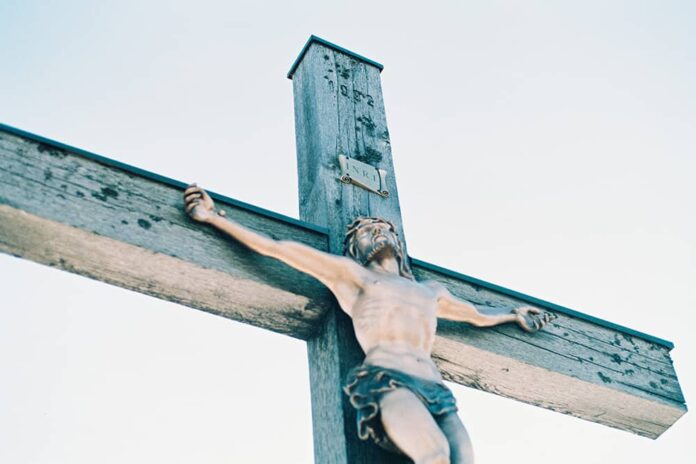 Catholic literacy has been in steady decline. A recent Pew poll revealed that only 50% of Catholics know that the Church teaches that Jesus is truly present in the Eucharist. Many Catholics do not know the basics of their faith, let alone the Church’s rich historical and cultural legacy. A new series, focused on What Every Catholic Should Know, seeks to address this decline. The first two volumes, just released, have been written by Joseph Pearce, his volume focused on literature, and Michael Barber, who addresses the central theological issue of salvation. The series is published jointly by the Augustine Institute and Ignatius Press.

In Salvation: What Every Catholic Should Know, Barber helps Catholics address questions and objections posed by other Christians, such as, “Are you saved?” For Catholics it’s not a simple “yes” or “no” answer, as we should say that we have been saved in baptism, are being saved as we grow in God’s grace, and will be saved finally and completely when we reach the happiness of heaven (104).

Catholics are often perplexed by the “faith and works” debate. Barber handles this issue with dexterity, helping us to see how faith helps us to enter into a saving relationship with God. His explanations draw deeply upon the Bible, showing us how the Church follows the entire witness of the Bible, not simply some passages taken out of context.

For instance, Barber explains how in the Bible faith “means more than just holding a particular belief. ‘Faith’ involves submitting to God’s will in trust … For Paul, true faith is ultimately sharing in the life-giving sacrificial love of Christ” (108). The Church teaches that we are saved by grace through faith, not by our own efforts, but also that we must cooperate with grace and that “God will judge each person according to his deeds” (85). Barber also points out how salvation cannot be conceived individualistically, because “believers are not saved apart from one another, but through being united to the ‘whole Christ,” namely, his body, the Church” (59). He also shows us how justification, being made just, cannot be reduced simply to the juridical, because it is transformative, as “we are truly remade” and enter into God’s own life (81).

In Literature: What Every Catholic Should Know, Pearce guides us through the Church’s deep literary tradition. He begins by telling us that “there is a very good reason for every Catholic to know the great works of literature — and that is because the great works of literature help us to know ourselves … In the great works of literature we discover a deep understanding of man’s being and purpose. We discover that man is a homo viator, a pilgrim or wayfarer who journeys through mortal life with eternal life always in mind” (1). Pearce points us first to the wayfarer Odysseus, who with his fellow Greeks and Romans, proved fertile ground for the development of the Christian imagination, infused with the light of the Gospel.

Dante, whom Pearce rightly calls “supreme” and “indispensable,” and his Divine Comedy “possibly the greatest poem ever written,” provides the best example of this blossoming of the Christian mind from both the Gospel and ancient world (37; 39). From Dante, Pearce guides us through Chaucer, who shows us “the same struggle between holiness and hedonism, sanctity and sin, and vice and virtue” we see today (46); corrects the typical reading of Thomas More’s Utopia; shows us how Shakespeare stands as a “colossus who straddles the centuries” and “his plays, and the truth and morality contained within them, transcend time” (59); and how Cervantes’ Don Quixote, the world’s first novel, strikes us with compassion and humor. There are too many modern authors to summarize them all, but some highlights include Austen, Manzoni, whose work, The Betrothed, earns Pearce’s commendation as the greatest novel, Dostoyevsky, Chesterton, Undset with her masterful trilogy Kristin Lavransdatter, Graham Greene, C.S. Lewis, and J.R.R. Tolkien.

Together, these two books on What Every Catholic Should Know can help us to grow in literacy, exploring a crucial and controversial dimension of our faith, our salvation, as well as providing a map of the major achievements of Christian letters. Written in an accessible and engaging style, they open up a broader horizon of theology and culture, one that is very much needed.

Jared Staudt
R. Jared Staudt, PhD, is a husband and father of six, the Associate Superintendent for Mission and Formation for the Archdiocese of Denver, a Benedictine oblate, prolific writer, and insatiable reader.
RELATED ARTICLES
Catholic News Agency