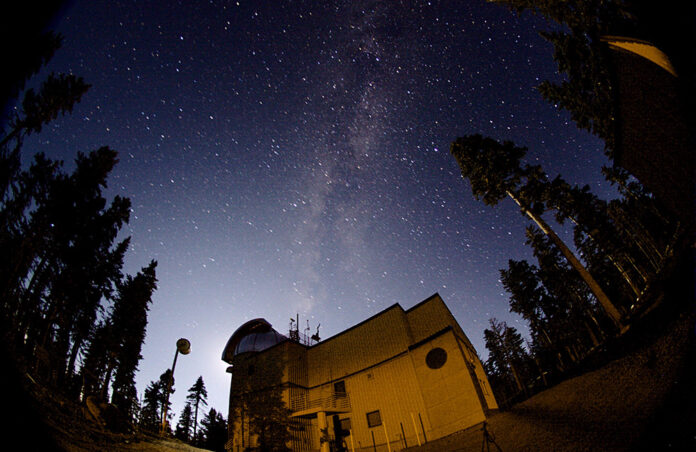 The Vatican’s astronomical observatory has launched a new website as part of its mission to show the world the Catholic Church’s support of science and scientific research.

Together with the website, which has hundreds of resources on faith and science, the Vatican Observatory has also started a podcast to explore “the wonder of God’s universe” with Vatican astronomers and expert guests.

Jesuit Br. Guy Consolmagno, director of the Vatican Observatory, told CNA in an email interview that the old website “was hardly ever visited.”

“The mission of the Vatican Observatory, articulated by Pope Leo XIII back in 1891, is to show the world that the Church supports science. And while we’ve done a pretty good job of doing the science, I know we’ve been less successful at ‘showing the world,’” Consolmagno said.

With roots dating back to 1582, the Vatican Observatory is one of the oldest active astronomical observatories in the world.

The headquarters are in Castel Gandolfo, a town just outside Rome and the location of the summer residence of the popes. A dozen priests and brothers live and study there.

The Vatican Observatory also has a research group at the University of Arizona, where in partnership with the university, the observatory constructed the Vatican Advanced Technology Telescope (VATT) on Mount Graham. It began operation in 1993.

Consolmagno said the new website had been in the works for well over a year, and after receiving a grant at the beginning of summer 2020, “we’ve been working pretty much full time on the site.”

The astronomer said that when he meets people he frequently hears that they did not know the Vatican had an observatory.

“The message we have for the general public can be quite detailed,” he said, referencing the website’s Faith and Science resource center.

“But frankly, the mere awareness that we exist, a modern astronomical observatory supported by the Vatican (and by donations to our Foundation), says everything essential that needs saying.”