His Church. Our Experience.
Subscribe
HomeUncategorizedTolkien’s ‘Hobbit’ a children’s book for adults
Uncategorized

As a Christmas gift to myself this year, I spent some time with a couple of good friends and we went to see “The Hobbit: The Battle of the Five Armies,” a film adaption of the children’s novel by J.R.R. Tolkien. As advertised, it was exciting, entertaining and fun. Though the plot was a little thin, it was overall a satisfying conclusion to Peter Jackson’s Hobbit trilogy and a good bridge to “The Lord of the Rings” movies. I am sure that I will happily watch “The Hobbit” again someday.

But first, I will re-read the book.

To be clear, I am not one to compare movies to their literary counterparts only to say “the book was better.” When it comes to certain details, yes, books will always be better than films. At the same time, film is a worthy story-telling medium that can capture some experiences in a way that cannot be done well through text. With St. Thérèse of Lisieux, I declare that I “choose all”—books and movies, please!

“The Hobbit” movies were very good, and yet I find myself longing for one thing that only the book provided. It is not so much a plot detail, or character choice or story-telling style—it’s more of a feeling that the book conveys. I will call it “charm.” Maybe it could also be called “delight,” “lightheartedness” or “childlikeness.”

When I read “The Hobbit” for the first time, I was a seminarian on my annual silent retreat. One night I was seated by the fire at the retreat center, engaged in an important scene in which Gandalf, Bilbo and the dwarves go to see Beorn—a terrifying man known for his short temper and for changing into a large bear. I found myself laughing out loud at the dialogue—wiping tears from my eyes because it was too funny. (I had to excuse myself from the fireplace so as to not disturb somebody else’s silence!)

Just as Tolkien had begun to draw me into the dangerous realities of the characters’ quest, he reminded me that I was still reading a children’s book. It was as if Tolkein was saying: “Yes, this is serious and life is intense sometimes, but it’s not without its humor and beauty.” This is the charm of the novel. What a lesson to learn! God’s grace was in that lesson for me. It was a grace that appeared much the same way that Gandalf repeatedly appears: he comes when he is “most needed and least expected.”

Tolkien, C.S. Lewis and G.K. Chesterton are three novelists of the last century who had a wonderful gift for capturing the charm of life while telling stories that involve very profound topics such as death, sacrifice and honor. They were all able to mix in a certain unseriousness with some very serious realities. “The Hobbit” is an excellent example of this. I would describe it as a children’s book for grown-ups.

The quest of Gandalf, Bilbo and the dwarves is life-threatening. In the midst of this, friendships are made, loyalties are questioned and lives are lost. Yet, through and through, it is a story for children, and for grown-ups who need to be reminded to take childlike delight in life.

I recommend watching the movies, for they are quite good. But the true riches are found in re-reading the book. For in it, you too may discover lessons that are “most needed and least expected.” 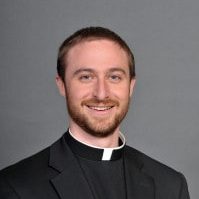