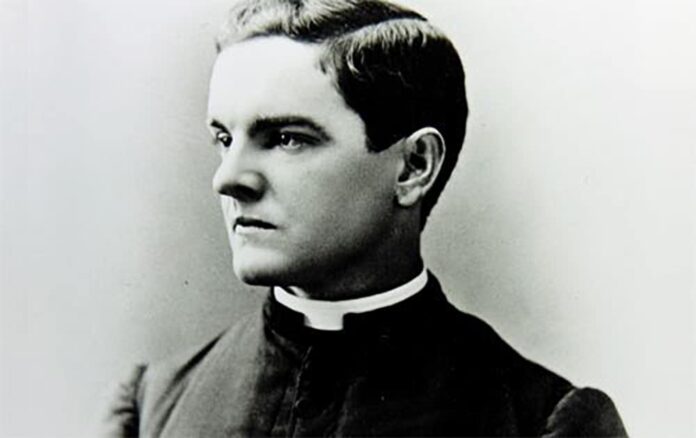 The Pandemic of 2020 has been hard on every Catholic. Eucharistic fasting for this length of time may remind us what 20th century heroes of the faith in underground Churches endured, and what 21st century confessors in China and elsewhere endure today; and that is no bad thing. Still, it is very, very hard to be the Catholic Church without being a vibrantly eucharistic Church. That’s true for everyone. The people of the Church should realize that it’s especially true for priests.

Priests who live out their priesthood as the Catholic Church understands that unique vocation – as an icon of the eternal priesthood of Jesus Christ, the Church’s spouse – miss their eucharistic congregations terribly. They have dedicated their lives to nourishing the flock, and to be unable to do so as they did eight months ago is a constant sorrow. Pastors are also bearing heavier financial burdens these days as donations shrink. Then there are the serious challenges involved in keeping parochial schools afloat under today’s public health circumstances. No man entering the seminary after the Long Lent of the 2002 and the sexual abuse crisis could imagine he was embracing an easy life; but no one expected this.

All the more reason, then, to celebrate the October 31 beatification of an exceptional parish priest, Father Michael McGivney, founder of the Knights of Columbus, who died during the pandemic of 1890.

He was born in 1852 to immigrant parents and his brief life coincided with the greatest period of expansion in U.S. Catholic history. That expansion also helped define his heroic ministry – and his genius. America in the late 19th century had nothing remotely resembling the social safety net created since the New Deal. Immigrant and first-generation families who lost their sole wage-earner could find themselves in desperate straits. In collaboration with Catholic lay leaders in New Haven, Connecticut, Father McGivney founded the Knights of Columbus in 1882 and created a new model of Catholic pastoral action: a fraternal organization that would provide for the spiritual and material needs of its members while serving the bereft, the indigent, and those foundering in their new homeland. Catholicism has been one of the great integrators of immigrants in American history, and no small credit for that is due to the Knights.

McGivney’s Knights also anticipated the Second Vatican Council in its teaching that the lay vocation in the world is just that: a vocation, a divine calling to live out the Great Commission given every Catholic in baptism: “Go and make disciples….” (Matthew 28:19). Following Father McGivney’s lead, the Knights have been a force for evangelization as well as charity, even as they have provided major philanthropic support to many Catholic initiatives, including Vatican communications. In the public arena, the Knights’ recent robust defense of religious freedom follows the example of their work for racial justice. Knights of Columbus chapters on nominally Catholic campuses today provide young men serious about their Catholicism with a means of evangelizing their peers while nurturing their own faith.

Father Michael McGivney’s beatification is a blessing for the organization he founded and inspired; it is also a compliment paid by the universal Church to the parish priests of the United States. Two of the finest were called home to the Lord in recent months, and while there is no way of knowing whether they will eventually follow Blessed Michael McGivney into the Church’s liturgical calendar, their memory is already firmly lodged in the hearts of the people they served, and they stand as further models of priestly goodness.

One of his admirers told me that, were it not for the pandemic, the entire city of Grand Rapids, Michigan, might have turned out in May for the funeral of Father Dennis Morrow, so beloved was this pastor, police, and fire department chaplain. I knew Den Morrow in college and he remained a rock of Catholic faith for the next 50 years. Father Philip Tighe came to the seminary after a business career, and it was clear from the deacon year he served in my Maryland parish that he would be a superb priest, eager to lead others in the adventure of orthodoxy – which I happily observed him doing when he became my daughter’s family’s pastor in North Carolina. His August 31 death deprived the Diocese of Raleigh of an exceptional spiritual leader.

There being neither rivalry nor jealousy in the heavenly Jerusalem, it is easy to imagine Fathers Morrow and Tighe celebrating Father McGivney’s beatification with him. May these three great American priests intercede for us all.