The dangers of the proposed sexuality education bill for Colorado schools 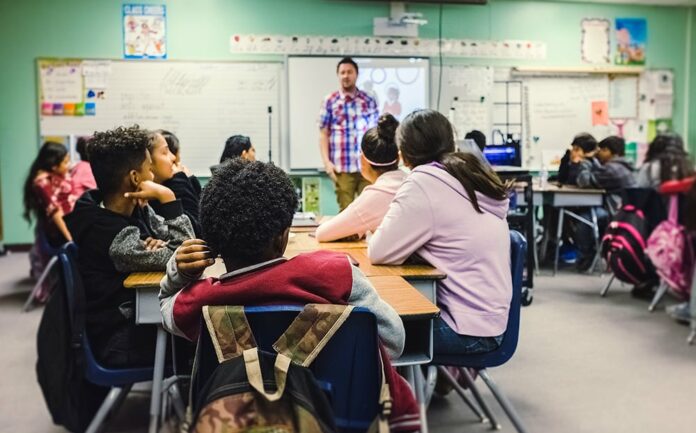 A controversial sexuality education bill was approved by the House of Representatives in February and now seeks approval of the State Senate, starting with a hearing on Thursday, Feb. 28.

House Bill 19-1032 would require public and charter schools in Colorado that choose to teach a sexual education curriculum to follow certain “comprehensive sex-ed” regulations which opponents of the bill argue undermine the rights of parents to educate their children on issues of sexual morality.

All are encouraged to attend the hearing at the State Capitol and express their concern against HB 19-1032. The committee hearing is scheduled for 1:30 pm in SCR 357.

Does it fill a need?

According to Dr. La Rosa, allowing the government to introduce sexual education during the years of brain development “is to introduce confusion and self-doubt which can lead to serious problems of anxiety, depression and suicide.”

The content of the curriculum is undefined, and the bill is vague on how schools will determine what is “age appropriate.”

“[This bill is] bad news for children and parents because children will come home with many questions, very confused and disoriented, and the teachers who do not agree with this teaching and object to it will eventually be fired for refusing to teach something that harms children,” Father Granados added.

One of the statements of the house bill affirms that sexual education must exclude all forms of “religious ideology.” In this respect, Father Granados clarified: “The Catholic teaching on sexuality is not an ideology, [rather] it helps us understand the truth of our being and of natural law… [Ironically], this law introduces its own ideology that is harmful, [making affirmations such as], ‘a boy can be a girl in a boy’s body.’”

Furthermore, Dr. Walker highlighted that the Catholic teaching on the orientation of the human person “is rooted in natural law.” This natural law says that “we are created male or female” and that contraception and abortion “are contrary to [it].”

If the topic of an undesired pregnancy were to be discussed in class, this bill would make it mandatory for teachers to present abortion and life as equal options. Father Granados warned that even though the bill claims to be neutral in this matter, “what it’s actually doing is promoting the culture of death because, evidently, if the three options are presented as equal, the girl will most likely choose abortion.”

Dr. Walker also pointed out the reality of the Post Abortion Stress Syndrome, “a sort of spiritual and emotional death. At some point, post-abortive women – and others who facilitate abortions – suffer from profound grief, regret, guilt and depressive and post-traumatic stress disorders.” It’s a trauma that can lead a woman to have suicidal or self-destructive behaviors.

Moreover, Dr. La Rosa assures that the best way to reduce abortions “is by educating children to respect life from the moment of conception until natural death, and to practice chastity… until the time of marriage.”

Nonetheless, one question remains: How can we fill the void of sexual education that so many children and teens lack?

“Sexuality is good,” Father Granados said. “It has been created by God, and as parents we have that responsibility of saying that God has created us male or female. We must thank God, who gives sense to our sexuality.”

But, can promoting abstinence be attractive to a young man or woman in the 21st century? “In my experience, when young people are presented with the truth of God’s plan for sexuality and marriage, their eyes light up and something clicks in their mind,” Dr. Walker said. “We are wired for the truth. The natural law is written on every human heart. These fundamental truths, when presented with compassion and love, can lead to dramatic conversions. I have seen young people repent and choose a new way of living; there is much peace in living a virtuous, pure life.”

Dr. La Rosa added that Popes Pius XI and XII “have instructed us very clearly that the tradition teaching about sex education should not be primarily a matter of discussing explicit sexual issues, but rather, it should be a matter if inculcating modesty, purity, chastity and morality.”

According to Dr. Walker, taking control of the sexual education of children the way this bill does, “would violate the religious freedom of parents, educators and children themselves.”

Fr. Granados added that “it would be very naïve to think that Catholic schools and homeschoolers will not be targeted in the near future. We must fight to protect all children in the State of Colorado from this aggressive teaching of gender ideology.”

Thus, instead of imposing an education that can generate confusion among children and adolescents, Father Granados recommends that children be taught to “dress with dignity.” And encourages parents to dialogue and ask their children when they return from school: “What have you learned today? What did they teach you?”

Similarly, Dr. Walker said, “I would also encourage parents to discuss chastity and purity and modesty with their children at a very early age.”

ANYONE IS WELCOME TO COME TO THE CAPITAL TO LISTEN AND OR  TESTIFY ON HB 19 1032.