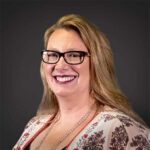 When Helen Anderson’s granddaughter, Ava Darche, came to live with her at 3 years old, Anderson was working a full-time job and at a very stressful point in her life.

Anderson had an awareness of public school with Ava’s mother, but she felt the experience was more negative than positive. Ava had already been through a lot of emotional turmoil in her short life, so Anderson was seeking some consistency for the little girl. “When we walked into the Catholic school — it felt like family,” Anderson said.

This extended family for Ava and her grandmother has been developed with the help of tuition assistance through the Archdiocese of Denver’s Seeds of Hope — a scholarship assistance organization that aids families who desire Catholic education but may not be able to afford it. Catholic education is just one of 40 ministries funded by the Archbishop’s Catholic Appeal.

Ava is now an 8th grader at Our Lady of Fatima. Her favorite subject is math and she is leaning toward becoming a teacher. Anderson said it would not have been possible without Seeds of Hope and her Catholic education.
“We can’t afford Catholic school for her,” Anderson said. “I can’t tell you what a difference this made in our lives.”

Now the family is facing a new challenge. Anderson has been fighting stage IV cancer since 2013. It is the same kind of cancer that Steve Jobs and Aretha Franklin had, but Anderson is getting top-notch treatment at the National Institute of Health and she believes in miracles.

The Our Lady of Fatima community has been a beautiful place and Catholic education has meant more to Ava than she imagined.

“When I was younger, I just viewed God as something I learned about, I didn’t have a connection,” Ava said. “Fatima has helped me understand that I can have a relationship with the Trinity.”

Ava wants to attend Catholic high school and she would like to study teaching in college because of her teacher relationships that were nurtured at Our Lady of Fatima. Anderson is impressed with the “brilliant, caring, and loving person” that Ava has become.

Seeds of Hope and Catholic Schools are a few of the 40 ministries that is supported by the Archbishop’s Catholic Appeal. Visit archden.org/givenow to support Catholic education today through a gift today.

COMING UP: She wasn’t Catholic when she started going to Catholic school. Now she and five others are.

Emily Maerz was in first grade when she decided that she wanted to be baptized, thus starting her journey into the Catholic Church.

Her grandparents, Sharon and Brad Maerz, have raised Emily beginning at a very young age, and they made the decision to send her to a Catholic school, starting in kindergarten.

“We put her in a Catholic school because we just couldn’t see her in a public school,” Sharon told the Denver Catholic. “We had appointments for several different private schools, but we got to Sts. Peter and Paul and we loved it immediately. We didn’t even go to any others.”

Emily graduated 8th grade at Sts. Peter and Paul earlier this year and will be continuing her Catholic education at Arrupe Jesuit High School this month. It was because of her Catholic education that Emily felt called to enter the Church – and this “yes” to God also helped to convert five others, including her own grandparents.

Even though Emily wasn’t Catholic when she started at Sts. Peter and Paul, she felt so at home in her new school community that she began to seriously consider being baptized along with her fellow students.

“In first grade, I started thinking, ‘I want to be a part of this more.’ I asked my grandparents if I could get baptized,” Emily said in an interview with Seeds of Hope, who provided tuition assistance to Emily’s family.

“The kids welcomed [Emily] with open arms, and she just started flying,” Sharon recalled. “The other kids were getting baptized, and she said she thought she might want to be baptized.”

She and her husband didn’t take issue with it; in fact, it was Emily’s conversion that opened the door to their own.
“After I became Catholic and started talking about it, [my grandparents] wanted to know more,” Emily said. “It got them thinking, and they decided to join.” 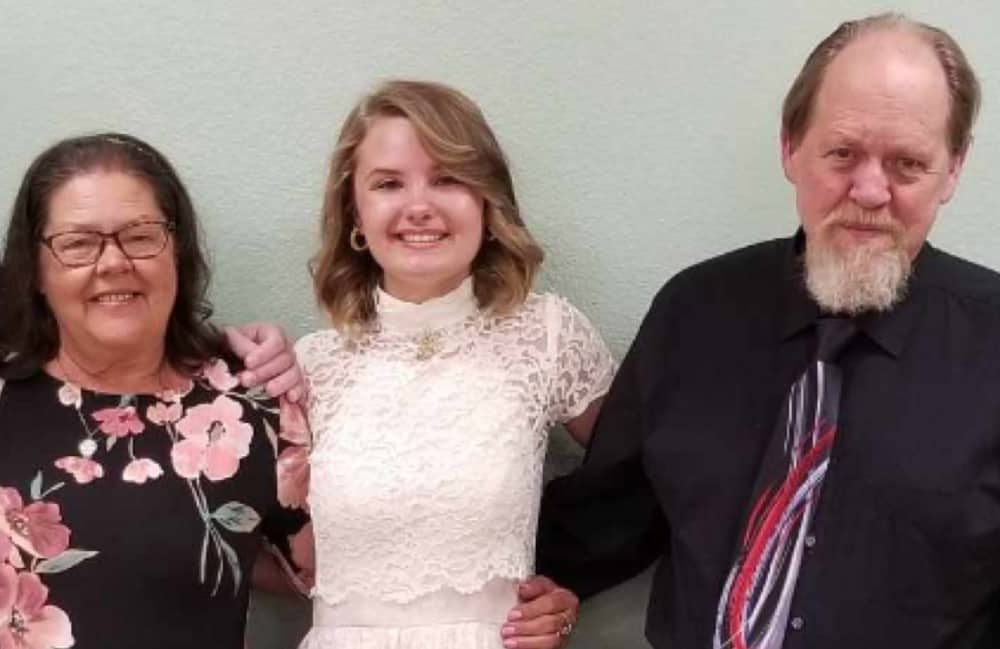 Emily’s conversion spurred her grandparents, Sharon and Brad, to enter the Catholic Church soon after she did. (Photo provided)

“She seemed to flourish there, and it was just so good for her,” Sharon said of Emily’s time at Sts. Peter and Paul. “And so we thought, if this is really going to be her path, then we need to look into it and support her. Then we came to believe wholeheartedly in the Catholic [Church] too.”

Brad entered the Church when Emily was in 3rd grade, and Sharon joined two years ago. But it didn’t stop there. As a result of Emily’s conversion and her fervor for sharing the faith, a family friend made the decision to enter the Church, and her aunt and uncle came back to the Church after being away for some time.

It was through her time at Sts. Peter and Paul that Emily came to a fuller understanding of her faith and what it means to be a follower of Jesus Christ. After her confirmation in 5th grade, she began taking religion classes, which she said helped to strengthen her new faith and led her to a “self-realization that I am a soldier of God. I am part of his army.

“It’s magnificent realizing that and waking up,” Emily said.

Emily’s grandparents couldn’t be prouder of the young woman Emily has become.

“She’s absolutely a dear at heart. We’ve not had one speck of trouble from her,” Sharon said. “I can’t wait to see what God has in store for her.”