Punishing the poor and needy 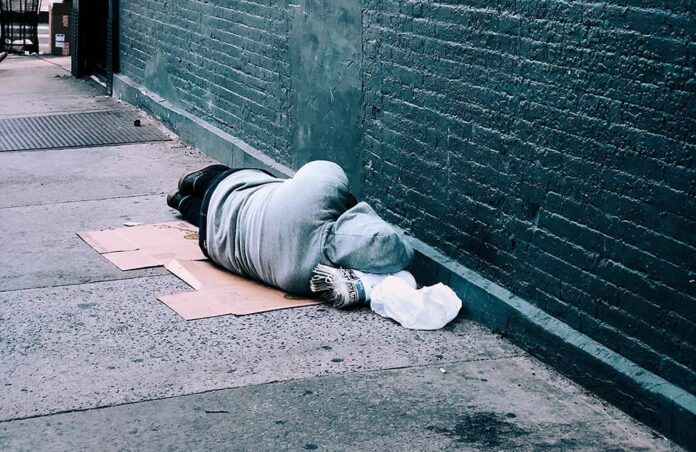 Every afternoon in downtown Denver, homeless men, women and children are given shelter, food and a place to wash themselves. Not far away, hundreds of people are receiving high quality medical care at one of our Catholic hospitals or Marisol Health. Some local parishes also distribute food, clothing, or help with rent. Whether you are on the Eastern Plains, the Western Slope or along the Front Range, people of faith are contributing their skills and resources to your community and making it a better place to live, and especially for the less fortunate.

Since we celebrated our nation’s independence about a week ago, the ability of people of faith to make a positive contribution to our society has been on my mind. People of faith make our society a better place as they seek the good and the true, and the right to live our faith in the public square is guaranteed by the Constitution. Unfortunately, there are forces at work trying to change that, and if they succeed it will be the vulnerable who are hurt the most.

Many people are familiar with Jack Phillips’ case because he recently received a favorable verdict from the U.S. Supreme Court. In brief, Jack was sued by a gay couple for refusing to make them a wedding cake, since doing so would contradict his belief that God created marriage to be between a man and a woman. His case – and others around the country – clearly show that there are people who want to silence Christian people and use the force of law to make them act against their faith or be punished.

Tim Gill, the multimillionaire who is funding and directing many of these efforts, plainly stated his intentions in a June 2017 Rolling Stone interview. “We’re going into the hardest states in the country,” he said. “We’re going to punish the wicked.” According to Gill, people of faith are “wicked” when their views do not agree with his. In this worldview, there is no room for differences on matters of prudence or conscience.

What you won’t hear from activists like Tim Gill is that the people who will suffer the most from his campaign against faith and the freedom of conscience are the homeless, children waiting to be adopted, or those needing hospital care. In short, the people who will be hurt are those who rely on the charitable activity of people of faith.

Take, for example, the Catholic Charities adoption programs in Boston, Illinois, San Francisco and Washington, D.C. that have been forced to shut down because they believe it’s not in children’s best interest to be placed with a same-sex couple. In Illinois, Catholic Charities for the Diocese of Springfield estimates that about 3,000 children were impacted by their closure. As was predicted, the state is now experiencing a shortage of quality foster families. Surely, this does not benefit society.

It is unexpected, but homeless men and women are also being impacted by changes to regulations. In Sept. 2016 the federal Department of Housing and Urban Development finalized rules that require homeless shelters to accommodate transgender people by placing them according to whatever gender they present themselves as, rather than their biological sex. Most often, it is men identifying themselves as women who approach the shelters, and this frightens the women, especially since many of them have been victimized by men on the streets.

Religious freedom can seem like an abstract concept, but when you look at the fruits of this basic liberty, its importance becomes clear. Moved by their faith, Catholics and others in the Archdiocese of Denver spent 2017 providing over 212,000 nights of shelter, emergency assistance to 28,000 households, 714 job placements, and almost 73,000 volunteer hours through Catholic Charities.

Further, hundreds of immigrants are assisted with English as a Second Language classes, business training, and faith formation through Centro San Juan Diego. In the name of Jesus, tens of thousands of sick people receive medical care at Catholic hospitals, clinics and nursing homes. This list doesn’t include other Christian, Jewish, or Muslim charitable endeavors, nor does it include individuals whose faith guides the way they run their small business or their work for their employer.

It is a convenient and worn-out argument to accuse people of discrimination to pressure them into giving up their beliefs, but this tactic ignores the people who suffer the most from the intolerance of those insisting people of faith give up their beliefs. Our country has long recognized and benefited from the gifts of faithful people, and restricting this spirit of generosity will make our society poorer.

I am grateful that the Supreme Court recognized that Jack Phillips’ right to religious freedom was infringed, but his case will certainly not be the last. As Christians, we must respond to this pressure with the joy that is born from faith, with loving, persistent resistance and forgiveness. Let us respond to Pope Francis’ appeal that he made as he spoke in front of Independence Hall in Philadelphia. “Let us preserve freedom. Let us cherish freedom. Freedom of conscience, religious freedom, the freedom of each person, each family, each people, which is what gives rise to rights.”