His Church. Our Experience.
Subscribe
HomeLocalPaul, Apostle of Christ captures what it is to live, die for...
Local

Paul, Apostle of Christ captures what it is to live, die for Christ 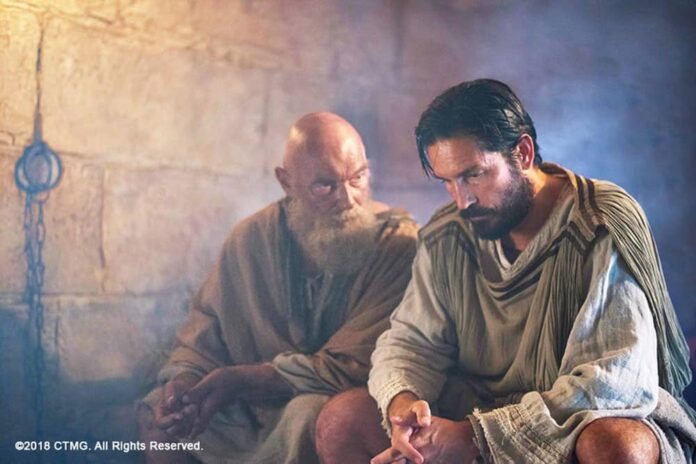 The film, which stars James Faulkner as Paul and Jim Caviezel as Luke, focuses on the final moments of the life of Paul, also called Apostle of the Gentiles, who resides in the Mamertine Prison within the Imperial Forums in Rome. He is sentenced and punished for helping to spread Christianity and supporting the strange sect that believed in the resurrection of Christ, and for writing dozens of letters to different towns and people about the truth of Jesus.

A Greek doctor, Luke, pays Paul a visit to help heal the wounds left from the flogging he had suffered due to his sentence. Luke was fascinated to see Paul’s courage and love for Jesus that led him to change the course of his life; he went from being a persecutor of Christians to being persecuted by Emperor Nero and his men, who saw Christians as a threat to the unity and power of the Roman Empire.

After several conversations between Luke and Paul, Luke (who was also a writer) felt compelled to take notes of the teachings of the wise man, his life, his time as a persecutor of Christians, and his conversion. That is how the book of Acts of the Apostles was written. The liturgy of the Catholic Church remembers it in a special way during the Easter season, because the first reading of the 50 days before the resurrection of Christ Mass is taken from there.

It’s very nice to see well-produced Christian films, with great actors who know how to personify the first Christians, transmit the beauty of their faith, their enormous courage, and at the same time the suffering caused by the persecution and the (natural) fear of death.

With sweeping cinematography and good care of small details, this production faithfully illustrates the life of Saint Paul, not only in his last moments but also during important events such as his participation in the martyrdom of Saint Stephen (who nobly asked God to not consider the sin of his executioners) and then his conversion on his way to Damascus, when Jesus appeared to him and asked him, “Saul, Saul, why do you persecute me?” (Acts 9:4).

One of the most powerful scenes in the film is the moment of his baptism where he leaves behind the life he led until that moment and is born again as a Christian. The most famous phrases and quotes that appear in the different Pauline epistles and that have served to transmit and strengthen the faith to entire generations are present in the film.

The movie pays homage to the first martyrs of the nascent Church whose faith and integrity was much stronger than their fears. They remind us of so many persecuted Christians around the world, who today continue to give their lives as witness to the Jesus they have encountered, to the God who transformed their lives. As Saint Paul himself wrote in his letter to the Philippians, “For to me, life is Christ and death is gain” (Phil 1:21).