On the composting of thee and me 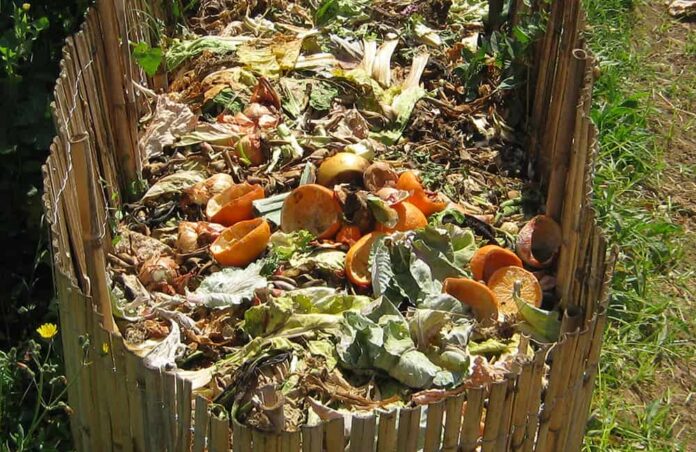 In Herman Wouk’s novel, War and Remembrance, Warren Henry shocks his Bible-reading father, the novel’s hero, by claiming that human beings are “microbes on a grain of dust…and when it’s over we’re just dead meat.” The Washington state legislature has now topped the cynical young Warren Henry by declaring that we’re useful meat, as in potential compost, such that one can legally choose to be composted after death, then used for fertilizer.

The case for composting thee and me is put in reassuring ecological terms. “There are significant environmental problems with burying…bodies,” according to state senator Jamie Pedersen, author of the human composting bill. Katrina Spade, the founder of “Recompose” (the company promoting human composting) described the process by which her firm does its grubby business as “the same process happening on the forest floor as leaf litter, chipmunks, and tree branches decompose and turn into topsoil.” Lynn Carpenter-Boggs, a Washington State University researcher who tried Ms. Spade’s process on six cadavers, told the Washington Post that “the material we had, at the end, was really lovely; I’d be happy to have it in my yard.”

There, now: Doesn’t that make you feel better?

Anyone paying attention to the churnings of American politics knows that the coastal strip of the Pacific Northwest, between Eugene, Oregon, and the northern suburbs of Seattle, is an asylum of political correctness, fueled by what a cultural anthropologist might call substitute religions. What was already the most unchurched part of the country when I lived there from 1975 to 1984 has experimented, over the past four decades, with various ultramundane religiosities — from socialism to radical feminism to gender theory to the most esoteric forms of environmentalism — often layering one mania on top of another. With human composting, this madcap exercise has now been turned inside out, demonstrating the ancient truth that the worship of false gods — in this case, Gaia, or the Earth — is a sure prescription for lethal incongruity.

In the biblical view of things, men and women, created in God’s image and likeness, have a God-given dignity that implies a responsibility to care for God’s creation, the Earth. Exercising that responsibility is a good thing here-and-now; it’s also an act of generosity toward future generations, who should inherit the Earth as a garden to cultivate, not a garbage dump to manage. But if men and women are, in the final analysis, compost — “a cubic yard of soil,” as Ms. Spade told the Post — why should we possess a unique dignity? Why should we bear any special responsibility to treat the Earth and other living creatures well? If we’re just compost-waiting-to-happen, why should we treat nature with respect?

If human beings have no special dignity within creation, then we have no special responsibility for creation. By declaring us proto-fertilizer, the human composters implicitly deny our innate and distinctive spiritual qualities — our ability to reason and to choose, to love, to sacrifice, to act altruistically and to rise above self-indulgence and violence. Logically, then, don’t the human composters undercut their own case for the care of the Earth and its creatures? Radical environmentalism in the form of human composting leads to an ecological nihilism antithetical to the moral case for “sustainability.”

Turning each other into compost also vitiates the ancient human instinct to create special places for the dead, where loved ones may be visited and their memory honored. To gut that instinct by composting relatives and friends for use in Lynn Carpenter-Boggs’s yard suggests that the bonds of love, friendship, and community that exist in life really aren’t really significant: if we’re just fertilizer, why should we be valued in life and cherished in death?

It’s long been obvious that certain forms of radical environmentalism are an ersatz religion, with an ersatz sacred text (Rachel Carson’s Silent Spring), ersatz sacraments (those multiple recycling bins), an ersatz Satan (Big Oil), an ersatz theology of the Kingdom (the aforementioned “sustainability”), and an ersatz moral theology (using plastic straws being the latest example of an eco-mortal sin). It was only a matter of time before this ersatz religion’s false anthropology and cosmology — its denial of the unique status of human beings in a natural order that’s created, not accidental — would lead to the grotesque. With human composting, gussied up as a matter of ecological responsibility, the grotesque has most assuredly arrived.