His Church. Our Experience.
Subscribe
HomeLocalA note on Our Lady of Visitation
Local

A note on Our Lady of Visitation 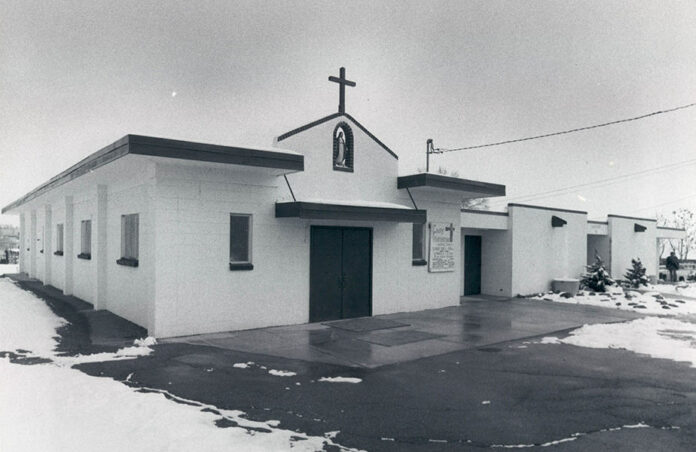 When one arrives in Colorado, one soon encounters a large immigrant community originating from Latin America. But there is also another Latino community here, but it’s one that speaks primarily English, even though most speak Spanish, or at least understand it, using a very particular vocabulary. This community shares various traditions and ways of life typical of the Hispanic world. They cook tamales and green chili, make “bizcochitos,” remember the processions of the “penitentes,” and have a strong sense of family. Many have surnames of Spanish or Portuguese origin: Maestas, Vigil, Archuleta, Gallegos, Olguín, Martinez, Valdez, among others. They are Latinos or Hispanics who trace their roots back generations—some to even before the arrival of the Mayflower—in the towns and cities of New Mexico and other southern territories.

On April 27, I had the opportunity to get to know a representation of this community. They are a formidable and enjoyable group of people. They honor their roots, have a great love for their traditions and customs, and have a healthy pride of being Latino, while also being deeply American. I am referring to the members of Our Lady of Visitation Mission Church.

The reason for the meeting was important, and at the same time difficult. The archdiocese decided to cease offering Sunday Mass at the mission. I saw with my own eyes the sorrow in the community. The decision, however difficult, was one that considered the spiritual good of the community, while also bearing in mind the needs of the entire archdiocese.

Our Lady of Visitation Mission has had a regular attendance of about 100 people each Sunday for the past 10 years. The majority of those who attend Mass at the mission do not live in the area; coming from many corners of the archdiocese, the community gathers at the mission because it is there that they reconnect with their roots, with their history and family. But obviously, attending Mass on Sunday is not enough to experience a full parish life with the wide range of ministries a parish offers, including ongoing religious education, opportunities for spiritual growth, and a complete liturgical schedule.

A few streets away is the Parish of Holy Trinity, to which this mission belongs. The community was invited to participate more fully in the parish, where they could receive all the services a parish can offer, and to take advantage of opportunities to grow in their faith. It is not news that we no longer have the number of priests we did in the past, nor is it news that that the demographics of our state have changed and that there is a need to open new parishes and make a more efficient use of the resources we have.

The Vicar for Clergy met with some representatives of the community of Our Lady of Visitation on two occasions, and I met once with some members, albeit more informally. Representatives of the archdiocese decided to cancel their attendance at a larger meeting in late March because, one day prior, the archdiocese received a letter from a lawyer representing some members of that community indicating the possibility of a lawsuit against the archdiocese. Once the discussion involves lawyers, the tone and circumstances of the dialogue changes to another level.

Because of the circulation of some incomplete or false information in the media, of pamphlets left in the parishes, and other means, I would like to clarify some points of what has been said about this decision taken by the archdiocese.

In making this decision, the goal was never to seize the savings of the mission, nor was it to sell the property. In fact, the idea was to leave it as a meeting place, to be used for special occasions or celebrations, for the annual bazaar, and other similar events.

Out of respect for the history of the mission, the archdiocese suggested offering Mass one Sunday a month at the mission, which would give the community the opportunity to reconnect, celebrate its roots and pray together. The caveat was that on each of the other Sundays, each one would attend his or her own parish. This solution would have achieved the needs of both sides: giving the members of Our Lady of Visitation an opportunity to gather together regularly, while also offering them the possibility of living a more complete parish life. Unfortunately, this proposal was not accepted by the representatives of Our Lady of Visitation. For them it was all, or nothing—that is, they insisted on keeping things as they were. It is a shame because this proposal met the goals of both sides, and it would have been a good solution for everybody.

It has been suggested that this decision was made because the Church discriminates against Latinos, or that is does not value the Latino tradition. This cannot be honestly considered, particularly in these times when the archdiocese is making a great effort to serve the Spanish-speaking immigrant community. The Church loves and appreciates all the cultures that it is composed of: the mainstream English-speaking community, the Native American community, Vietnamese, Hispanic, African American and African, Korean, Mongolian, Polish, Lebanese, etc. The Church also values this community of Hispanic origin, which is native to what is now the United States, and which has been so important in the history of the Catholic Church in Colorado.

The proposal suggested by some members of Our Lady of Visitation to bring in retired priests to celebrate Mass every Sunday is not a viable solution, because this arrangement does not allow for the stable connection of the community with their parish priest, which is a necessary component for a parish community. The substitute priest arrives, celebrates the Mass and leaves. He does not belong to that community.

As you can see, the topic is very complex. Some people from the community of Our Lady of Visitation have organized events to pressure public opinion, such as press conferences, protests, and petitions. Personally, I think that fostering division is never good, but I can understand the pain that those brothers and sisters of ours are going through. I even admire the love and pride they have for all the sacrifices their grandparents and fathers made when building that small community of Our Lady of Visitation.

I invite you to pray to the Lord with the same words of Jesus when he prayed for his Church: “That they may be one, as we are one. I in them and you in me, that they may be brought to perfection as one, that the world may know that you sent me” (Jn 17: 22-23).

Although Sunday Mass will no longer be said regularly at the Mission of Our Lady of Visitation, I would be delighted if the community could find a way to continue celebrating its Latino tradition, history and family. And I would love to be part of it, because—as I said at the beginning—it is a great community that within five minutes made me feel like family. 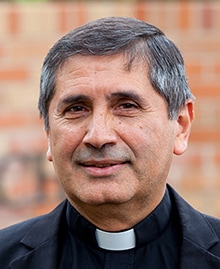