Making the switch: Families find blessings in shifting from public to Catholic schools 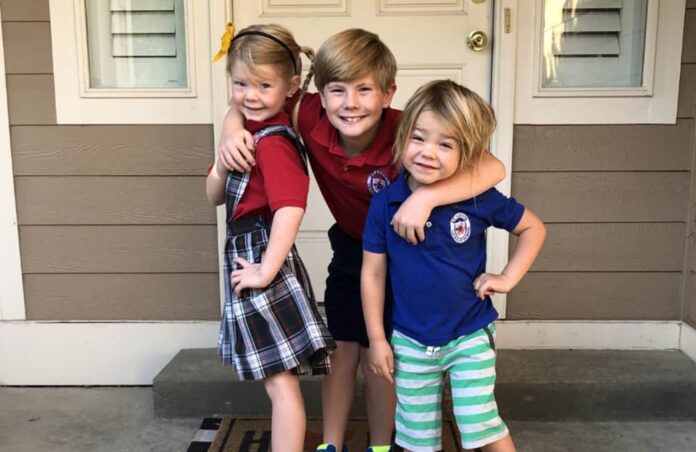 The Lord, indeed, works in mysterious and wonderful ways – and this year, several families, having moved their children from public to Catholic schools, are seeing many unexpected blessings that have come from making the switch.

Nicole and John Stephan both attended Catholic schools growing up, but up until this year, their daughters, Hailey and Sydney, both attended public schools. The plan was to have them attend public for the lower grades and later attend a Catholic high school. The pandemic and other things happening in the girls’ public schools altered their plans a bit and has brought many blessings as a result.

Even though they’d planned for years to have Hailey switch to a Catholic high school for her freshman year, the new Bishop Machebeuf student has found her move to a Catholic school a very positive one.

“You have the opportunity to go to Mass,” Hailey said. “The other day, I went into the chapel with friends and we said the rosary together. It was so amazing because we were just sitting together in the chapel praying and it was just NORMAL.”

Hailey really likes how prayer is infused throughout the day and says there are many wonderful role models for her at Bishop Machebeuf who are helping her.

“My faith has grown by seeing other people who are good examples. It’s helping me grow in my faith,” she explained.

She shared the experience of having the school chaplain, Father Julio, come into her classroom and hand every student a rosary, then blessing them all. Another time, she said, “Father was walking all around the school with the monstrance and he stopped by every class.”

These moments to deepen and enrich her faith are having a big impact on Hailey. The opportunity to be at a school where the Blessed Sacrament is being carried reverently from classroom to classroom and students can see and pray in the presence of Christ is something to be truly treasured.

Knowing they didn’t want fifth-grader Sydney in remote learning this year, it was the perfect time for the Stephans to make the switch to Catholic schools for both daughters. Even though the girls had attended strong public schools, Nicole says they noticed a difference right away.

“Sydney came home one day and said, ‘I learned about adoration today. I learned how to do it because my teacher led us and showed us how to do it.’ To have someone lead you, especially as a child, that’s transformational in how you view adoration,” said Nicole.

Sydney says she feels the difference. “I understand my faith better and feel like I’m learning more about prayer. I grew closer to God through participating in adoration,” said Sydney.

Nicole says the other big reason they wanted to enroll their daughters in a Catholic school is because of the sex education curriculum being taught in their former public schools, a program Nicole says “scared me” and confuses kids about gender as God designed it.

“I am concerned about the gender ideology and disregard for human life that is included in these middle school discussions,” Nicole said. “I personally believe strongly that we have to remind our children who they are and affirm them in their gender. I think that is probably my number one relief to have my kids out of public school. I don’t want my kids to be unrelatable here on earth but at some point, they need a solid foundation on which to stand in regards to the basic truths.”

That’s what she and her husband want for their girls to receive at Bishop Machebeuf and Blessed Sacrament – to be in an environment where their girls will learn truth and beauty and goodness, including who they are as males and females, made in the image and likeness of God.

Hundreds of other parents have also made the switch from their public schools to Catholic schools this year, many because of the pandemic and the impact it had on their former schools.

After two “not so great” years for their daughter in a public school, Julie and David Ites switched their daughter, Harper, to St. Louis Catholic School in Lousiville this year. Julie says she sees a huge difference in the two schools and in her daughter, who is now a second grader.

“My daughter is actually excited to go to church now and can recite the prayers with ease,” Julie said. “I feel like this has given her more confidence overall. She is also excited to share prayers and talk about her faith to us and her friends, which is really exciting to see. I also feel that the curriculum is much more advanced.”

Brian and Molly Zinzi also made the choice to move their boys, Austin (second grade) and Liam (kindergarten) from two different public schools to a Catholic school this year.

“For Austin, the biggest difference in attending St. Louis is the balance of support and accountability. The structure of school, uniforms and the discipline of school and religion give him a foundation to know there are rules, and systems of structure to respect, etc. while understanding that he is cared for, enabling him to continue to cultivate respect for himself and others,” said Brian.

He shared that Liam is able to apply his religious learnings and his faith in ways he can relate to as a kindergartner.

“When he’s upset with something, [or] he is asked to do at home that he doesn’t want to, he can recognize that he can be mad but still have love for his family,” Brian explained. “When he is worried that he will have a bad dream, he asks St. Gabriel to watch over him in his dream which provides him comfort.”

Kelly and Ben Kanner have two older children who were supposed to be in a public school this year, and one younger child who was going to attend the Early Learning Center at St. Louis Catholic School. “Then COVID hit, and we weren’t sure what would happen with school,” said Kelly.

When the Kanners found out their public school wouldn’t have in-person learning, they decided to enroll the older two at St. Louis as well. They noticed the difference right away, from smaller class sizes to a more rigorous curriculum to the way morals and manners are modeled in the classroom, lunchroom and hallways.

“That transfers to our home life in things the kids have learned and then bring home,” Kelly said. “I think that sometimes things, people or places come into your life for a reason. I think St. Louis came into our life for a reason, and we’ve been very blessed to have the school and teachers in our life this year.

“If you had asked me in August before we started school, I would have said that we would go back to public school next year,” Kelly concluded. “Now I don’t think we’re going anywhere!” 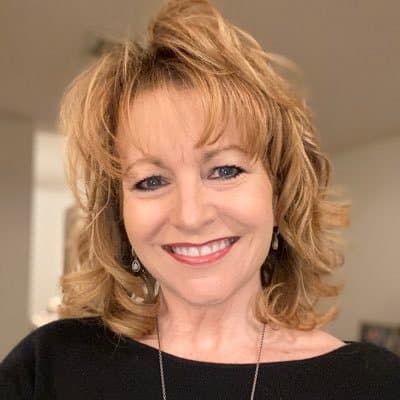 Carol Nesbitt
Carol Nesbitt is the Director of Communications for the Office of Catholic Schools.
RELATED ARTICLES
Around the Archdiocese