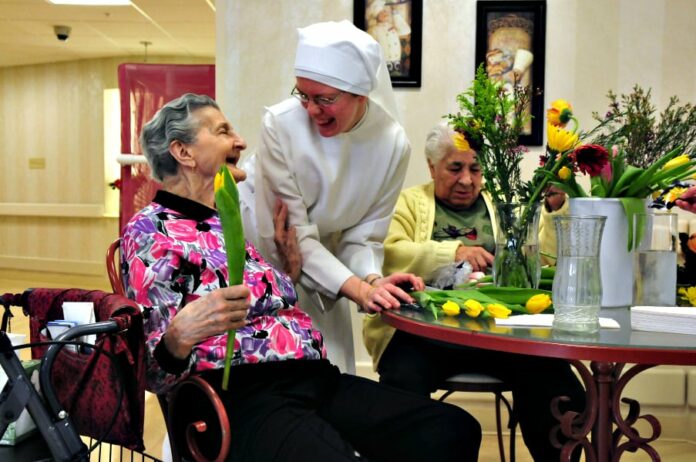 The National Organization for Women’s labeling Catholic nuns as “dirty” in its list “The Dirty 100” is “highly offensive” and an affront to the dignity of women, said Catholic lobbyist Jenny Kraska.

Kraska is executive director of the Colorado Catholic Conference, the public policy arm of the Church in the state. She responded to the pro-abortion lobby’s list released this week that included the Little Sisters of the Poor.

“It is highly offensive to me, as a woman and a Catholic, that a group such as NOW, which professes to be concerned about equality for women, would develop a list identifying the Little Sisters of the Poor as ‘dirty,’” Kraska said in a statement. “It seems to me that NOW is only concerned about women who take the same radical positions that their organization does.”

A request for comment from a NOW media spokesperson was not returned July 9.

The Little Sisters of the Poor is an order of nuns founded by St. Jeanne Jugan in the 19th century. They operate a home in Denver and some 200 homes across five continents under their spiritual charism of the “grace of hospitality toward the aged poor.”

The Little Sisters “are a magnificent group of women that have dedicated their lives to service of the least among us and they have done so with a spirit and zeal that provides a beautiful witness of love, self-sacrifice and dignity that all women can draw inspiration from,” Kraska said.

The pro-abortion organization’s list also tries to shame other Catholic organizations including Priests for Life, which advocates against the death penalty and abortion, and 12 Catholic dioceses in the United States.

The list targets entities that filed lawsuits against the contraceptive mandate within the Affordable Care Act and is part of a larger effort called “The Dirty 100 campaign.” The campaign included a demonstration outside the U.S. Supreme Court before justices ruled June 30 in favor of for-profit businesses’ religious freedom to not comply with the federal Health and Human Services contraceptive mandate.

This week, NOW reacted to the Burwell v. Hobby Lobby Stores ruling by asking its adherents to “stand against The Dirty 100” and refuse to support entities that oppose employer-paid birth control on the basis of religious liberty. The lobby spread its message on Facebook and Twitter with the hashtag #Dirty100 inviting people to petition against those on its list.

It advocates on its website to “stand with NOW and tell them it is not acceptable for employers to impose their personal beliefs on their employees.”

Kraska said all women should strive to promote a universal recognition of the dignity of women regardless of religion or politics. But NOW’s listing of some women as “dirty,” she noted, demonstrates that “promoting equality for all women is clearly not their goal.”