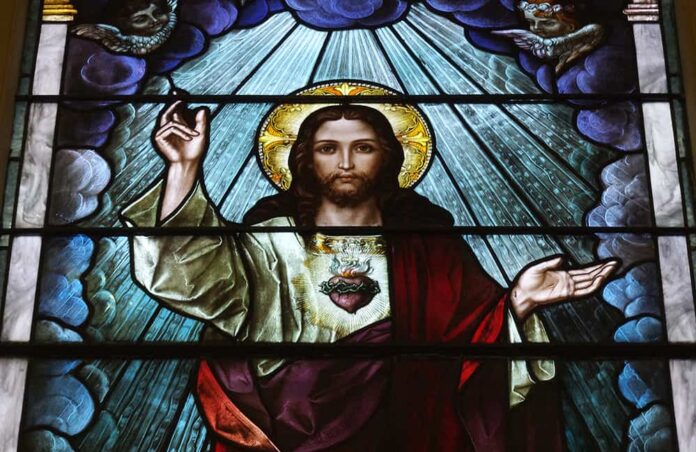 Our nation has been shocked and convulsed by the tragic death of George Floyd, adding to the litany of those who have unnecessarily lost their lives. People have been rightly outraged, because human life is invaluable and has a dignity that must be unconditionally respected. Underlying this tragedy and the many others over the years is a societal failure that took root with the introduction of slavery to the U.S. 400 years ago. Our country failed to equally love and respect every person, and we see the damage caused by that wound continuing to manifest itself today. Closing these wounds will take time, but it is something that the Sacred Heart of Jesus desires and that our faith demands.

The process of healing requires acknowledging what was done by whom. The Catholic Church, in the U.S. and in other countries, has not always been blameless in welcoming and respecting every race and ethnicity. Pope Saint John Paul II acknowledged these sins on several occasions, including asking forgiveness during the Jubilee Year 2000’s Day of Pardon. He said, “Lord God, our Father, you created the human being, man and woman, in your image and likeness, and you willed the diversity of peoples within the unity of the human family. At times, however, the equality of your sons and daughters has not been acknowledged, and Christians have been guilty of attitudes of rejection and exclusion, consenting to acts of discrimination on the basis of racial and ethnic difference. Forgive us and grant us the grace to heal the wounds still present in your community on account of sin, so that we will all feel ourselves to be your sons and daughters.”

At various moments in the history of our Archdiocese, people of color have experienced instances of racism in our Churches, ministries, and schools that we cannot ignore and must acknowledge has hurt members of our Church. At one point, in one of the most egregious acts of racism that took place in our history, we had a parish where black parishioners were required to wait outside to receive Communion and could only do so themselves after the white parishioners were finished and if there were enough hosts left. Even today I have heard from members of the Black, Hispanic, and Asian communities who have shared with me how they have experienced being excluded and not being welcomed. Knowing of our past and present sins hurts me deeply. As the Archbishop of Denver, I want to apologize for the pain that has been caused anytime the Church or its members have failed to love as Jesus loves us.

Racism is sinful and a wound to the heart of Christ and the unity of the Church. Racism is a sin because it involves debasing God’s image and likeness (Gen 1:26). To say that we are made in his image and likeness means that every human being is endowed with a spiritual and immortal soul that is made for eternal union with God (Catechism of the Catholic Church, #1701-1703). And when one insults or commits violence against someone because of their race, it is an attack on that person’s whole being, as well as an attack on God, who created him or her in his likeness. Jesus underscored this connection between God and those who are persecuted in Matthew 25:45 when he said, “what you did not do for one of these least ones, you did not do for me.”

Our society is currently grappling with how to respond to the inequalities highlighted by the death of George Floyd and the subsequent protests. People are rightly infuriated by his killing and the unequal treatment of people of color by the police. This is just and righteous anger. But as Pope Francis has noted, peaceful protests are needed, not ones that are violent or destroy property. We have to “recognize that ‘the violence of recent nights is self-destructive and self-defeating. Nothing is gained by violence and so much is lost,”’ he stated.

As Catholics we must understand that Jesus Christ holds the only lasting solution to racism, and we all must do our part to be converted and to spread his Gospel message. We must follow the first great commandment of putting God – Father, Son and Holy Spirit – first in our lives, and flowing from that love comes the love of neighbor. We are only able to keep these commandments with God’s grace, poured out on us in the sacraments. Through Baptism, we are redeemed in Jesus Christ, set free from our sinful state, and become the adopted sons and daughters of the Father. Through the outpouring of the Holy Spirit in Baptism and Confirmation, we are strengthened in the gifts needed to spread this Good News to the world. And in the sacraments of Reconciliation and the Eucharist we receive the spiritual food we need to persevere in pursuing holiness throughout our earthly life to reach the goal of heaven.

There is a final gift that uniquely aids us in the process of conversion, which has repeatedly come up in conversations with those who have suffered from racism, including Denver’s own “Angel of Charity,” Julia Greeley. This gift is the devotion to the Sacred Heart of Jesus, which teaches us the depth of Jesus’ love for every person, no matter their circumstance, race, or degree of holiness. The Father and Jesus love us first and desire to make every human being their home. With his Sacred Heart, which has been wounded by the sins of the world, Jesus loves each of us with great tenderness and mercy, and he teaches us to extend that love to others. During her lifetime, Julia Greeley was known as one of the strongest promoters of this devotion, walking on foot to deliver leaflets and badges from the Sacred Heart League to households and to each fire station in the city every First Friday. We know that she suffered from racial discrimination, but she bore those wounds with strength and forgiveness, which surely came from God’s grace and her devotion to Jesus’ wounded Sacred Heart. She knew in her heart that she was a beloved daughter of the Father and this allowed her to share that love with others despite how some treated her.

As our society works on addressing racism, I urge people to engage in the culture of encounter that Pope Francis has so frequently talked about, since by knowing each other better we can see and address the suffering of our neighbors. I also ask every Catholic and person of good will to examine their own conscience and invite Jesus to transform their heart so that it becomes like his own Sacred Heart that loves every person equally – no matter their sinfulness – and seeks their eternal union with him in heaven.