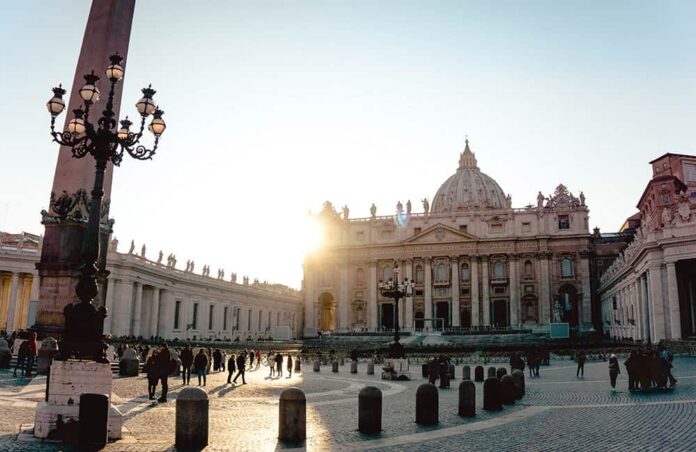 With hundreds of bishops coming to the Vatican in October 2001 for a Synod, I decided to spend that month in Rome conducting interviews for what would eventually become the sequel to Witness to Hope and the second volume of my John Paul II biography, The End and the Beginning. During my conversations, I found a striking similarity among bishops from Latin America, each of whom I asked to name the greatest challenge his local Church faced in implementing Catholic social doctrine in the 21st century.  Without exception as to country, and no matter where the bishop in question fell on the spectrum of Catholic opinion, each of them gave the same, one-word answer: “Corruption.”

That got my attention, because fostering cultures of honesty and trust would seem to be right in the Catholic Church’s wheelhouse, and the Church had been present in Latin America for some 500 years at that point. Yet one by one, the bishops told me that personal corruption, leading to systemic and culturally reinforced economic and political corruption, was the greatest challenge they faced in the new century. It was an answer that helped explain some otherwise puzzling phenomena: like Argentina’s collapse from being one of the world’s 10 wealthiest countries in 1900 to being a perennial political and economic basket case; like Brazil’s inability to realize its potential as a great economic power. There was serious Catholic failure here, and the bishops with whom I spoke were honest enough to admit it.

I remembered those conversations when reading a recent essay in America magazine by San Diego’s Bishop Robert McElroy, “Pope Francis brings a new lens to poverty, peace, and the planet.” In that essay, the bishop had this to say about comparative pontificates:

“This new lens reflects in a fundamental way the experience of the Church in Latin America. Critics of Pope Francis point to this as a limitation, a bias that prevents the pope from seeing the central issues of economic justice, war and peace and the environment in the context of the universal Church. But St. John Paul II certainly enriched key aspects of Catholic social teaching from a perspective profoundly rooted in the experience of the Eastern European Church under communism. Contemporary critics of Pope Francis voiced no objections to that regional and historical perspective.”

I’ve no idea who these “critics” are, but perhaps a few refreshers on John Paul II’s social doctrine would help further the discussion.

First, Karol Wojtyla was steeped in the classic social doctrine tradition of Leo XIII and Pius XI, which he taught at the Silesian seminary in Cracow in the 1950s and which provided the intellectual scaffolding for his own social magisterium when he became pope.

Second, it’s true that John Paul II’s most important contribution to the 21st -century discussion of the free and virtuous society — his insistence on a vibrant public moral culture as the key to living freedom nobly and well, in both political and economic life — reflected the experience of a Poland that remained alive through its culture when its independent statehood was eliminated between 1795 and 1918. But it’s also true that this “culture-first” theme was thoroughly baked into the classic social doctrine, beginning with Leo XIII.

Third, John Paul II’s recognition of the dynamics of post-Cold War economies was not drawn from his Polish experience — the man never had a checkbook and lived largely “outside” the economy — but from intense conversations with western scholars who knew how post-industrial economies work (and don’t), and from whom he was both smart enough and humble enough to learn.

And finally, John Paul II’s social doctrine took failure seriously and tried to learn from it: specifically, the failure of the Weimar Republic in interwar Germany, where an ably-designed political and economic system eventually produced a totalitarian regime, because its moral and cultural foundations were too shaky to support the institutions of freedom when the crunch of the Great Depression came.

So it seems to me that, with John Paul II, a distinctive personal experience refined and extended the classic social doctrine tradition. John Paul was not imposing an idiosyncratic view on the world Church — which is in fact something no pope should do, because the Bishop of Rome is the custodian of a universal tradition, not an intellectual free agent.