His Church. Our Experience.
Subscribe
HomeLocalDemocrats for Life conference seeks to advance pro-life cause
Local

Democrats for Life conference seeks to advance pro-life cause 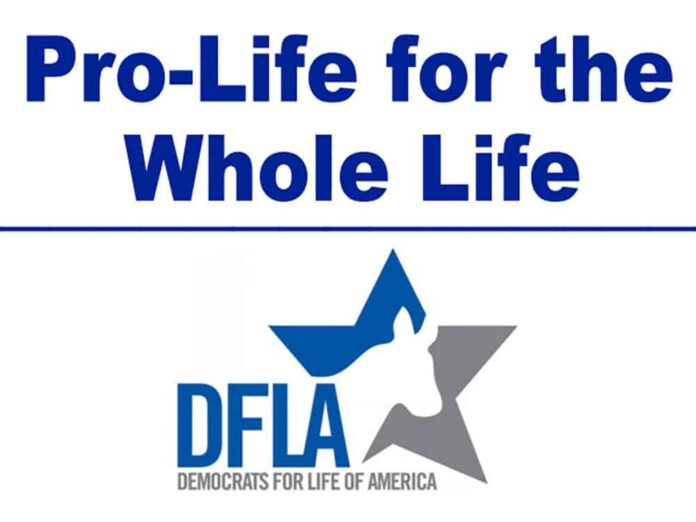 According to a 2017 Gallup Poll, between 25-30% of democrats are pro-life and close to 30% feel abortion is morally wrong.

“These democrats often feel intimidated and historically have been silenced in the Democratic Party,” said Thomas Perille. “Democrats for Life of America gives these pro-life democrats a voice.”

The conference is titled “I Want My Party Back” and will take place July 20-22 at the Radisson Hotel Denver Southeast.

The event will include a series of speakers who will address life issues from abortion to assisted suicide.

“Speakers will make the case that pro-life advocacy is the civil rights issue of our time,” said Perille. “They will discuss the nexus between poverty and abortion and racism and abortion.

“Because the Democrats for Life of America’s consistent life ethic is in harmony with Catholic social teaching, it is no coincidence that more than nine speakers at the conference are prominent Catholics,” he said.

Jennifer Kraska, Executive Director of the Colorado Catholic Conference, believes the pro-life message should appeal to both Catholics and non-Catholics, as well as both democrats and republicans.

“We are living in a time of great political unrest and division,” she said. “It is my hope that a conference such as this one will help strengthen and energize the pro-life movement.”

Kraska believes that it’s important for Democrats to witness a conference that promotes “human life in the face of political opposition from their own party.

“I am also hopeful that more young people and politicians will be emboldened to stand up for their pro-life values, regardless of political party affiliation,” she said.

Kristen Day, executive director of Democrats for Life of America, understands that being a pro-life Democrat is not easy.

“When I meet other pro-life Democrats, they often say, ‘I thought I was the only one,’” said Day. “Bringing like-minded people together is so important to build relationships and momentum for us to work on changing our party to one that is more consistent.

“I want people to leave this conference feeling mobilized and encouraged,” she said.

The Democrats for Life conference expects to welcome 100-200 people from all over the country and hopes for a significant local Catholic turnout.

“Attendees will be buoyed by the inspirational talks from some of the most prominent and powerful pro-life speakers in the country,” said Perille. “They will be better equipped to effectively engage with their local state political leaders.”

Perille emphasized that people of all political parties are invited to attend.

“Ultimately, we strongly believe that to advance the pro-life cause, we must make it a bipartisan effort,” he said.