The Hidden Figures of the Space Race 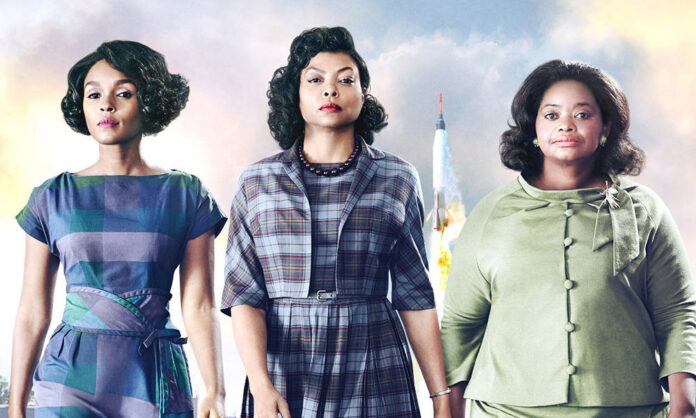 The great deeds and discoveries of humanity always have one or several protagonists, but also hundreds of people who act “behind the scenes” and whose names may never be recorded in history.

The talent and hard work of three women was required for America’s pivotal role in the Space Race, and eventually, the historic landing of astronauts Neil A. Armstrong and Edwin E. Aldrin Jr. on the moon, with Michael Collins in orbit in the Command Module waiting their return. Katherine Johnson, Dorothy Vaughan and Mary Jackson all had something in common: They were African-American.

It was writer Margot Lee Shetterly, the daughter of an African-American researcher at the Langley Investigation Center at NASA, who discovered the unknown story and ensured that the feat of these three women was worth telling. Her book was turned into a film and today, Hidden Figures is nominated for several Oscars, including best picture.

The United States, between the 1940s and 1970s, was in an era of racism. The segregation that separated some public places between white and African descendants was a measure rejected by some citizens, but socially accepted by others. These three women lived this situation in their college years and working life. They had to walk (and sometimes run) a whole mile to use the restroom, were forced to sit in the far back of public buses, and had to take coffee from a coffeemaker specifically for colored people. It was a time of the violent acts perpetrated by Ku Klux Klan, the time of the battle of Martin Luther King Jr. for the equality between white and African-Americans, and also the time of his murder.

It was in this context that these brave, courageous women set out to make equations and calculations that later became decisive for inter-space travel. Katherine Johnson calculated the trajectory of the Apollo and Mercury missions, Dorothy Vaughan was the first African-American supervisor for NASA, and Mary Jackson became the first African-American engineer for NASA.

The movie shows Johnson as a child, a little girl passionate about numbers, about calculating and counting everything she saw around her. It was a talent she cultivated, and one that made her the first African-American woman to graduate from West Virginia State University. This great mind was also discovered and valued by her professors, and she helped to solve equations that had been thought impossible to solve, equations that later expanded the conquest for space.

Hidden Figures features an excellent cast, and combines well the moments of tension, drama and humor. It is a story that exalts the spirit and highlights the life of these three women who believed in themselves and did not label themselves by any social or racial prejudice that we now see consequences of. It is also a story that shows how their colleagues respected them and learned from them little by little.

The book and now the film bearing the same name draw from the “hiding place” of the talent, discipline, and self-confidence of Katherine, Dorothy and Mary, whose silent work marked a milestone in the history of space exploration.