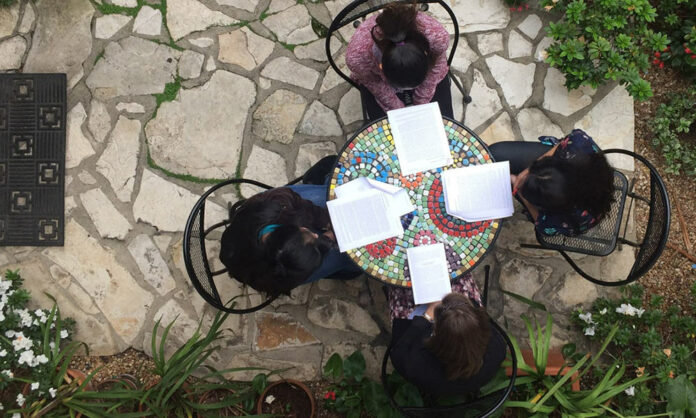 The small signs of chivalry towards woman—opening the car door, giving up the seat on the bus—is part of a “silent recognition” of that greatness. This was said by auxiliary Bishop Jorge H. Rodriguez during his homily at the launching of Endow Hispano that took place January 28 at the Christ the King chapel in Denver.

Around 150 women from different parishes attended the launch event. They came full of enthusiasm to begin a spiritual and intellectual journey that allows them to learn more about themselves, to form communities of faith, and to discover and strengthen their “feminine genius” for the glory of God and the people he loves.

Endow is a women pastoral project inspired by the thoughts of St. John Paul II, which is made up of groups of eight to twelve women from different parishes who study the teachings of women, their role in society and the Church. It was founded in 2003 in Denver, and has since launched in 130 dioceses around the world.

Bishop Rodriguez said that Endow “will help them find all that rich inner wisdom that God gave to women. To bring the world love with passion and joy. ”

After Mass, Sair del Toro, director of Hispanic Endow division, gave a talk through Skype from Los Angeles, Calif., about women’s love that is “free, total, faithful, and fruitful,” and she invited all the participants to live a true feminism.

“It is not about competing with males, to say that I am better than him,” said del Toro. She invited them to contribute from that “feminine genius” to which St. John Paul II referred so much when he emphasized qualities more typical of women such as intuition, motherhood and generosity.

El Pueblo Católico interviewed some of the participants to the Hispanic Endow launch, among them Yerena González.

“Here [U.S] women are very devalued; we need to love ourselves. We need to notice our vision as mothers and co-creators,” González said.

Irania Bustillos, parishioner of Holy Rosary, said that God had called her to go to the event. “I had no plans to come, but Marcela Garcia (Hispanic Endow’s coordinator in Denver) invited me. It is beautiful; it opened my mind, especially about who we are and what our dignity is,” she said.

The 150 participant women were part of the “foundational generation” of Hispanic Endow Denver, and are living what the Second Vatican Council said of them:

“The hour is coming, in fact has come, when the vocation of women is being acknowledged in its fullness, the hour in which women acquire in the world an influence, an effect and a power never hitherto achieved. That is why, at his moment when the human race is undergoing so deep a transformation, women imbued with a spirit of the Gospel can do so much to aid humanity in not falling.”

To learn more about Endow and get involved in a local group, visit endowgroups.org.