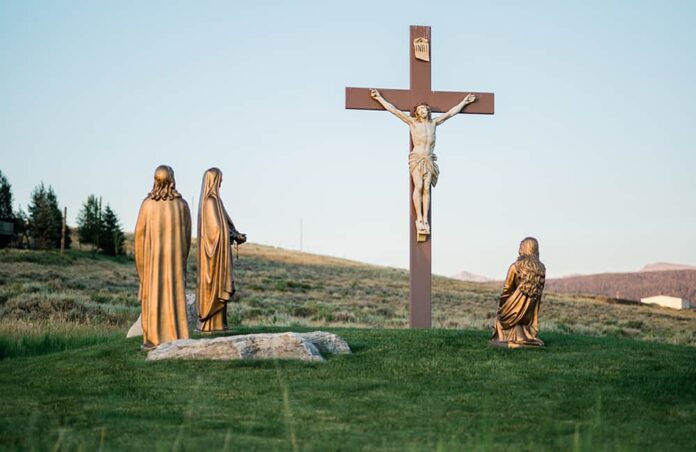 In his new Encyclical, Pope Francis invites us to reflect on our universal fraternity. Its title – Fratelli Tutti – comes from an advice of St. Francis of Assisi: “Let us all, brothers (Fratelli Tutti), consider the Good Shepherd who to save His sheep bore the suffering of the Cross” (Admonitions, 6.1). Transformed by Christ, St. Francis was filled with a love that “transcends the barriers of geography and distance” (n. 1). He felt himself a brother to the sun, the sea and the wind, yet he knew that he was even closer to those of his own flesh (n. 2), especially the most vulnerable.

The Holy Father opens his encyclical recalling a unique episode in the life of St. Francis: his visit to the Sultan in Egypt. Risking his life and ready to become a martyr, he embraced the many hardships of this journey. When he finally encountered the Sultan and proclaimed the Gospel of Christ, he “did not wage a war of words” but spread the love of God (n.4). The interest of the medieval saint was the Sultan’s conversion and baptism. When “among the Saracenes and other nonbelievers,” St. Francis and his disciples were to consider two ways: the first was not to engage in disputes, but to be subject to every creature for God’s sake, and to acknowledge that they themselves are Christians. The second was to proclaim the word of God so that the unbelievers might believe, be baptized and become Christians (Earlier Rule of the Friars Minor, 16; n. 3).

The saint of Assisi treated the muslin with the respect and love of a brother, since he discovered in him a human being, created by God, and loved by God for himself. On the other hand, since the Sultan was not yet baptized, he was not his brother in Christ. Out of his love for him, he preached the Gospel of the love of God with the hope of his conversion and baptism.

In his encyclical, Pope Francis discusses the parable of the Good Samaritan, a stranger who helped another stranger without any consideration of race, nation, religion or color. He stopped, approached the man and cared for him personally. “He also gave him something that in our frenetic world we cling to tightly: he gave him his time” (n. 63). Like the saint of Assisi, the good Samaritan was able to recognize his brother in the stranger and to risk his life and goods for him. Finally, he brought him to the inn, which according to St. John Chrysostom and other Church Fathers, represents the Church. His attention for his neighbor was not completed until he brought him to Christ.

Which is the brotherhood that exists among us? Sometimes we see ourselves as surrounded by wolves. This would seem to be the lesson of the first couple of brothers, Cain and Abel. However, universal fraternity is possible because we all come from the hands of God. Without him we would not be brothers but orphans. A universal fraternity without God is the one we find in the political and revolutionary program of the Enlightenment and of Marxism. In “The Meaning of Christian Brotherhood” (1960), Joseph Ratzinger described these non-Christian versions of fraternity. The French Revolution proclaimed liberty, equality and fraternity, but differentiated radically and bloodily between revolutionaries and non-revolutionaries. A similar deception is manifested today in masonry and its differentiated inner fraternal groups. Marxism likewise makes us “comrades,” but not “brothers,” because there is no common Father, there is no God. There is only the battle between capital and proletariat toward a classless society.

In order to understand the truth of our universal fraternity and the proposal of Pope Francis, I believe we need to consider three important steps. First, our universal fraternity comes from God and the order he established in creation. We cannot be brothers without a father. As Pope Francis puts it, equality is not achieved “by an abstract proclamation that all men and women are equal” (n. 104). “Fraternity necessarily calls for something greater, which in turn enhances freedom and equality” (n. 103). This is not just an idea or an energy, but a real person: God the Father of Jesus Christ. Secondly, because of our sin, such fraternity can only be recovered through the death and resurrection of Christ. Pope Francis declares that “for us the wellspring of human dignity and fraternity is in the Gospel of Jesus Christ” (n. 277). Finally, this universal bond is not yet complete until baptism, when we will be brothers in Christ. “You have but one teacher, and you are all brothers” (Mt 23:8).

With these three pillars in mind, we can anticipate the strategy of the enemies of universal fraternity. According to the diagnosis of the first chapter of Fratelli Tutti, our individualistic and consumeristic society has generated a “throwaway world,” our first and most radical enemy. Here “persons are no longer seen as a paramount value to be cared for and respected, especially when they are poor and disabled, ‘not yet useful’ – like the unborn, or ‘no longer needed’ – like the elderly” (n. 18). This is manifested in the decline of the birthrate and in the relegation of the elderly to a sad and lonely existence. We “disfigure and impoverish the family itself,” (n.19) and are led to “exploit, discard and even kill human beings” (n. 22). It becomes “a perversion that exceeds all limits when it subjugates women and then forces them to abort” (n. 24).

We cannot consider here the many topics discussed in the encyclical: the common good and the role of property (nn. 88-127), the meaning of borders and the relationship between the local and the universal (nn. 128-153), a better kind of politics (nn. 154-197), dialogue and friendship in society (nn. 198-224), the value of forgiveness and memory (nn. 225-270), and the mission of religions at the service of fraternity (nn. 271-287). We can however see that the key to understand all these issues is our universal fraternity. And how could we build a solid fraternity unless upon the foundation of God the Creator? Where could we find the strength to cultivate it but in the love of Jesus, the Good Shepherd? And what would be the goal of this fraternity but to become brothers and sisters in Christ?

Like St. Francis visiting the Sultan and the Good Samaritan, we are not called to remain passive, but to go out and evangelize. The Holy Father closes his encyclical talking about blessed Charles de Foucauld, who wanted to be a “universal brother” to all who drew close to him. The missionary fell in love with the mystery of the Incarnation. His greatest desire became to follow Christ with humility and poverty, and bring many to him: “I would like to be sufficiently good that people would say, ‘If such is the servant, what must the Master be like?’”