Enter the narrow gate to receive the Eucharist 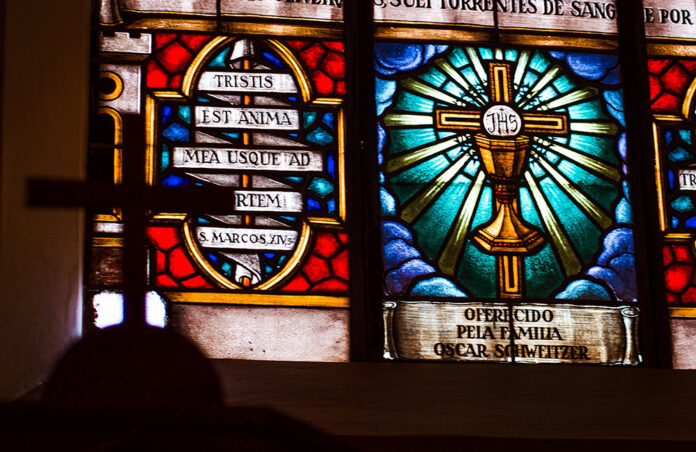 Those of us who have followed the news in the last week or so know that the press has declared that the U.S. Bishops are planning to ban President Biden from Communion, allegedly ignoring the Vatican’s guidance. Of course, that is not true when one looks at the details of what we discussed at our June meeting and what Cardinal Ladaria said in his letter to the bishops.

The bishops were asked by Cardinal Ladaria, who heads the Vatican’s doctrine office, to build consensus about how to respond to Catholics who hold public positions and who insist on receiving Holy Communion after publicly committing grave sins. After hours of discussion, the bishops voted 168 to 55 to draft a document that addresses both this issue and the broader question of what places any person in a state of not being able to receive Communion. The document, which will be drafted and then discussed regionally in the coming months, will strive to make the Church’s teachings on the Eucharist and worthily receiving the Lord more widely known.

Despite the efforts made to clearly communicate that the document is “not meant to be disciplinary in nature, nor is it targeted at any one individual or class of persons,” 60 Catholic lawmakers released a letter one hour after our vote justifying their support for legalized abortion and arguing that the bishops have “weaponized the Eucharist.”

This is deflecting the blame for the situation. Instead of accepting their own responsibility to understand and follow Church teaching, these politicians are the ones who are “weaponizing the Eucharist” by insisting that they remain in good standing despite publicly committing grave sins and continuing to receive Communion. Everyone with common sense understands that their claim of being in communion with the Church is false. One cannot say one believes something, do the complete opposite and then credibly say that they are in communion with a Church that believes what they did is evil.

To add another layer to this, many bishops – including myself – have been privately dialoguing with Catholic politicians on abortion and other issues for years, urging them to refrain from Communion if they won’t change their immoral political positions. Unfortunately, many – but not all – of these public figures have chosen political expediency over the Gospel. They value their political party and their power more than the Gospel of Jesus Christ. They do not serve as a leaven of the Gospel in society, but rather build a culture of death. They cite the importance of following their consciences but fail to explain how their conscience is a properly formed conscience. Instead, they adopt a form of relativism that says, “truth is different for every person.”

As Jesus said to the disciples, the road that leads to eternal life is narrow and those who attempt to take the wide road are headed for destruction. We see this in St. Paul’s first letter to the Corinthians, where he warns that some people had received the Eucharist in a state of grave sin and became sick or died. “Whoever, therefore, eats the bread or drinks the cup of the Lord in an unworthy manner will be guilty of profaning the body and blood of the Lord. Let a man examine himself, and so eat of the bread and drink of the cup. For anyone who eats and drinks without discerning the body eats and drinks judgment upon himself. That is why many of you are weak and ill, and some have died” (1 Cor. 11:27-30).

Drawing on St. Paul, the Church’s teaching for every Catholic about worthily receiving the Body and Blood of Jesus is that one “must be in the state of grace. Anyone aware of having sinned mortally must not receive communion without having received absolution in the sacrament of penance” (Catechism 1415). Yes, we are all sinners, including myself, and we need the medicine of the Eucharist for our hearts to become more conformed to the heart of Jesus Christ and to seek the will of the Father first in our lives.

I have two motivations in speaking out on this subject: first, to protect and faithfully hand on the teachings Christ has given us, and second, to warn those who are endangering their souls by receiving Communion in a state of grave sin, whatever that grave sin is. We do not decide the gravity of sin, God does. Those who decide to disregard this teaching aren’t just hurting themselves, they wound the unity of the Body of Christ and scandalize her members.

The people who I hear from the most about these issues feel betrayed by the Catholic lawmakers and other public figures who claim that they are Catholic but then vote and act against the faith. What do these people have to say to the young children, moms and dads and grandparents who are fighting for the lives of the unborn by praying outside of abortion clinics or caring for young moms in need before and after they’ve had their baby? What do they have to say to the children and young adults who are taught and encouraged by laws to embrace a view of the human person that is a distortion of how God created them to be?

Every Catholic, regardless of their prominence, must choose who they will follow – Jesus Christ and his Church, or the false gods of power, influence and the world’s acclaim. May we all respond to this choice as Jesus did when Satan tempted him, “The Lord, your God, shall you worship and him alone shall you serve” (Mt. 4:10).

Archbishop Samuel J. Aquila
The Most Rev. Samuel J. Aquila is the eighth bishop of Denver and its fifth archbishop. His episcopal motto is, "Do whatever he tells you" (Jn 2:5).
RELATED ARTICLES
Mary Beth Bonacci