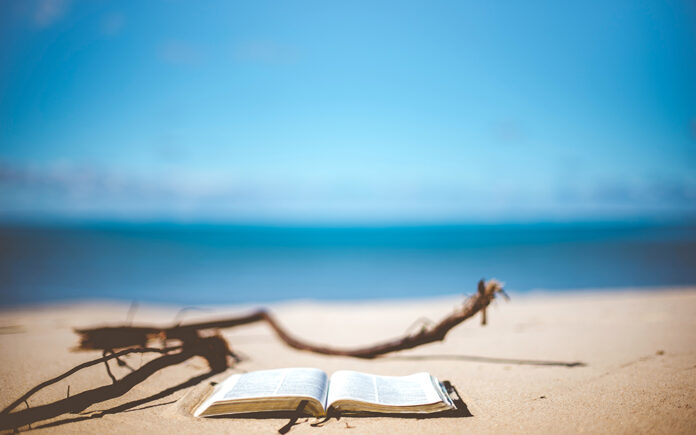 Liberation from lockdowns and quarantines ought not be liberation from serious reading, opportunities for which being one of the few boons of the recent past. Here are some suggestions for summer enrichment.

Archbishop Charles J. Chaput, OFM Cap., may have retired from the tasks of episcopal governance, but he certainly hasn’t abandoned the fields where the battle for decency is being contested. To some bears of little brain, this makes him a “culture-warrior;” to those with more discernment, it makes him a bishop-teacher in the great tradition of churchmen like Charles Borromeo and Francis de Sales. Things Worth Dying For: Thoughts on a Life Worth Living (Henry Holt) is the latest contribution to a serious Catholic consideration of our present moment, its discontents and possibilities, from this model bishop.

Catholic priests have taken a beating in both popular culture and the Church in recent decades. All the more reason, then, to celebrate the life and accomplishment of a priest who spent out his life for the poorest of the Lord’s poor in some of the toughest parts of the Third World. In Priest and Beggar: The Heroic Life of Venerable Aloysius Schwartz (Ignatius Press), Kevin Wells tells the extraordinary story of a Washington native, “Father Al,” who displayed a distinctively American form of sanctity as he walked the Way of the Cross throughout his ministry and in his suffering from Lou Gehrig’s Disease.

How did the Calvert family, founders of the Catholic colony of Maryland, and the Carroll family, who gave America its first bishop and its sole Catholic signer of the Declaration of Independence, navigate the rocks and shoals of anti-Catholic British penal laws and absurdly expansive Roman notions of the papacy’s role in civil affairs? Michael D. Breidenbach sheds new light on that fascinating question in Our Dear-Bought Liberty: Catholics and Religious Toleration in Early America (Harvard University Press), an original, provocative contribution to the study of U.S. Catholic history.

Erika Bachiochi is, like Michael Breidenbach, a former student of mine, of whom my colleagues and I in the Cracow-based Tertio Millennio Seminar on the Free Society are very proud. In The Rights of Women: Reclaiming a Lost Vision (University of Notre Dame Press), legal scholar Bachiochi, a mother of seven, builds an intellectual bridge across the generations of feminist thought from Mary Wollstonecraft to Mary Ann Glendon; offers a bracing critique of various currents in contemporary feminist theory, including the autonomy-driven thought of the late Ruth Bader Ginsburg; and thereby makes an important contribution to thoughtful reflection on contemporary American culture and society.

Yes, I read novels occasionally. One to which I’ve returned several times since it was  assigned for summer reading in 1967 is Paul Horgan’s masterful tale of the settlement of what’s now Arizona, A Distant Trumpet (Nonpareil Books). The author anticipated Larry McMurtry in giving us the Old West without gloss; what Horgan added to the mix in A Distant Trumpet was a keen insight into what it means to grow into manhood and what loyalty to moral principle means — and can cost. Paul Horgan never wore his Catholicism on his literary sleeve, but the Catholic sacramental imagination shaped his fiction nonetheless.

Father Robert Imbelli is an adornment of the American Catholic theological scene. Friends recently honored his 80th birthday with a book, The Center Is Jesus Christ Himself: Essays on Revelation, Salvation, and Evangelization in Honor of Robert P. Imbelli (Catholic University of America Press). The title is an apt summary of Father Imbelli’s theological project, which has always aimed at deepening his students’ and readers’ love for the Lord.

We say it so often that the prayer Jesus gave us risks becoming mere routine. Father John Gavin, SJ, makes the greatest of prayers come alive again with the help of the Fathers of the Church in Mysteries of the Lord’s Prayer: Wisdom from the Early Church (Catholic University of America Press).

The first two volumes of Cardinal George Pell’s Prison Journal (Ignatius Press) have introduced a world audience to the truth about an oft-caricatured man: that he is a Christian hero whose grace under extraordinary pressure was and is rooted in his profound faith. The third volume, due out in October, will complete a remarkable trilogy that, in the ways of Providence, grew out of a grave injustice.

I’m pleased that many people have told me that they’ve found my Not Forgotten: Elegies for, and Reminiscences of, a Diverse Cast of Characters, Most of Them Admirable (Ignatius Press) “encouraging” in these challenging times. I hope you will, too.