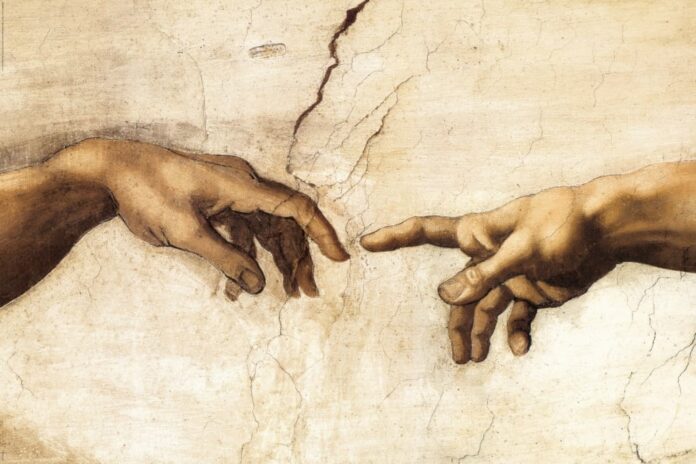 The ongoing wave of disclosures of sexual harassment across our country shows that while policies and laws are helpful, they do not solve the underlying problem. The issue we have to confront is that the American culture fails to recognize the dignity of the human person and to value sexuality as a gift, rather than treating it as a commodity.

History teaches that sexual harassment is hardly new, but the extent and bald belligerence of it are new. Predatory sexual behavior runs the gamut from politicians and Hollywood luminaries, to journalists, artists, and – as the Church has learned the hard way – even clergy. There are many factors that have contributed to this epidemic in our culture.

This coming July will mark the 50th anniversary of Blessed Pope Paul VI’s encyclical on sexuality and contraception, Humanae Vitae. Even though he was being pressured to change the Church’s teaching on contraception, Blessed Paul VI prayerfully and wisely taught that the unitive and procreative aspects of sex cannot be separated without causing significant damage. He predicted that doing so would lower morality, increase marital infidelity, cause men to lose respect for women, and allow governments to use contraceptives in a coercive manner.

Blessed Paul VI’s prophetic insights have unhappily come to pass with the widespread use of contraception. His prediction about a loss of respect for women is quite relevant to the discussion about sexual harassment. He wrote: “a man who grows accustomed to the use of contraceptive methods may forget the reverence due to a woman, and, disregarding her physical and emotional equilibrium, reduce her to being a mere instrument for the satisfaction of his own desires …” (HV, 17).

It is too simplistic to say that the increase in sexual harassment can entirely be linked to the widespread usage of contraception, but the role it has played in turning sex into a commodity and in objectifying women is undeniable.

The sociologist Mark Regnerus analyzed the situation in his new book, Cheap Sex: The Transformation of Men, Marriage and Monogamy. He states, “Sex is cheap. Coupled sexual activity has become more widely available than ever. Cheap sex has been made possible by two technologies that have little to do with each other – the Pill and high-quality pornography – and its distribution is made more efficient by a third technological innovation, online dating. Together, they drive down the cost of real sex, and in turn slow the development of love, make fidelity more challenging, sexual malleability more common, and have even taken a toll on men’s marriageability.”

Whenever a man or a woman engages in sexual harassment, they fail to see the inherent dignity of the other person and the true meaning of human sexuality as a gift from God. Their focus is on themselves and their self-satisfaction, which often leads to using the other person to fulfill their desires. When this mindset takes hold, people change partners like changing clothes, and fidelity, lifelong commitment, and waiting for sexual intimacy until marriage are perceived as foolish. This is what happens when God and his plan for creation are abandoned and we decide for ourselves what is good and evil.

From Sacred Scripture and the teaching of the Church, we know that loving relationships, especially marriage, are meant to be more than a means of personal fulfillment that lasts only as long as it pleases both parties. Love is not just another commodity that can be used and thrown away, to borrow a theme from Pope Francis.

The solution to the tragic objectification and use of people is not introducing more laws and policies but helping change hearts, so that our desires can follow God’s plan for our sexuality. As Catholics, we have been blessed with the rich teachings of Blessed Paul VI and Saint John Paul II’s Theology of the Body. We can learn from Jesus in the Gospels who treated women with dignity and respect, whether it was the woman caught in adultery, the Samaritan Woman, or Martha and Mary.

God made us in his image and likeness, giving every human being inherent dignity. He designed our hearts and relationships to reflect the inner love of the Trinity, so that they are a communion of unselfish giving, for the good of the other, and with an openness to the life that might come from our love.

Combatting the scourge of sexual harassment begins with recovering a sense of the sacred dignity of every person. It requires conversion and the grace of Jesus Christ through the sacraments. Simple prayers can be made, “Jesus grant me the grace to love and respect persons like you loved and respected them.” Or “Father grant to me the grace to see human sexuality as you created it to be.” Or “Jesus free me from ever objectifying another human being and help me treat them with your respect.”

Finally, I encourage anyone struggling with the sexual temptations and distortions that are commonplace today to seek out Confession, no matter how many times you may fall, as the Father’s mercy is there for you. You may also find support through places like www.foryourmarriage.org and www.reclaimsexualhealth.com. May each of us in this Advent Season encounter Jesus in a deeper way and receive him more intimately in our hearts.

Archbishop Samuel J. Aquila
The Most Rev. Samuel J. Aquila is the eighth bishop of Denver and its fifth archbishop. His episcopal motto is, "Do whatever he tells you" (Jn 2:5).
RELATED ARTICLES
Archbishop Aquila