In the 1930s, during Stalin’s rage against all things religious, St. Louis Catholic Church in Moscow was the only Catholic Church still open in all the USSR.  As detailed in the marvelous book, In Lubianka’s Shadow, Catholics from all over the USSR would travel hundreds, sometimes thousands of miles, to receive the sacraments.

St. Louis Church was located on a side street, just across from the infamous Lubianka KGB Prison. The KGB kept careful track of everyone who entered the gates of the church. Most were arrested when they returned home.

These Catholics knew they would likely be imprisoned after visiting St. Louis Church. So why did they take the risk?  Here’s the simple answer:  Because they longed to encounter Jesus in the sacraments, most especially in the Sacrament of the Eucharist.

What a contrast between these Catholics and so many in our day! Vast numbers of contemporary Catholics, free from any threat of persecution, never attend Mass.  And so many who do attend, do so unenthusiastically. What could have gone so wrong?

One catechist observed: “People don’t go to Mass, because they don’t believe in the Real Presence. If more believed that Jesus really is present in the Eucharist, our churches would be full!” This catechist’s observation reflects troubling data gathered recently by the Pew Research Center. Here are two of the PRC’s most sobering discoveries:

“Nearly seven-in-ten Catholics (69%) say they personally believe that during Catholic Mass, the bread and wine used in Communion ‘are symbols of the body and blood of Jesus Christ.’”

“Just one-third of U.S. Catholics (31%) say they believe that ‘during Catholic Mass, the bread and wine actually become the body and blood of Jesus.’”

These findings explain a number of things: Why so few Catholics attend Mass, why so few Catholics failed to protest the closing of our churches during COVID and why so many have not returned to Mass when COVID restrictions were lifted.

So what do we do now? According to our bishops, we desperately need a Eucharistic Revival.  Here’s a summary of what they envision:

The bishops are entrusting the Church to the Holy Spirit, believing that over the course of the next three years, he will enkindle a dramatic new devotion to the Real Presence of Jesus in the Holy Eucharist.  The bishops have created a marvelous website — eucharisticrevival.org — where the faithful can learn more about the Revival, discover catechetical materials, learn how to promote the Revival in their communities and register for the National Eucharistic Congress, taking place July 17-21, 2024, in Indianapolis, Ind. Our bishops have also called and funded 50 Eucharistic Revival Preachers, who will be crisscrossing the country to preach, teach and promote the Revival. 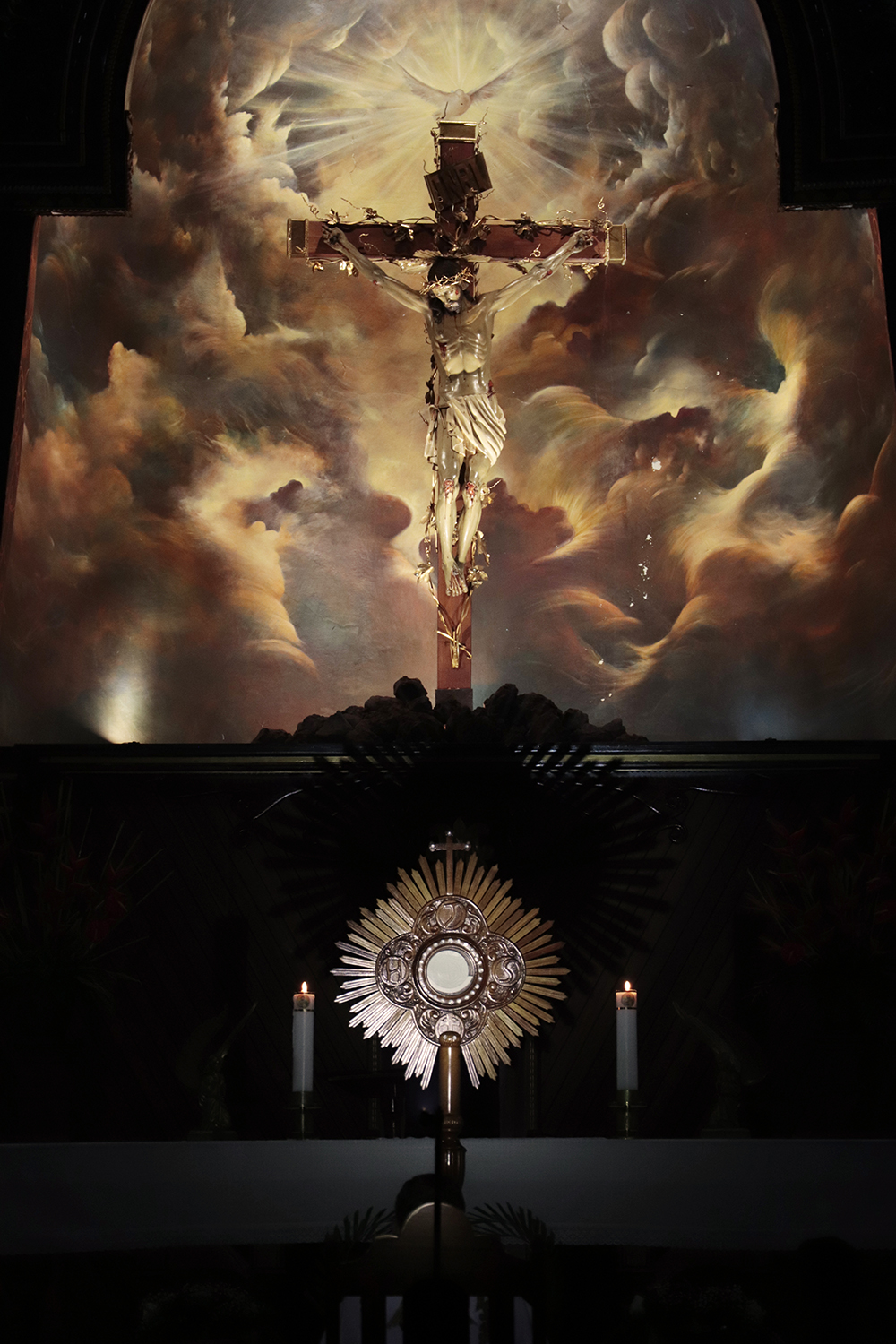 Clearly, with so many Catholics failing to understand Jesus’ Real Presence in the Eucharist, the Revival must involve a renewal of catechesis and catechetical preaching. A few words about the biblical foundation of that renewal:

In Paul’s detailed correction of Corinthian misunderstandings of the Eucharist, we find these words:

“I received from the Lord what I also delivered to you, that the Lord Jesus on the night when he was betrayed took bread, and when he had given thanks, he broke it, and said, ‘This is my body which is for you. Do this in remembrance of me.’ In the same way also the cup, after supper, saying, ‘This cup is the new covenant in my blood. Do this, as often as you drink it, in remembrance of me.’ For as often as you eat this bread and drink the cup, you proclaim the Lord’s death until he comes” (1 Cor 11:23-26).

Note these words from both Jesus and Paul: “This is my body!” and in Paul, “This cup is the new covenant in my blood.”  These declarations are entirely consistent with Jesus’ teaching in John 6:

“I am the living bread which came down from heaven; if anyone eats of this bread, he will live forever; and the bread which I shall give for the life of the world is my flesh” (Jn 6:51).

“For my flesh is food indeed, and my blood is drink indeed. He who eats my flesh and drinks my blood abides in me, and I in him” (Jn 6:56).

Returning to Paul’s letter to the Corinthians, we find these fearsome words:

“Whoever, therefore, eats the bread or drinks the cup of the Lord in an unworthy manner will be guilty of profaning the body and blood of the Lord.  Let a man examine himself, and so eat of the bread and drink of the cup.  For anyone who eats and drinks without discerning the body eats and drinks judgment upon himself. That is why many of you are weak and ill, and some have died. But if we judged ourselves truly, we should not be judged” (1 Cor 11:27-31).

This admonition should make us tremble as we ponder Paul’s two criteria for proper reception of the Eucharist: We must receive “worthily” — that is, free from unconfessed sin, especially mortal sin, and we must “discern the body” — that is, we must believe that we are truly receiving the body and blood of Jesus Christ.

May each of us embrace the worthy reception of Jesus’ body and blood! May God give each of us the grace to respond energetically to our bishops’ call for a Eucharistic Revival! Soli Deo gloria!