“Jesus, I not only want to be a Saint, but I want to be a great Saint that leads others to You all for Your greater glory and honor, of course!!”

Michelle Duppong wrote these words in a letter to Jesus, two months before her death in 2015.

Her desire to become a saint could be coming true. In June, Bishop David Kagan of Diocese of Bismarck, N.D. announced that he was opening her cause for canonization, and on Nov. 1, he celebrated the opening Mass at the Cathedral of the Holy Spirit in which Duppong was recognized as a Servant of God, a title which the Church bestows upon someone who lived a life of heroic virtue and is designated as the first proper step toward sainthood.

Duppong served with the Fellowship of Catholic University Students (FOCUS) for six years at various college campuses. She later served in the Diocese of Bismarck, N.D., as the director of adult faith formation. She was diagnosed with cancer in 2014 and died one year later on Christmas Day in 2015, at the age of 31.

On hearing about the inquiry into her life, Duppong’s friend Mark Bartek said, “I’m not surprised. Something Michelle and I always talked about was to be saints.” Bartek was Duppong’s team director while she served with FOCUS.

Duppong was born in Colorado in 1984, and her family moved to North Dakota when she was one year old. Duppong was baptized at St. Joan of Arc Parish in Arvada. She returned to Colorado several times during her work with FOCUS to retreats at Camp St. Malo and Mother Cabrini Shrine, Bartek said.

Upon hearing the news of Duppong’s canonization inverstigation, another FOCUS teammate of Duppong’s, Elizabeth Santo, reacted with “so much joy,” she said. “She had already been interceding for me.”

A Calling for All

So what was unique about Duppong? How did her friends already perceive her sanctity?

“She is extraordinarily ordinary,” Bartek said. “She wasn’t a leader of organizations, she didn’t cross oceans. [Yet] she lived her life in a way that was transformational. I don’t have to do something spectacular or notable to do great things.”

“If Michelle can be a saint and it’s possible, then there’s no reason why I can’t become a saint,” Santo said.

Duppong understood that sanctity is not for the few, the elite or the cloistered.

She wrote in a column for the Bismarck Diocese, “You were made to be a saint. Do you believe that? Do you think you can do it?” She continues, “sometimes I think we can get caught up in thinking that holiness is imitating everything the saints did, and we forget that God is calling each of us to follow Him and carry out the mission He gives us in a unique way.”

This was written in March 2015 after her diagnosis with cancer.

“It really is wild to have someone you’ve laughed with and lived with and did goofy things with [become a saint],” Santo said. “It takes away all the barriers.”

Duppong’s faith and desire for holiness came to a climax in her suffering.

“She was striving for holiness, and the Lord gave her the suffering at the end,” Santo said.

Santo remembers Duppong having health issues while they served together, and their college chaplain saying privately to Santo that he thought Duppong was beginning to suffer for the conversion of the campus, she said.

“She just understood in order for God to transform souls required intentionality, suffering,” Bartek said. He remembers her teaching the college girls she was discipling to make little sacrifices for souls, he said.

“It was always about souls to her,” Bartek said. “She was willing to do whatever it took to bring souls to God.”

“She had a supreme confidence in the Lord,” Bartek added. “No matter what happened she never seemed to grow discouraged.”

A “life of Christlike goodness”

“Michelle definitely didn’t mind being a fool for Christ,” said Andrea Huelsing, a former FOCUS teammate of Duppong’s. “She was always ready to make up a song and dance or be up in front of people just to help bring the Gospel to others.”

“It was easy for anyone to be fast friends with Michelle,” Huelsing said. “She was the type of person who never met a stranger.”

“In many ways [she] taught me how to slow down, or was at least trying to teach me,” Santo said with a laugh.

“She wasn’t looking to do something recognizable or great,” Santo said. “She followed the path that the Lord kept opening up for her.”

The Bismark Diocese’s investigation will look into Duppong’s life with the next step being presenting their findings to the Congregation for the Causes of Saints at the Vatican.

“Michelle has not yet been declared a saint, and she would even shrink from even me saying this in public,” said Kagan during his announcement. “But her life is a life of Christlike goodness, compassion and the firmest faith I have ever encountered in any person.”

He made the announcement in June during the new staff training for FOCUS missionaries at the University of Mary in North Dakota.

He encouraged the FOCUS missionaries and those present at the announcement to ask for her intercession and said, “you will not be disappointed.”

The video of Kagan’s announcement and more information on Duppong’s life can be found at focus.org/michelleduppong. 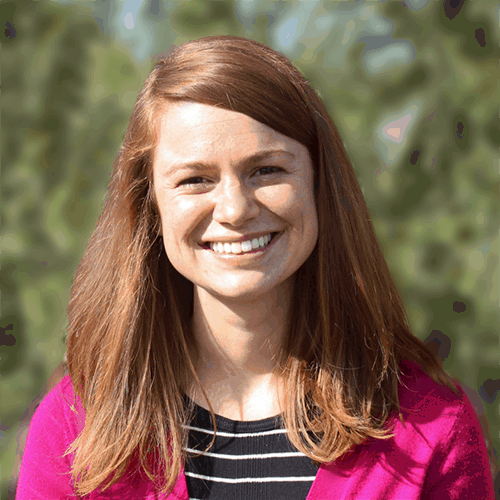