Why does the Church have boundaries on cremation? 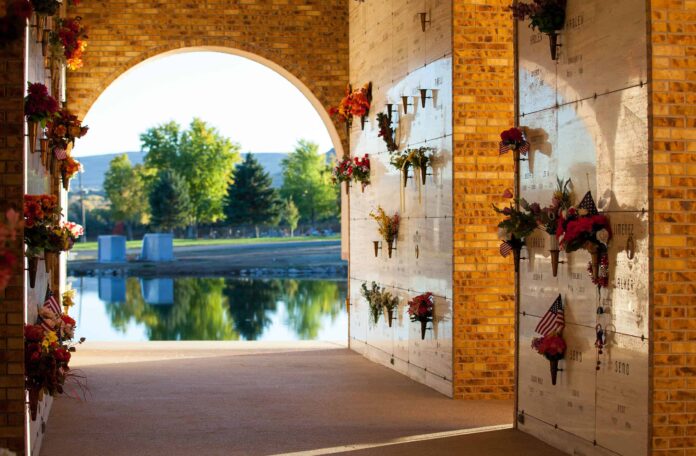 Last October, the Vatican released an instruction on cremation stating that, while the Church does allow it, the body must still be buried in a cemetery or other sacred space, and that ashes should not be kept in private houses or scattered on land or sea.

“Nevertheless,” the instruction adds, “cremation is not prohibited, ‘unless it was chosen for reasons contrary to Christian doctrine.’”

At first glance, this may seem not that important – why does the Church care so much about burial and cremation? But it’s much more than just a rule. It’s a sign of respect for a much deeper, sacred belief. Additionally, the burial of the dead is a corporal work of mercy, praised in the Holy Scripture, and a Christian duty of charity toward our parents.

“Your body is sacred. Your body is made in the image and likeness of God, and having a sacred space to, in a special way, remember our loved ones is important,” said Gary Schaaf, executive director of Mortuary and Cemeteries of the Archdiocese of Denver.

It’s this belief in the dignity of the human person, including the body, and the doctrine of the resurrection that informs the Church’s care for cremated remains. The dignity of the person and their body is so important that Catholic cemeteries are specifically blessed and set aside for this honor.

“People need a place to mourn,” said John Miller, director of liturgy at the Archdiocese of Denver. “Especially a Catholic cemetery, since they’re blessed and consecrated. What better place to go for consolation than a place specifically set aside for it?”

Despite the Church’s preference for bodies to be buried, cremation is an increasingly popular option for burying of the deceased, especially because it’s the cheaper option.

“A big [reason for cremation] is economics…on a fixed income, it’s a hard decision,” Schaaf said.

“The Church doesn’t prohibit it,” Miller said. “But the preference is that the body is present for the liturgy and then cremated after. But that’s not always possible.”

The liturgy does change, somewhat, depending on what kind of remains are present, or if there are no remains present. Most priests will allow a funeral liturgy with cremated remains, but they do have the right to say no, Miller said.

“If remains are not present, there is no incense or sprinkling of holy water,” Miller said. Additionally, the pall, which is ordinarily placed on the casket as a reminder of the baptismal garment, cannot be placed without a body present.

Still, with the Church’s boundaries to ensure the respect of the deceased person’s remains, Schaaf said that, “As Catholics, we try to invite [everyone].”

“We are an extension of the Catholic Church,” Schaaf said. “This is a place where we pray and we recognize the ultimate truth of the resurrection story; it’s not the end of the story, and we believe that. We pray for the faithful departed and for their loved ones, we seek their intercession…it’s so integral to our Catholic faith.”

To help families who mourn the loss of a loved one, Schaaf said that the archdiocese cemeteries will provide a comfort cross or a comfort stone from Jerusalem. The cross in particular is helpful in leaving the loved ones with something tangible to remember their departed member by, as one half of the cross will be given to the family and the other will be left in the urn or casket.

“With families, we try to… help fill that void of loss with faith. Without faith, it’s just a grievous loss,”
Schaaf said.

While the Church can’t control what people do with remains, they can encourage them to make decisions based on the dignity of the body and the hope of resurrection.

“[The question becomes] Pastorally, how do we encourage people to make better decisions, and take back the concept of the body being sacred.… It’s important to keep it in a sacred spot,” Schaaf said.

The reservation of the ashes of the departed in a sacred place ensures that they are not excluded from the prayers and remembrance of their family or the Christian community. It prevents the faithful departed from being forgotten.

For more information on the cemeteries in the archdiocese, as well as burial options, visit cfcscolorado.org.