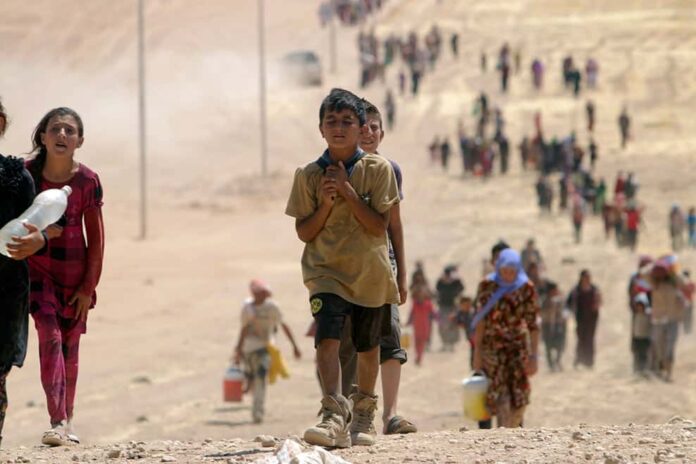 We live in a time of heroic witnesses who are giving their lives or suffering for the faith, but few people know it. As Pope Francis recently said, “the martyrs of today are more numerous than those of the first century.” Rather than discourage us, their witness should strengthen and challenge us.

I recently learned that the 2016 report from Open Doors showed that the persecution of Christians not only increased in places like Syria or Iraq, but that it is also on the rise in places like Mexico, India and China. In fact, the report found that worldwide 215 million Christians experienced some form of persecution last year, making Christianity the most persecuted faith. The Vatican-based news agency Fides also reported that 28 Catholic pastoral workers were killed in 2016.

That so many Christians are suffering provokes several thoughts. The first is the famous quote from Tertullian, who said, “The blood of the martyrs is the seed of the Church.” Certainly we see this with Christ’s death and resurrection, which made our salvation possible. We also see it in more modern examples like St. Maximilian Kolbe or Bl. Miguel Pro, whose examples have inspired countless people to deeper faith.

The strength of faith and love for Jesus that every martyr shows is truly a gift. Who could not be moved to hear how the Egyptian martyrs cried out, “Jesus” as they were beheaded by ISIS? But why would God allow this to happen to his most loyal followers? We find the answer in the Gospel.

Jesus tells us that people hated him because he exposed their deeds as evil. The world, he said, will hate his followers for the same reason. In the Gospel of John we read, “And this is the verdict, that the light came into the world, but people preferred darkness to light, because their works were evil. For everyone who does wicked things hates the light and does not come toward the light, so that his works might not be exposed” (Jn. 3:19-20).

Today many prefer the darkness of sin to the truth of the Gospel, the truth that will set them free, Jesus Christ. Even many Christians want to have one foot in the Gospel and one foot in the world by condoning evil with a false understanding of mercy, compassion, and love. Nowhere in the Gospel do you find Jesus condoning sin in the name of mercy. True mercy always transforms the human heart, as it exposes it to the unconditional love of Jesus Christ so that the sinner may weep for his sins and know the freedom and new life that comes from being forgiven. The persecuted Church reminds us that Jesus’ mercy prevails in darkness, but it doesn’t pretend that darkness is light.

Jesus further teaches, “If the world hates you, realize that it hated me first. If you belonged to the world, the world would love its own; but because you do not belong to the world, and I have chosen you out of the world, the world hates you. … If they persecuted me, they will also persecute you. … And they will do all these things to you on account of my name, because they do not know the one who sent me. If I had not come and spoken to them, they would have no sin; but as it is they have no excuse for their sin. Whoever hates me also hates my Father” (Jn. 15:18-23).

Yes, these are strong words of Jesus, and they are words that cannot be ignored in the times in which we live. We can never water down the Gospel or think the Gospel is soft.

In his first month as pope, Benedict XVI offered advice to a group of German youth that we should take to heart. He said, “The ways of the Lord are not easy, but we were not created for an easy life, but for great things, for goodness.” Just as the Father sustained Jesus in the darkness of the Cross, so too, does he sustain us today in the darkness in which we live.

With God’s grace, the Holy Spirit living in us, each of us can stand in solidarity with our persecuted brothers and sisters by being a light for those around us. To be a light means speaking about the truth and freedom that we have discovered in Christ. It also means naming the evil that we encounter and loving those ensnared by it, “accompanying” them in the words of Pope Francis to lead them to the encounter with Jesus Christ, who is the only one who can set them free and bring light to their darkness.

In a January 2016 video from the EUK Mamie Foundation called “Wake Up,” Archbishop Amel Shamon Nona, then-Eparch of Mosul, Iraq offered this advice to believers throughout the world, “you can help us by building a more active and courageous Christian society, which is active, brave. You have to evangelize your society again with courage, without any fear of saying, ‘we’re Christians.’” To build a Christian society is possible only if we live our faith in the world and name evil and sin for what it is. It means putting Jesus first, before the ways of the world. This must always be done with charity, and we must know Jesus deeply and have first encountered him ourselves.

Besides bringing God’s light to our society, believers should also express their solidarity with the persecuted by giving voice to their suffering. Justice demands that we support them with our prayers, resources, and by calling upon our government and the world to protect the common right to religious liberty.

The witness of the thousands of martyrs who died in 2016 challenges each of us to a deeper faith that is able to respond to the darkness with God’s love. May the Holy Spirit stir into flame his gifts in our hearts and souls so that we may proclaim with boldness the joy of the Gospel!