Catholic moral wisdom in the time of COVID-19 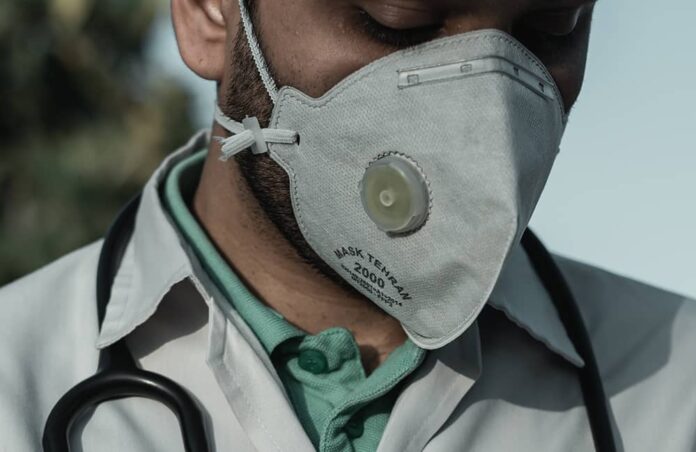 Joshua Evans, Ph.D, is an Assistant Professor of Health Care Ethics at Regis University in Denver.

In the recent weeks we have seen a beautiful flowering of support for the caregivers in our health care institutions.  They are suffering, walking with Jesus on the way to Calvary every day at the bedside.  They stand in a long line of saintly examples like Fr. Pedro Arrupe, SJ.  He was in Hiroshima when the atomic bomb was dropped in 1945.  He miraculously survived.  As a priest with medical training, he spent countless hours attending to the sick and comforting and blessing the dying.  Through courage and the grace of God he was able to be a witness to Christ’s love even in the midst of immense tragedy.

Saintly examples are crucial at this moment.  So, too, is the moral teaching of the Church. A number of ethical issues have arisen in the recent weeks. I am a Catholic theologian and ethicist, and below I offer some thoughts on how Catholic thinking can help us maintain our moral bearings in this crisis.

The most prominent ethical question has been this: how should we allocate scarce resources such as ventilators and Intensive Care Unit (ICU) beds?  Too many states and countries were tragically unprepared for the onslaught of patients in such a short amount of time, and we exacerbated the issue when too many people refused to take the crisis seriously.

When it comes to scarce resources, we should turn to the concept of distributive justice.  As St. Thomas Aquinas teaches, this form of justice “distributes common goods proportionately.”  In the case of limited health care resources, “proportionately” means according to how the “goods” – ventilators, organs for transplant, etc. – relate to the persons who need them. Those who stand to benefit the most from the good in question take the highest priority. This is not a question of one life being more valuable than another.  Rather, it is about responsibly using our resources.  Determining need and benefit is complex, and the teams who would make these decisions bear quite an unenviable burden.  Yet there is no way around the problem. Imprudent use of scarce resources would itself be a moral failure.

Some outside of Colorado have advocated policies that seem to categorically exclude patients from treatment based fundamentally on age or the perceived value of a patient’s life. This is both simplistic and morally bankrupt.  Age in the health care setting is primarily relevant when it stands in as an imperfect shorthand for health. Furthermore, every patient’s life has immense value.  The federal government recently reminded the states that there shall be no unjust discrimination even in a crisis situation. Catholics should applaud this, because unjust discrimination in any situation displeases God and conflicts with the natural moral law that points us to happiness.

Colorado’s guidance document, on the other hand, seems to avoid this pernicious discrimination.  Called the “Crisis Standards of Care,” it will only be implemented in what it terms “an extreme situation.”  Learning from some of the errors of other states and countries, it explicitly prohibits unjust discrimination.  The guidance does not categorically exclude anyone from treatment based on age or disability.  It does, however, use age as one of a number of factors in a complex scoring system used to predict the likely benefit of aggressive treatment, such as a ventilator, for patients who have complicating health factors (“comorbidities”).  It also uses age – under the heading of “Life Years Saved” – as a potential factor in “tie-breaker” situations.

People will disagree about whether the uses of age in the Colorado guidance are morally appropriate. Most importantly, we should remember that moral principles are not suspended in a crisis situation. Difficult ethical moments are when we need moral wisdom the most.  God-willing – and with fervent prayers – we will not see anything near this “extreme situation” in Colorado.

There is a related moral issue in this crisis that would benefit from Catholic wisdom.  The media has cruelly and needlessly framed triage decision-making as  “choosing who lives and who dies.”  These decisions are traumatic enough for our caregivers, and we should not compound the suffering by falsely suggesting that anyone is making choices in favor of death.

Two important concepts from the Catholic tradition can help us avoid this misleading way of framing these difficult decisions. First, the Catholic tradition demands that we be accurate and precise when specifying moral actions.  Generalizations and euphemisms are never sufficient when using our consciences.  In allocating scarce resources, no one is “choosing who lives and who dies.”  They are, rather, choosing how to best use the limited resources available to them.  Death is never a goal or choice of good health care, even in a crisis.

Second, the Catholic tradition has given us the essential concept of double effect. This concept relies on the crucial distinction between two kinds of effects of our actions: on the one hand, foreseen-but-unintended effects, and, on the other hand, effects for which we are responsible.  We often do good things that bring with them unavoidable negative side-effects.  This is morally acceptable and even praiseworthy as long as the act itself is not always wrong, we do not desire the negative effect, the negative effect is not essential to achieving the good effect, and the good effect outweighs the negative effect.  The concept of double effect can help us be sure that, when done appropriately, the allocation of scarce resources such as ventilators can be done in a morally upright way, even when we foresee that some patients will not survive.

Finally, this crisis should prompt us to ask bigger questions about the moral foundations of our society.  Our world has been dramatically confronted with questions of human dignity, which sadly become most poignant only in the face of tragedy.  We are also confronted with questions of justice and the common good.  While we believe that human beings are fundamentally good, we know all too well that we are fallen and that rationality goes astray much too easily. Sadly, our moral debates tend to highlight just how fallen we are from God’s hopes for humanity.

We would do well to revisit Saint Pope John Paul II’s encyclical Evangelium Vitae.  In that encyclical – and in its earlier companion, Veritatis Splendor – the great pope reminds us of the richness, beauty, and necessity of Catholic morality.  The Catholic tradition has a robust and comprehensive moral vision that helps us ground our moral claims in reason enlightened by faith.  Anyone who says we should keep our Catholic principles out of health care – or out of society altogether – is naive about the inherent limitations of a secularized and godless morality. For too long we have attempted to build a society with a fragile moral edifice.  This crisis might allow us to see more clearly that religious buttresses have long been holding up that otherwise perilous secular structure.  Now is the time to deepen our moral foundations.