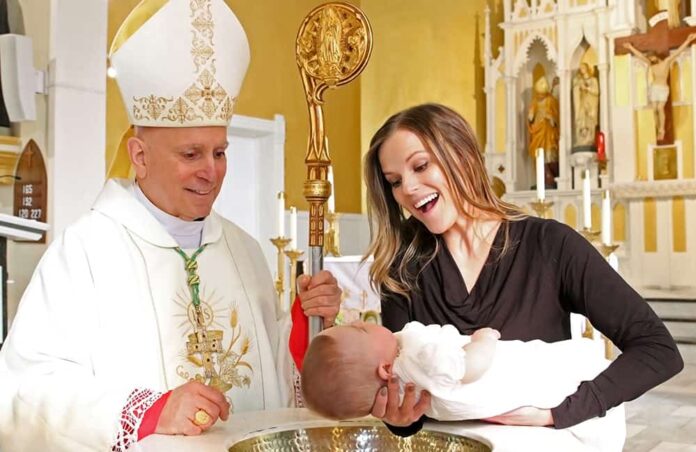 It’s a question you probably ask yourself every year: How far does the money you give to the Archbishop’s Catholic Appeal really go?

The answer is simple: Really far, and, this year especially, it truly will make all the difference in the world.

The annual Archbishop’s Catholic Appeal (ACA) officially launches the weekend of April 25. The ACA benefits nearly 40 ministries within the Archdiocese of Denver, each of which play a crucial part in the operation of the Catholic Church in northern Colorado as a whole. Last year’s appeal raised more than $10 million in donations, which were invested directly into those ministries.

“The annual Archbishop’s Catholic Appeal takes on new meaning this year as our ministries are experiencing unprecedented demand due to COVID-19 while our funding has declined sharply during the shutdown,” Archbishop Samuel J. Aquila wrote in a letter to the archdiocese. “We need your support. The Appeal funds nearly 40 ministries, making it one of the most effective ways you can have an immediate impact on our faith community.  Your gift educates our children, forms future priests, helps those in need, and sustains our parish communities in this crisis.”

This year, to help alleviate financial hardships parishes are facing due to the pandemic, the first $1 million raised for the ACA will go towards an Emergency Parish Relief Fund. This money will help parishes continue to operate and carry out their ministries, which remain as vital as ever. Parishes are proving their creativity and fervor for sharing the Gospel even amid these difficult times, and they’re staying very busy.

Monsignor Bernie Schmitz, a retired priest who served as the Vicar for Clergy for the Archdiocese of Denver for several years, was acting as a liaison between parishes and the ACA campaign before the pandemic. Through this, he’s observed firsthand the ways parishes continue to serve their communities, and as a former pastor himself, he understands the harsh reality that parishes are facing right now and why they need all the support they can get.

“[The priests’] natural inclination is to go and help people,” Msgr. Schmitz said. “They’re trying to find ways to help the best they can. The priests are being priests.

As Father Randy Dollins, Vicar General for the archdiocese, puts it, the ACA does fund some of the less glamorous parts of Church administration, but in doing so, it supports all ministries and allows them to focus on doing what they were created to do: namely, ministering to people and leading them to Christ.

Each parish has an ACA fundraising goal based on the total annual offertory for the parish. However, funds raised from the ACA have the potential to benefit parishes, too. A two-tier parish rebate program was implemented several years ago as an incentive for parishes to encourage parishioners to give to the ACA.

If a parish exceeds their goal for the ACA, 50 percent of every dollar raised after that goes back to the parish. For the parishes that have a harder time meeting their goal, they also have the opportunity for a rebate if they beat the amount of money raised for the ACA the previous year. If they do that, they get 25 percent of every dollar raised after that number.

Traditionally, the ACA campaign runs for five months, but online giving makes it both convenient and easy to set up monthly recurring gifts. Father Dollins encourages people to switch to giving year-round instead of the traditional five months.

Catholics are asked to give a lot throughout the course of any given year, and it’s easy to see the ACA as just another ask that bears no significance. However, for the faithful in the Archdiocese of Denver, it’s important to see the needs of the larger Church and how far that dollar actually goes.

Visit archden.org/donate to make your gift today.
Thank you for your generosity!