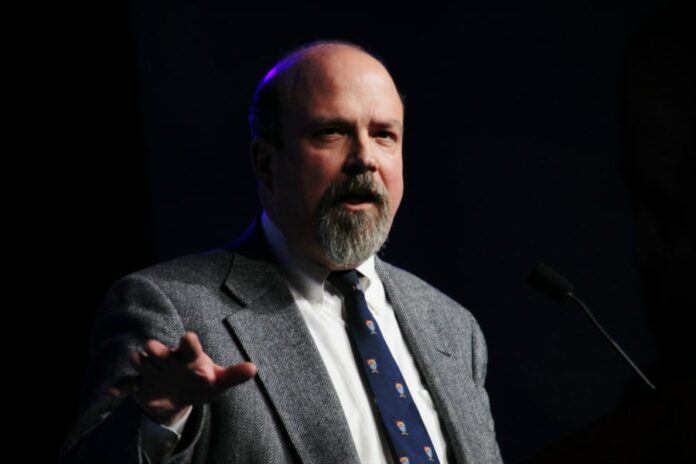 Dr. John Bruchalski speaks all over the country on his conversion from abortionist to founder of a large pro-life medical clinic in northern Virginia, but when he comes to Denver this month for the Gospel of Life Conference, he’s going to address the issue that’s on everyone’s mind—the Planned Parenthood videos.

According to Lynn Grandon, program director for the Offi ce of Respect Life & Human Dignity of the Archdiocese of Denver, Bruchalski asked her if he could scrap the original plan for his talk after he saw the series of exposé videos on Planned Parenthood’s inhumane practice of harvesting and allegedly selling aborted baby organs.

Grandon said that Bruchlaski will “explain the videos from a medical point of view, as well as from the point of view of someone who worked in that industry.”

According to an interview with Catholic News Agency in 2012, Bruchalski grew up in a Catholic home, but lost his faith in college. His ambition in life was to be a doctor that helped women be “happier” and “healthier”, so he specialized in abortion and contraception.

The act of performing abortions, ironically, turned him pro-life.

“As you do the procedure, you begin to kill another human being up close,” he told CNA, describing the experience of watching “the life drain from them” from just inches away.

He added that performing abortions “hardens your heart every time.”

After a series of life-changing events that led him away from the abortion industry forever, Bruchalski founded the Tepeyac Family Center in Fairfax, Virginia in 1994, with the mission of establishing an obstetrical and gynecological facility that combines the best of modern medicine with the healing presence of Jesus Christ.

The Gospel of Life conference, titled “Exposing the Exposé Videos: Insights From a Former Abortionist,” is organized by Catholic Charities, the Archdiocese of Denver and the Catholic Medical Association. It will be held Oct. 24 at Risen Christ Church, 3060 S. Monaco Parkway.

The day begins at 8:30 a.m. with the White Mass to honor doctors, nurses and other health-care professionals, celebrated by Archbishop Samuel J. Aquila of Denver.

In addition to the keynote address, Abby Sinnett, the associate director of Bella Natural Women’s Care, will give an update on the fi rst pro-life women’s clinic in Denver, and Deacon Dr. Alan Rastrelli of Divine Mercy Supportive Care will speak on end-of-life issues.

Tickets for the Gospel of Life Conference are $40, which includes meals, or $45 at the door. Medical professionals are invited to wear white lab coats to the White Mass.