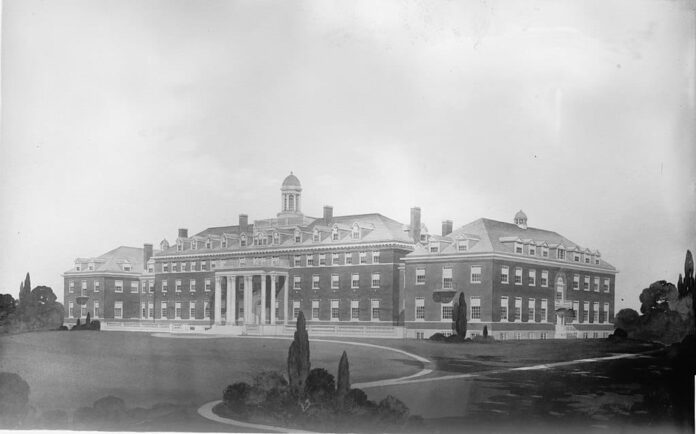 Last November 11, on the centenary of its relocation to a 93-acre campus in suburban Washington, D.C., Georgetown Preparatory School announced a $60 million capital campaign. In his message for the opening of the campaign, Georgetown Prep’s president, Father James Van Dyke, SJ, said that, in addition to improving the school’s residential facilities, the campaign intended to boost Prep’s endowment to meet increasing demands for financial aid. Like other high-end Catholic secondary schools, Georgetown Prep is rightly concerned about pricing itself out of reach of most families. So Prep’s determination to make itself more affordable through an enhanced endowment capable of funding scholarships and other forms of financial aid for less-than-wealthy students is all to the good.

What I find disturbing about the campaign is its “branding” slogan. I first became aware of it when, driving past the campus a few months ago, I noticed a billboard at the corner of Rockville Pike and Tuckerman Lane. In large, bold letters, it proclaimed, “FOR THE GREATER GLORY.” And I wondered, “…of what?” Then one day, when traffic allowed, I slowed down and espied the much smaller inscription in the bottom right corner: “Georgetown Prep’s Legacy Campaign.”

Ad maiorem Dei gloriam [For the greater glory of God], often reduced to the abbreviation, AMDG, was the Latin motto of St. Ignatius Loyola, founder of the Society of Jesus. Georgetown Prep is a Jesuit school. So what happened to the D-word? What happened to God? Why did AMDG become AM[D]G while being translated into fundraising English?

I made inquiries of Jesuit friends and learned that amputating the “D” in AMDG is not unique to Georgetown Prep; it’s a tactic used by other Jesuit institutions engaged in the heavy-lift fundraising of capital campaigns. That was not good news. Nor was I reassured by pondering Father Van Dyke’s campaign-opening message, in which the words “Jesus Christ” did not appear. Neither did Pope Francis’s call for the Church’s institutions to prepare missionary disciples as part of what the Pope has called a “Church permanently in mission.” And neither did the word “God,” save for a closing “Thanks, and God bless.”

Father Van Dyke did mention that “Ignatian values” were one of the “pillars” of Georgetown prep’s “reputation for excellence.” And he did conclude his message with a call for “men who will make a difference in a world that badly needs people who care, people who, in the words Ignatius wrote his best friend Francis Xavier as he sent him on the Society of Jesus’s first mission, will ‘set the world on fire’.” Fine. But ignition to what end?

Ignatius sent Francis Xavier to the Indies and on to East Asia to set the world on fire with love of the Lord Jesus Christ, by evangelizing those then known as “heathens” with the warmth of the Gospel and the enlivening flame of the one, holy, catholic, and apostolic faith. St. Ignatius was a New Evangelization man half a millennium before Pope St. John Paul II used the term. St. Ignatius’s chief “Ignatian value” was gloria Dei, the glory of God.

Forming young men into spiritually incandescent, intellectually formidable and courageous Christian disciples, radically conformed to Jesus Christ and just as deeply committed to converting the world, was the originating purpose of Jesuit schools in post-Reformation Europe. Those schools were not content to prepare generic “men for others;” they were passionately devoted to forming Catholic men for converting others, the “others” being those who had abandoned Catholicism for Protestantism or secular rationalism. That was why the Jesuits were hated and feared by powerful leaders with other agendas, be they Protestant monarchs like Elizabeth I of England or rationalist politicians like Portugal’s 18th-century prime minister, the Marquis of Pombal.

Religious education in U.S. Catholic elementary schools has been improved in recent decades. And we live in something of a golden age of Catholic campus ministry at American colleges and universities. It’s Catholic secondary education in the U.S. that remains to be thoroughly reformed so that Catholic high schools prepare future leaders of the New Evangelization: leaders who will bring others to Christ, heal a deeply wounded culture, and become agents of a sane politics. Jesuit secondary education, beginning with prominent and academically excellent schools like Georgetown Prep, could and should be at the forefront of that reform.

Jesuit secondary education is unlikely to provide that leadership, however, if its self-presentation brackets God and announces itself as committed to “the greater glory” of…whatever.