The following is a prayer originally published in Open Wide Our Hearts, a 2018 pastoral letter published by the United States Conference of Catholic Bishops. Read the full letter here.

Mary, friend and mother to all,
through your Son, God has found a way
to unite himself to every human being,
called to be one people,
sisters and brothers to each other.

We ask for your help in calling on
your Son,
seeking forgiveness for the times when
we have failed to love and respect
one another.

We ask for your help in obtaining from
your Son
the grace we need to overcome the evil
of racism and to build a just society.

We ask for your help in following your Son,
so that prejudice and animosity
will no longer infect our minds or hearts
but will be replaced with a love
that respects the dignity of each person.

Mother of the Church,
the Spirit of your Son Jesus
warms our hearts:
pray for us. 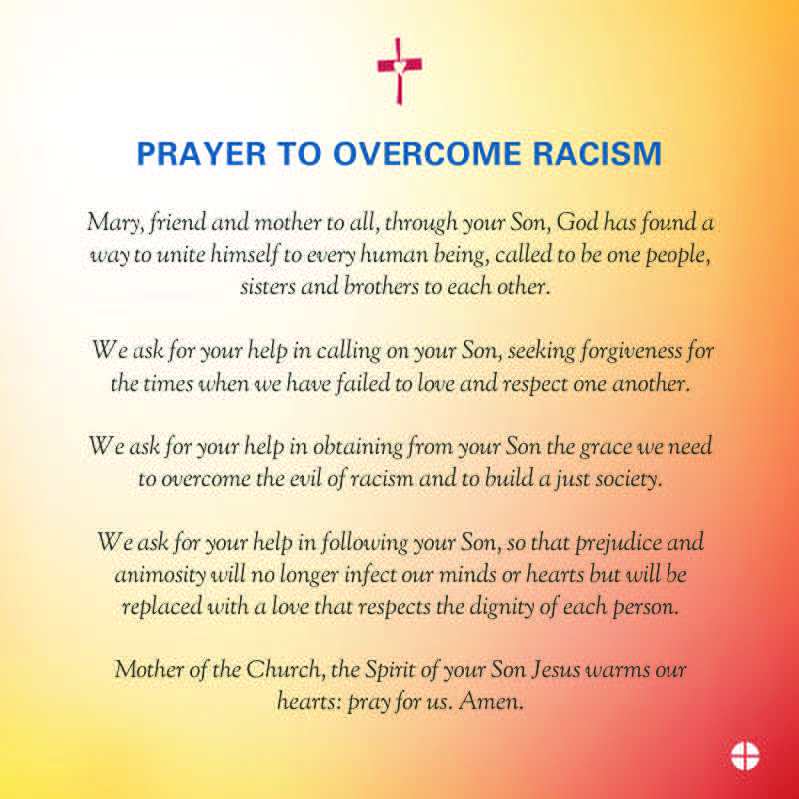 Archbishop Samuel J. Aquila has issued the following statement on the death of George Floyd and the ensuing protests in Minneapolis, Denver, and cities across the United States:

“The death of George Floyd this past Monday was horrifying for any person of good will. The inhumane action of one police officer has impacted the entire country and caused undue damage. Racism has no place in the Gospel message or any civil society.

The outrage around the death of George Floyd is understandable and justice must be served.

Yet the violence that we have seen throughout the streets of Denver and other cities in our country only ​advances a culture of death and hatred. Violence against innocent people has no place in a civil society and must come to an end.

I encourage the faithful of the archdiocese to examine our consciences on how we promote a culture of life on all levels, to pray for the conversion of hearts of those who promote racism, to pray that our society may return to a culture of life, and finally and most importantly​, to pray for the repose of the soul of George Floyd, for his family in their loss, and that justice may be served in his case.”